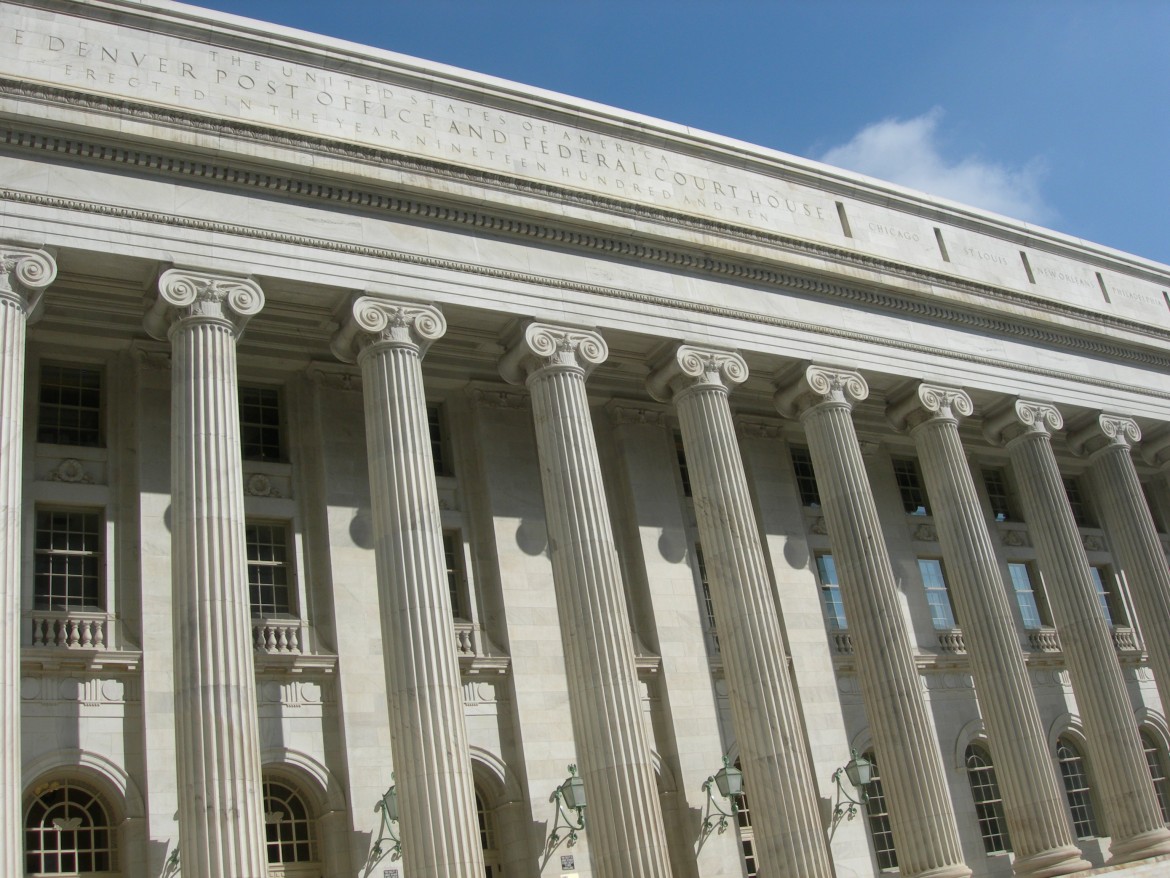 The Byron White U.S. Courthouse in Denver Colorado, the location for the U.S. Court of Appeals for the Tenth Circuit.

The 10th Circuit Court of Appeals said did not overturn the conviction for a former Rio Arriba County Sheriff who is serving a ten year sentence after a traffic stop gone bad.

The Byron White U.S. Courthouse in Denver Colorado, the location for the U.S. Court of Appeals for the Tenth Circuit. Photo: Wikicommons

Rodella was convicted of violating a man’s civil rights during the traffic stop, which took place when Rodella was off-duty.

After his conviction last year, Rodella was removed from office but he vowed to fight on and brought his appeal to the 10th Circuit Court of Appeals.

On Wednesday, the Appeals Court affirmed the jury’s decision, saying that “the evidence of Rodella’s guilt was overwhelming” and found only small errors.

“We conclude that their cumulative effect was harmless,” the court said of the errors in the case, including references during the government’s closing argument.

Rodella’s appeal also argued, among other things, that the evidence was insufficient to support his conviction and that the court improperly admitted evidence of previous incidents by Rodella.

In 2014, Rodella chased down and pulled over a man. The man, who said he was upset at being tailgated by the jeep driven by Rodella, tapped his brakes and flipped off the jeep. Rodella then chased him down. He and his son pulled the man out of the car while holding him at gunpoint.

Rodella did not show a badge until the man was on the ground and Rodella slapped the badge against the man’s face.

State law says that sheriffs must have no felony convictions. The state Supreme Court has also ruled that elected officials convicted of felonies forfeit their chance to stay in office. Rodella had already lost in the Democratic primary for Rio Arriba sheriff, so was only serving out his term.

In addition to the ten year and one month sentence, Rodella also was ordered to pay a $200,000 fine.

The conviction brought an end to a controversial career in public service by Rodella.

He was involved in a controversial scholarship fund where he allowed those pulled over for traffic violations to donate $500 to the fund instead of receiving a ticket.

Rodella was removed from his position as magistrate judge in 2008 and barred from running for judicial office. It was after this that he ran for sheriff.

He is married to State Rep. Debbie Rodella, D-Espanola.