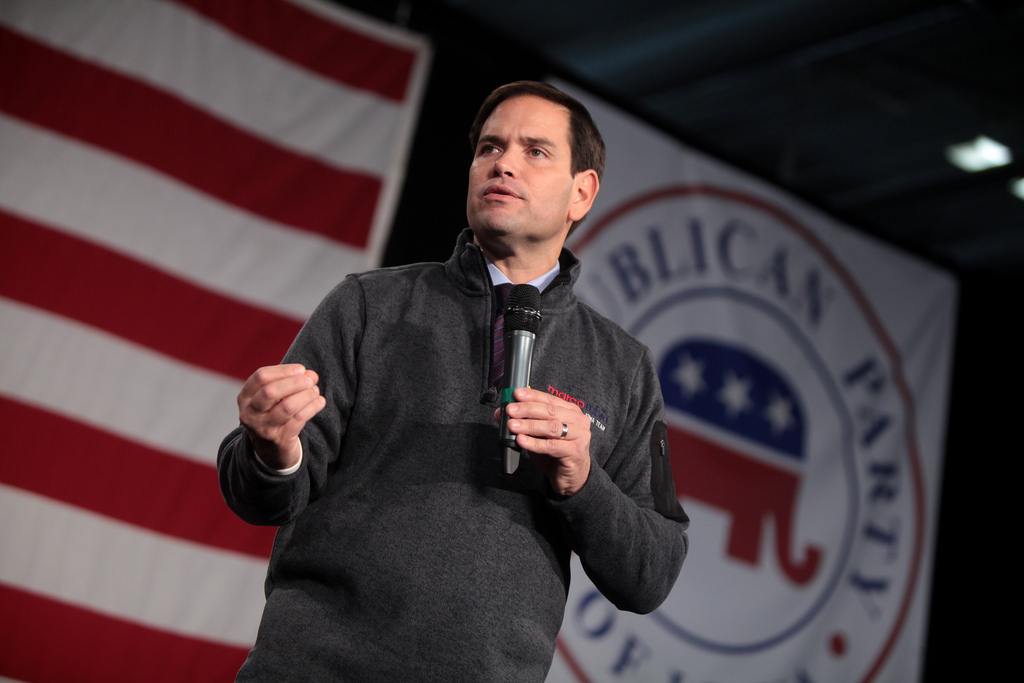 Republican Presidential candidate and Florida Senator Marco Rubio spoke in South Carolina about those he thought would be good choices for a running mate on a presidential ticket and mentioned Martinez by name.

Rubio said the good news is Republicans have a deep talent pool from which to pick a vice presidential running mate. One name that he mentioned in particular: the governor of New Mexico, Susana Martinez.

Rubio said a VP choice “has to be someone who is ready to be president” and “someone you can work with.”

The Democratic National Committee, which has stepped up criticism of Rubio in recent weeks, responded to the news.

“They say the biggest indicator of a presidential candidate’s judgement is who they select as their running mate,” DNC spokesman Eric Walker said in a statement on Thursday. “With a little less than a year to go until the election, Marco Rubio already failed that test.”

The DNC pointed out that Martinez was interviewed by the FBI about an apparent investigation into her political advisor, Jay McCleskey. The FBI is also reportedly looking into allegedly retaliatory audits from Martinez’s Taxation and Revenue Department.

Rubio is currently polling in third place among Republicans nationally, though his numbers are trending up as frontrunners Donald Trump and Ben Carson have seen their numbers dip in recent weeks.

Martinez was a name frequently mentioned in 2012 as a potential dark horse for a running mate for Mitt Romney. Romney ended up choosing U.S. Rep. Paul Ryan, R-Wisc. Ryan is now Speaker of the House.

Martinez has frequently said in the past that she has no interest in being Vice President and that her focus is on New Mexico and taking care of her sister, who was born with cerebral palsy. A spokesman for Martinez repeated this on Friday to the Associated Press.

Earlier this week, Politico Magazine raised the possibility of Martinez serving in the cabinet of a Republican president. The magazine noted that in Canada, new Prime Minister Justin Trudeau has a cabinet which is 50 percent women.

Neera Tanden, the president of the progressive Center for American Progress, mentioned Martinez as a possible cabinet member.

“For a Republican Cabinet, New Mexico Gov. Susana Martinez would be more than qualified to lead the Justice Department, and South Carolina Gov. Nikki Haley would be a highly capable choice to head the Department of Homeland Security,” Tanden wrote.

Martinez’s predecessor as governor, Bill Richardson, was the head of the Department of Energy under Bill Clinton. His stint in the cabinet came before he served as governor.

Update: Added information about Martinez speaking to the Associated Press on Friday.