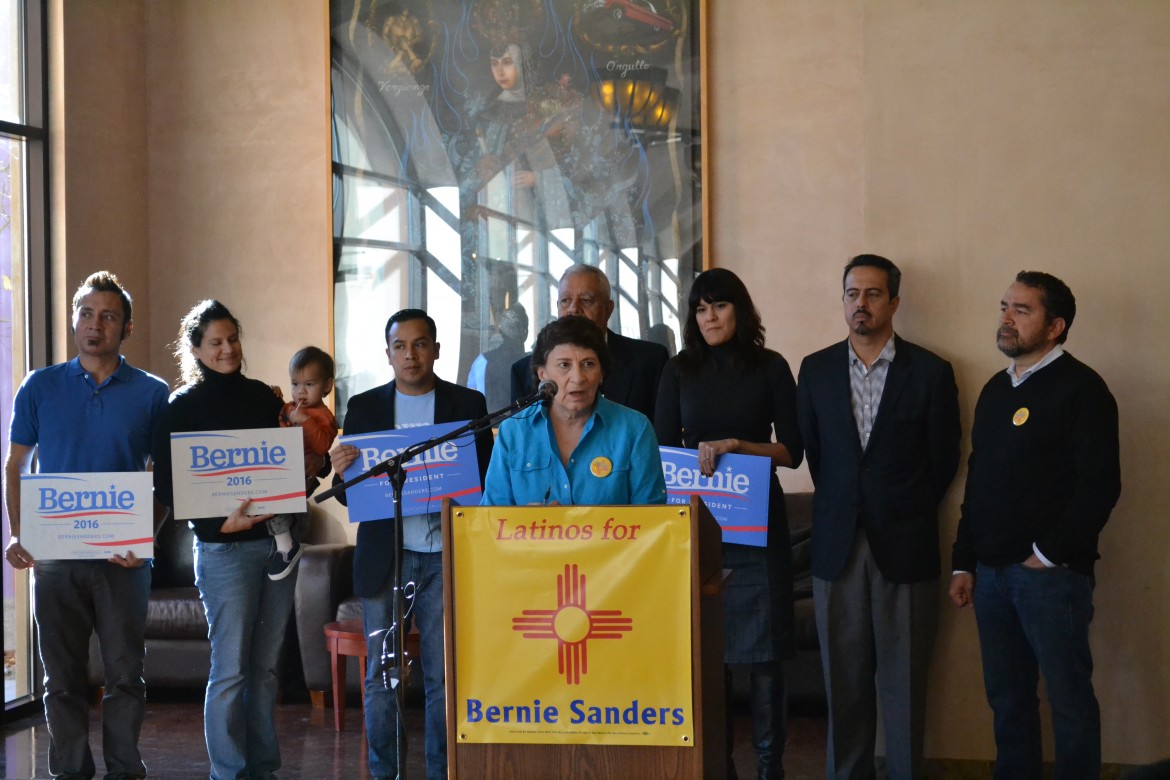 Grijalva is known for being a co-chair of the Congressional Progressive Caucus and his outspoken views on environmental and income equality issues.

“Bernie’s the one that you send down,” Grijalva said, referring to a canary. “If the air is breathable, other politicians follow.”

Garduño told the crowd he supports Sanders for president because of the Vermont Senator’s push for economic equality.

“We recognize the necessity of good health care ed and strong families as does Senator Sanders. That’s why I support him,” Garduño said.

Earlier this year, Sanders held a rally in Arizona with a surprisingly large turnout considering the Republican majority of the state.

When asked if New Mexico could expect such a turnout if Sanders came to the state, Grijalva said, “If you hold a rally in Santa Fe, you’re going to have a huge turnout.”

Some national polls are showing that 30 percent of Democratic voters are in favor of Sanders, behind frontrunner Hillary Clinton’s 50 percent.

A Sanders campaign official told NM Political Report it was likely Sanders would schedule a stop in New Mexico, but he couldn’t say when.

New Mexico is one of the last states to hold a primary election, which means a nomination for Sanders would not likely hinge on the state.

In 2008, when the New Mexico Democratic presidential caucus was held earlier in the calendar year, Clinton narrowly edged Barack Obama.

No superdelegates from New Mexico have endorsed either Sanders or former Maryland Governor Martin O’Malley.

Grijalva was also slated to appear at a Sanders rally on the University of New Mexico campus Friday afternoon.