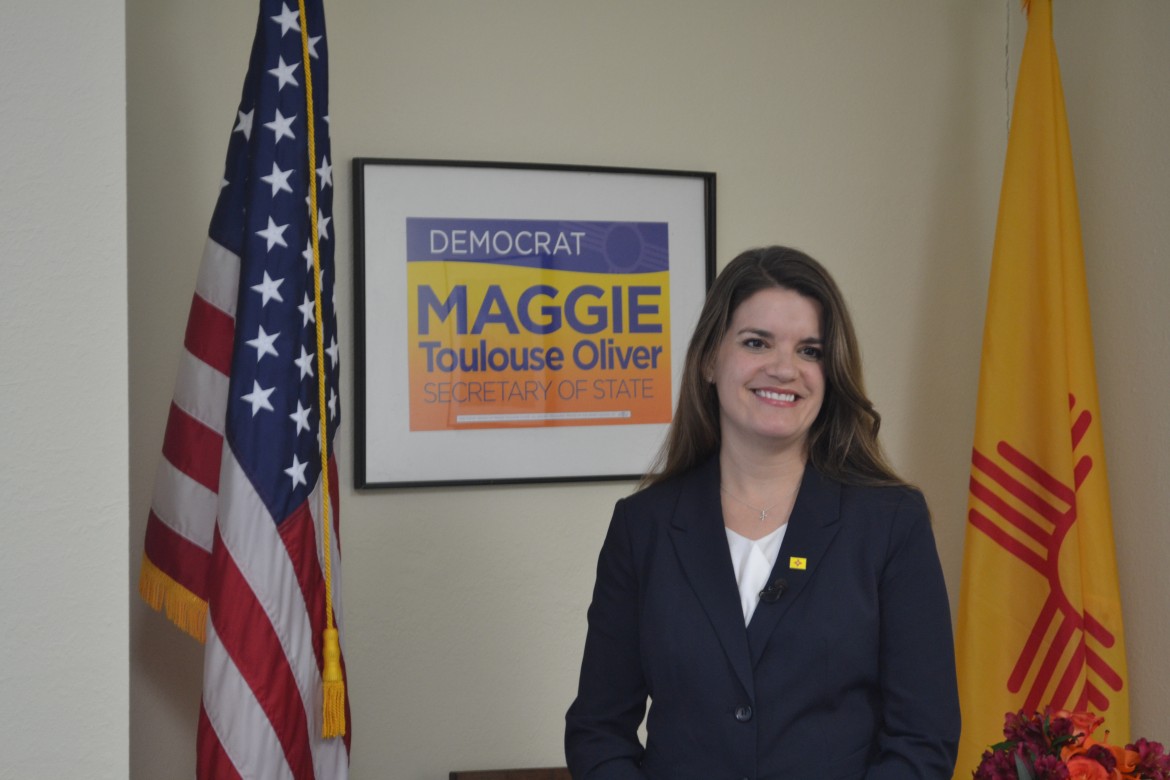 Toulouse said she is making transparency and accountability of elected officials a priority of her campaign.

“My top priority will be to enact thoughtful and innovative reforms to New Mexico’s campaign finance system and hold elected officials, government employees, candidates, lobbyists and all political groups to the highest levels of ethical standards and accountability,” Toulouse said in a statement.

Specifically, she said she will tackle campaign finance and reporting if she is elected.

“The plan is first and foremost to address the campaign finance system in New Mexico,” Toulouse said.

Toulouse ran unsuccessfully against then-incumbent Dianna Duran for Secretary of State in 2014. After Duran resigned from office amid criminal charges last year Toulouse one of the people who applied for in the position. Gov. Susana Martinez eventually appointed Albuquerque City Councilor Brad Winter.

Leading up to Duran’s resignation, the Secretary of State’s office proposed rule changes for campaign finance and reporting. The public hearing for those rules was scheduled for the same day that Duran announced her resignation. The office announced that rule changes would be put on hold until a replacement Secretary was appointed. Toulouse told NM Political Report that even if Winter pushes the proposed rule changes through, there is still room for improvement.

Toulouse said, if elected, she would also address the issue of campaign finance reporting and enforcement.

Toulouse is currently the only official candidate for the office. Primary elections will be held on June 7 this year.