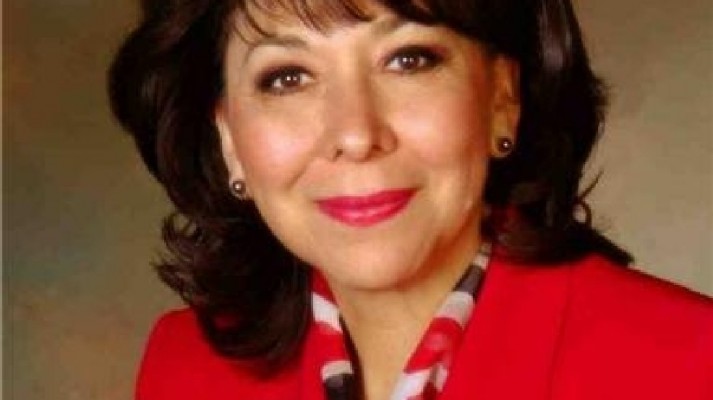 A former New Mexico Secretary of State announced on Wednesday that she is seeking petition signatures to run for the position again.

On her personal Facebook page, Rebecca Vigil wrote that she was seeking 5,000 signatures by Feb. 2 to secure a spot in the Democratic pre-primaries. She said she has not officially announced her candidacy and was clear that she had a long way to go.

“I have several bridges to cross before I can make the announcement that I will be in the race for Secretary of State,” Vigil wrote.

NM Political Report tried to contact Vigil on Wednesday, but spoke to her on the phone Thursday morning.

“This is not a formal announcement,” Vigil said. “I have a lot of work to do.”

Vigil served three terms in the position. She was first elected as the Secretary of State in 1986 and again in 1998. She held the position until 2006 when her term limit was up. Statewide officials can hold the position for two consecutive terms, then can run again.

The public’s view of Vigil is likely colored by legal troubles stemming from her time in the Secretary of State’s office.

In 2009 Vigil, then known as Vigil-Giron, and three others were indicted on charges that she embezzled federal money earmarked for voter education. Throughout her trial, Vigil maintained her innocence and accused then-Attorney General Gary King of holding a politically-motivated vendetta against her. A judge removed King from prosecuting the case.

After numerous delays, the judge eventually dismissed the charges saying Vigil’s constitutional right to a speedy trial was compromised. Vigil still says she did nothing wrong and said of the prosecution, “They had no evidence.”

Even as King ran for governor, Vigil remained critical of King and his role in the prosecution.

Vigil told NM Political Report that she is not worried about criticism regarding the accusations and plans to run on her years of experience in the office.

“There will always be haters out there,” Vigil said.

Vigil was the first in a string of controversial Secretaries of State. Her successor Mary Herrera found herself at the center of scandals and lost an election to Dianna Duran in 2010. Herrera was accused of abusing her power and intimidating her staff. After almost five years in the position, and winning reelection, Duran herself resigned when she was charged with stealing her campaign funds.

Vigil said her situation was different from her two successors.

“I was never placed in the position that both Dianna Duran and Mary Herrera were placed in,” Vigil said.

When asked if the Secretary of State’s office needs to regain the public trust, Vigil said it’s the elected officials who have a bad reputation, not the staff of the office itself.

“It’s not the office that has a black eye,” Vigil said. “It’s the person that has the black eye.”

If Vigil succeeds at getting signatures and officially announces her candidacy, she will head to the primaries against Bernalillo County Clerk Maggie Toulouse Oliver, who announced her candidacy last week.

Toulouse Oliver was the Democratic nominee for Secretary of State in 2014, losing to Duran.

In a statement, Toulouse Oliver said she welcomes all candidates who wish to run.

“It’s more important than ever that we have a strong, robust debate about the ethics, transparency and accountability needed to ensure New Mexicans can trust our state government,” Toulouse Oliver said.

Vigil also applied for the interim Secretary of State position. Gov. Susana Martinez ultimately picked Albuquerque City Councilor Brad Winter. Vigil said she was “compelled” to run again because she wanted to continue public service in New Mexico. She said she is “not running against Maggie” but simply wants to run for office.