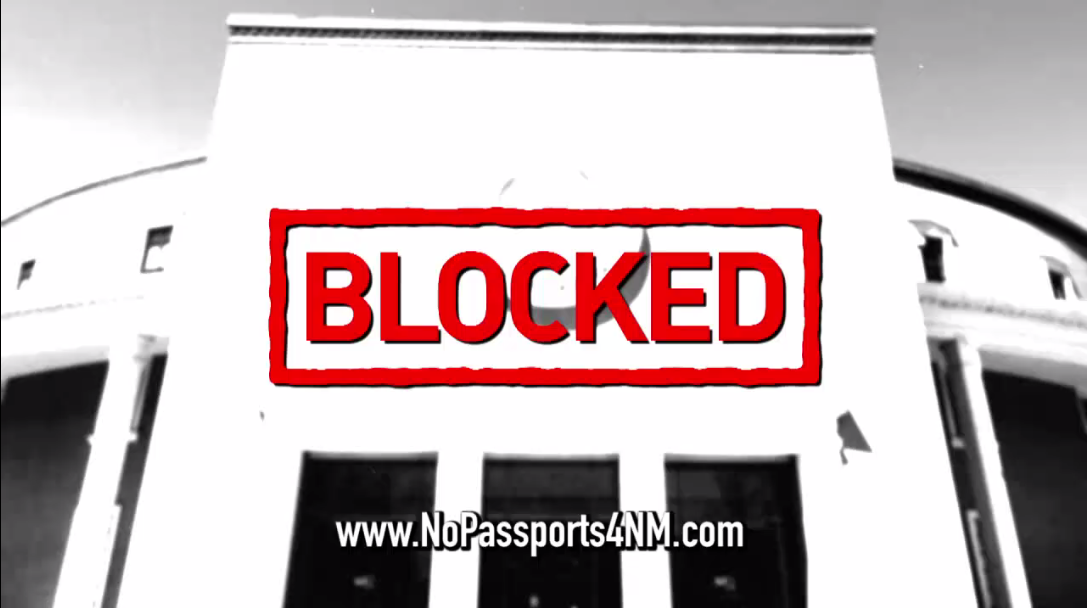 The ad is paid for by Advance New Mexico Now, a political action committee, and features Martinez speaking out against a state law that allows undocumented immigrants to obtain driver’s licenses.

“This is not about immigration, it’s about public safety,” Martinez said in the ad. “And it’s time we repeal this dangerous law.”

The ad pushes for what it calls a “compromise” bill that was pre-filed before the legislative session which begins on Tuesday.

NM Political Report left a voicemail for the treasurer listed on the PAC’s most recent campaign finance report but did not hear back by press time.

The ad encourages New Mexicans to call their respective legislators and ask them to support HB 99, sponsored by Reps. Paul Pacheco, R-Albuquerque, and Andy Nuñez, R-Hatch. The bill would allow a “driving privilege card” for those who do not provide a social security number or proof of “legal presence in the United States.”

Nuñez, whose picture appears in the commercial, told NM Political Report that he wasn’t aware of the ad but that he hopes it gets the message across.

“We just hope we get this done,” Nuñez said.

While the ad mentions Nuñez and Pacheco, it mispronounces Pacheco’s name.

Martinez has vowed to sign the bill, a significant departure from past years where she limited her support to stopping those who are in the country illegally from legally driving.

Critics of the Pacheco-Nuñez bill say it goes beyond the REAL ID requirements and that other states allow those who cannot prove they are in the country legally, or choose not to, to receive driver’s licenses.

Democrats are pushing for a different bill like those other states that would allow those who cannot prove they are in the country legally to get a driver’s license but not one that is valid for federal identification purposes.

The Senate passed a version of a bill on driver’s licenses last year similar to what Democrats are supporting in this upcoming session.

Driver’s licenses for those who are not in the country legally has been a hot-button issue for the last five years. The federal government’s involvement brought it again to the front-burner when it recently stopped accepting New Mexico driver’s licenses at some federal facilities.

Claims that New Mexicans soon would not be able to board domestic flights with New Mexico driver’s licenses proved unfounded, as the federal government said states would have at least two years to come into compliance.

This is because of REAL ID, a federal law passed in the years following 9/11 in an attempt to modernize licenses and make them more secure. Some states have pushed back on the law, prompting the federal government to extend deadlines on penalties for noncompliance repeatedly in past years.

The federal Department of Homeland Security said that it would grant a waiver if legislators and the governor could agree on a compromise, something members in the state House and Senate have been unable to do in recent weeks.

Instead, the issue  will likely be a primary focus for yet another session.

This isn’t the only advertising campaign aimed at the session that begins on Tuesday; an ad campaign on child poverty that mimics the state Tourism Department’s New Mexico True campaign has drawn widespread attention and ire from the Martinez administration.