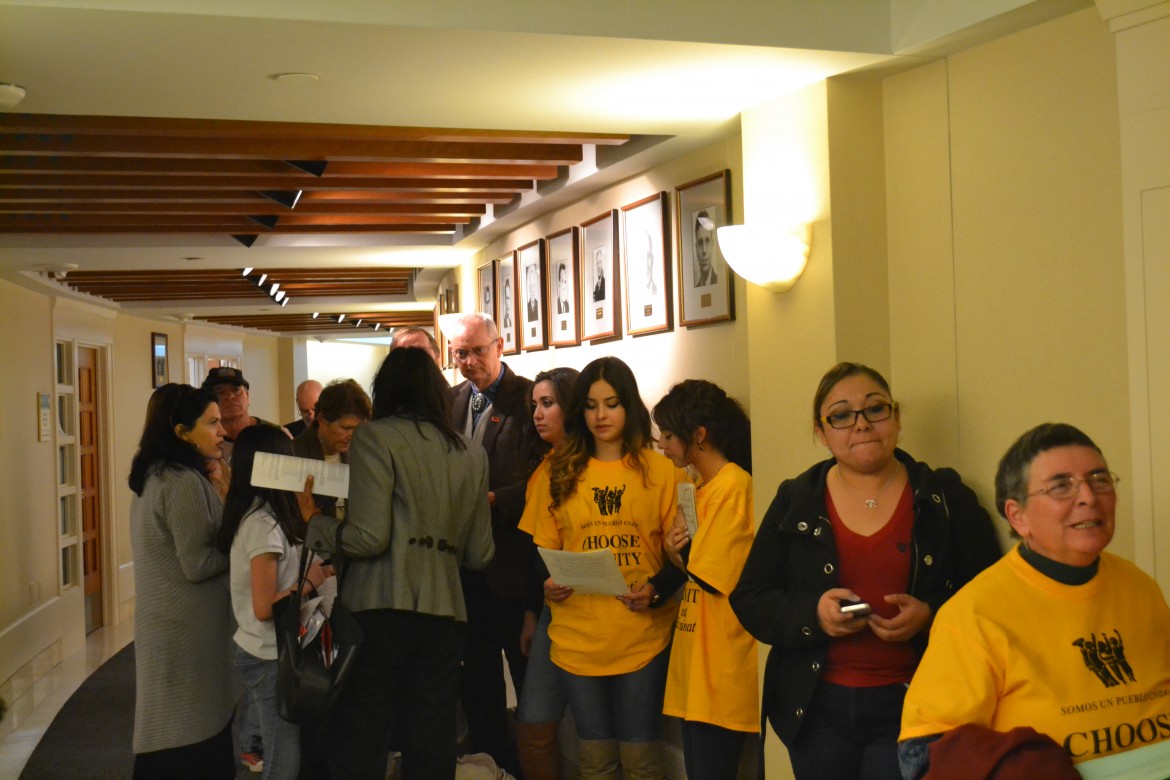 Pete Campos is a Democrat who represents Senate District 8.

Lost amid the confusion, frustration and posturing regarding the federal government’s mandates for state driver’s licenses is an obvious solution:  create a REAL ID card for those New Mexicans who want it and who qualify for it and keep the debate over driver’s licenses for immigrants separate.

No one is happy with the federal government’s decision to change the requirements to board an airplane just to fly from Albuquerque to Denver.  But, we all want a safe and secure country, and we recognize that the changes are the result of the investigation into how terrorists managed to board airplanes on September 11, 2001.

It’s our job now to do what we can to help New Mexicans get the documents they need to travel by air.

It is worth repeating that this issue has everything to do with the federal government’s authority to decide who is allowed on airplanes and absolutely nothing to do with the state’s authority to decide who is allowed to drive on our roads.  Undocumented immigrants will continue to drive in New Mexico.  It is in our best interests to make sure they are properly trained, licensed and insured.  Nothing we do will allow undocumented immigrants to board airplanes, and taking away their driver’s licenses or calling their license a “card” won’t allow the rest of us to use our licenses to fly.

Your New Mexico driver’s license is good to board an airplane until January 22, 2018.  If we meet the federal requirements by then, your license will be good for federal purposes until October 1, 2020.  After that, everyone will need identification approved by the federal government — such as a REAL ID driver’s license, passport or passport card — to board an airplane.

I propose that we create an easy-to-obtain, inexpensive REAL ID card, similar to the passport card, that New Mexicans can use to board aircraft.  The REAL ID card could be issued for up to eight years by the state’s Motor Vehicle Division and the private companies that issue driver’s licenses, so New Mexicans would have a wide choice of locations from which to obtain the card and would likely get it faster than a passport.

Those New Mexicans who already have a passport, passport card or other identification that the federal government accepts to fly, and those New Mexicans who simply don’t fly, won’t have to collect and provide the government with highly personal and sensitive information about themselves to get a REAL ID-compliant driver’s license.  One of the many untold stories of REAL ID is that to get a REAL ID driver’s license, you’ll have to allow the state to copy your passport or birth certificate and your social security card or another document that contains your social security number and store those copies for seven to 10 years.

Many people are justifiably concerned about sharing copies of those documents with the government simply because they want a driver’s license.  Sadly, we are all too aware of how vulnerable our personal information is, whether that information is stored by government agencies or retail stores.

The other advantage of this solution is that it separates the problem of New Mexicans not being able to board airplanes from the question of issuing driver’s licenses to immigrants.  The two issues are, in fact, separate and have only been linked for political advantage.  The federal government does not care if a state issues driver’s licenses to immigrants, and there is nothing in the federal REAL ID Act of 2005 that prohibits a state from doing so.

Let’s end the politicization of this issue and find a reasonable, common-sense solution like creating a REAL ID card for New Mexicans.