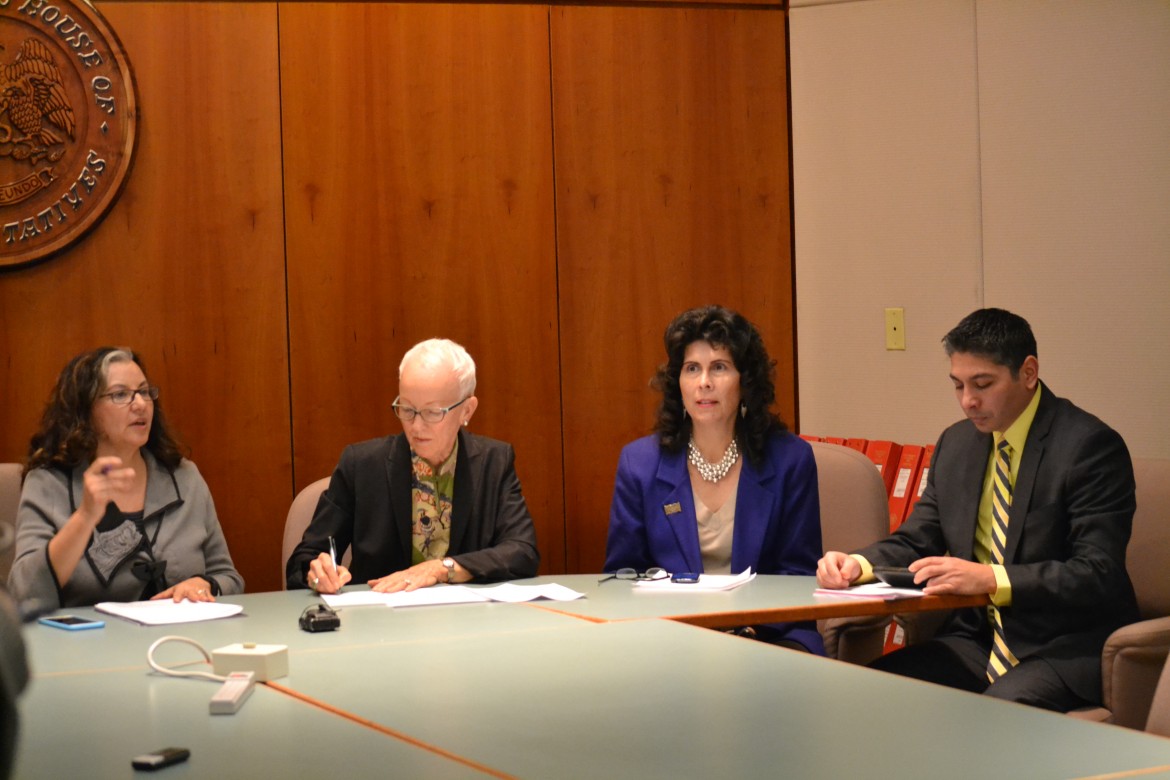 Domestic abuse victim advocate groups and Democratic lawmakers met on Thursday to speak out against fingerprints and background checks in driver’s license legislation preferred by the House.

“As we work to eliminate violence in the home we should not institute policies that restrict survivors’ ability to obtain a license that can help them get an order of protection against an abuser,” Lewis said.

Lewis went on to say that background checks and fingerprint requirements would create “an additional barrier, and an unnecessary barrier” for some immigrants.

Sen. Linda Lopez, D-Albuquerque, said many women in her district have been able to escape abusive situations by having a driver’s license by being able to drive.

“We’ll be back in the situation we were in before 2003, when we had a lot of unlicensed drivers,

our insurance rates were higher and our community was less safe,” Chasey said, referring to the 2003 law that allows undocumented immigrants to get a driver’s license in New Mexico.

Gov. Susana Martinez has stood on her platform to repeal the current driver’s license law since she first ran for governor, and it has been a perennial issue for the last six years. Martinez indicated for the first time this year that she would accept some sort of compromise.

Recent pressure from the federal government to require New Mexico to become compliant with the federal REAL ID Act has increased the anxiety around the state and the urgency around the issue.

House Republicans pushed for a bill that would issue driving privilege cards to undocumented immigrants after a background check and fingerprinting is conducted.

The Senate heavily amended the House version, HB 99,  to closer match the Senate version sponsored by Sens. John Arthur Smith, D-Deming, and Stuart Ingle, R-Portales. The bill does not require fingerprints for those who do not have a REAL ID-compliant license.

The Ingle-Smith bill also does not require those who are in the country legally to have a REAL ID-compliant license.

The bill is currently pending in the Senate Finance Committee, though those involved have indicated in recent days that talks on a compromise continue.

If the Senate accepts HB 99, the House would need to agree with the Senate changes before it heads to Martinez’s desk.