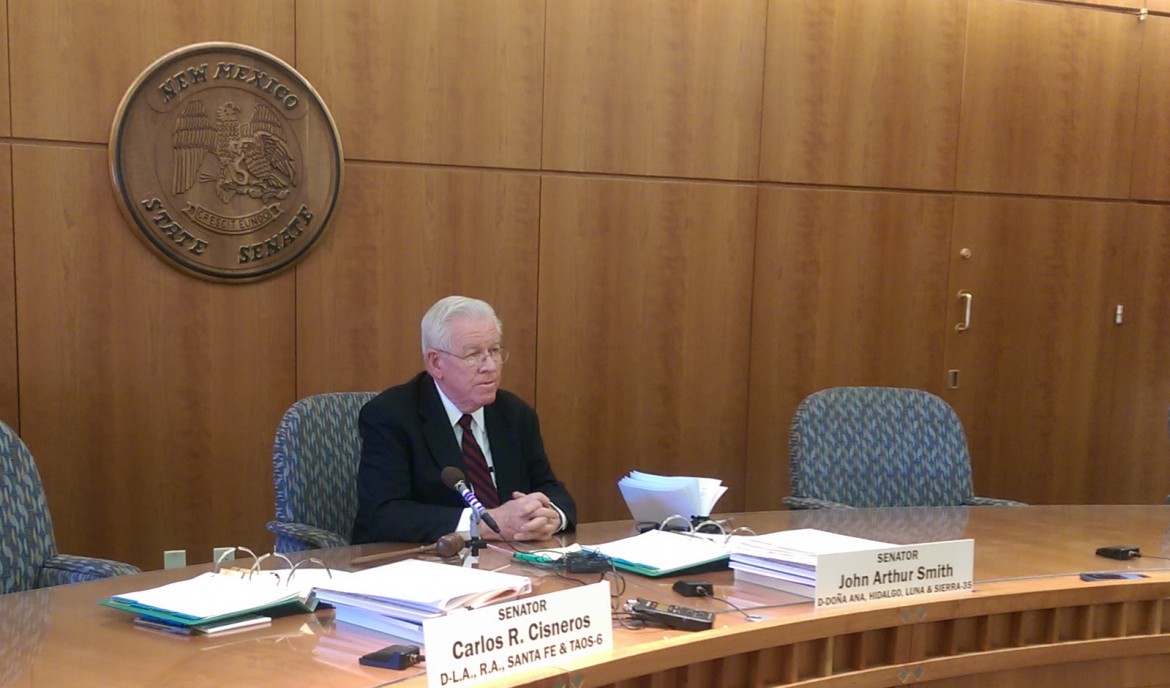 That $30 million in new money that the House version of the state budget relies on? It’s not there.

Sen. John Arthur Smith, D-Deming, told reporters this during a sobering update on the challenging budget situation in a press conference Thursday morning.

“We’re not going to have quick remedy,” he said.

And it isn’t just this year’s budget. A worst-case scenario puts the state $700 million to $900 million in the hole between both the remaining months of this budget year and the next budget year.

Smith said that if the House had the latest numbers before passing a budget this weekend, they likely would have taken another tack. Still, he’s optimistic that the Legislature will pass a budget before noon next Thursday.

What that budget will look like at this point is anyone’s guess, though Smith says the budget bill likely won’t look like it did when it passed the House.

“I don’t know exactly what we’re going to do at this stage,” Smith said when asked if services would need to be cut or taxes raised to balance the budget.

Even so, Smith said there isn’t any magic bullet that can solve this.

“We don’t have any potential revenue streams that can offset the oil and gas revenues,” Smith said.

He mentioned delaying corporate income tax cuts could save the state $20 million to $25 million.

Still, that’s a drop in the bucket compared to what’s needed, according to Smith.

“Not being able to predict the end on this one is where it’s more difficult,” Smith said.

Smith did have one small silver lining to the dark cloud of news.

“We no longer have a structural deficit, we have an actual deficit,” Smith said. “We’re trying to give the executive branch lots of flexibility in trying to move money around when that bill comes across.”

Smith said the Senate Finance Committee would have more knowledge of what the budget will look like when gross receipts numbers from the State Taxation and Revenue Department come in, likely on Friday. Smith was given a preview of the latest numbers from the State Land Office, which would be oil and gas revenue, and while he didn’t expand, he implied that they did not look good for the budget.

Smith said that he was confident a budget would pass but he seemed less confident that it would prove to be a balanced budget as revenues continue to fall.

He even brought us the dreaded phrase “special session” a number of times, unprompted, as a real possibility.

One thing that he said they would try to avoid at all costs is layoffs of state employees.

“The last thing we want to do in the state of New Mexico is lay off,” he said, noting that even in 2008 and 2009 when other states laid off employees, New Mexico was able to get by with furloughs and a hiring freeze.