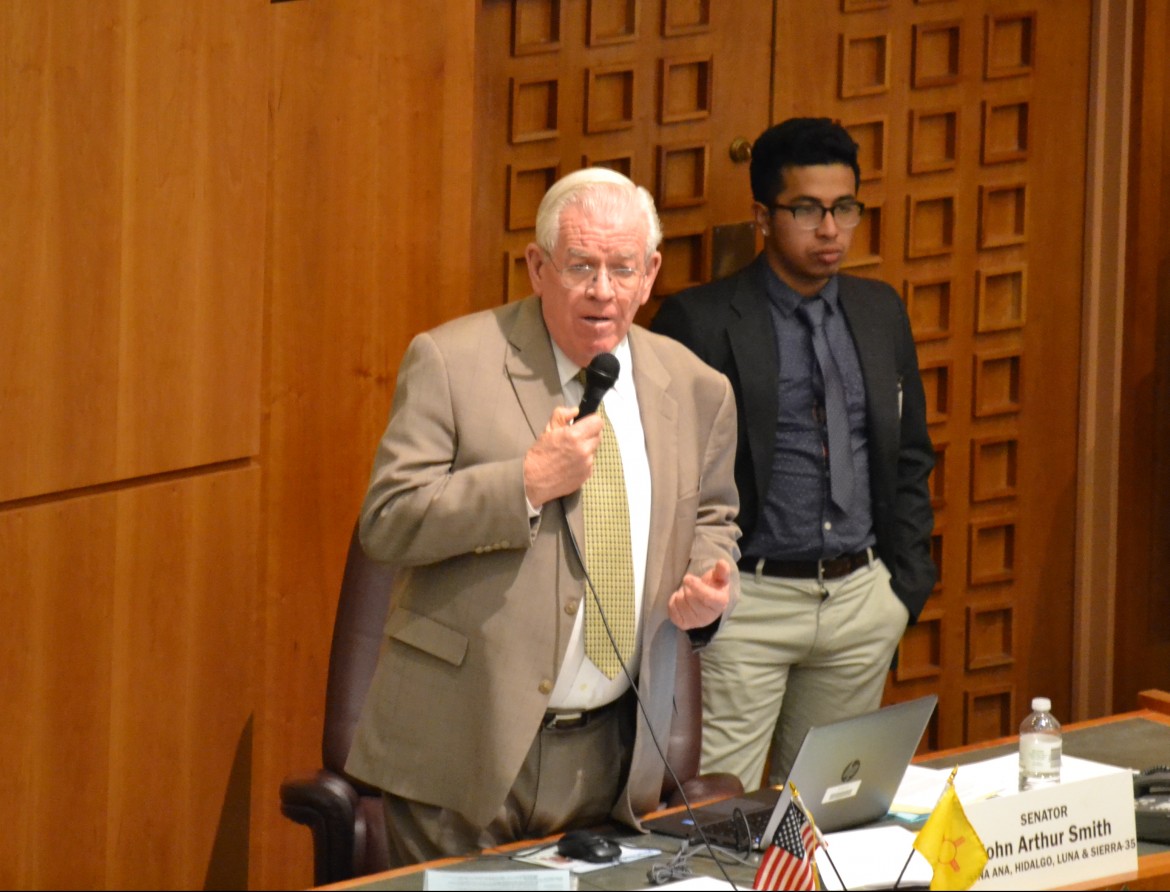 Just one day after hammering out a compromise in a key committee, the full Senate overwhelmingly passed the compromise bill, sending it to the House.

The legislation is now just one vote from the House away from heading to the governor’s desk.

Ingle said he understands everybody may not be happy with the bill. He added that it’s the result of a mandate from the federal government, referring to the state’s recent failure to get a waiver on compliance with the federal REAL ID Act from the U.S. Department of Homeland Security.

“We’re doing our best here to compromise for everyone in the state,” Ingle said.

The Senate’s lone vote against the bill came from Sen. Linda Lopez, D-Albuquerque. Prior to her vote, Lopez warned of the consequences of mandating fingerprinting from undocumented immigrants who don’t already have licenses.

Earlier in the week, Lopez held a press conference with community advocates denouncing fingerprint requirements for creating an “additional” and “unnecessary” barrier for immigrants who are not in the country legally to being able to drive.

“Although there’s some tightening up [in the bill], there’s still going to be a chilling effect of what comes out of this,” Lopez said on the floor Saturday.

Lopez voted for the 2015 version of the bill; the five Republicans who voted against the 2015 legislation all supported the 2016 version.

Many Senators thanked Ingle and Smith for bringing forward the compromise and  many Republican members recognized Reps. Paul Pacheco, R-Albuquerque, and Andy Nuñez, R-Hatch, for bringing the original House version.

Pacheco and Nuñez saw their bill receive a large amendment in the first Senate committee after passage in the House.

Jennings lost an election in 2012 in an expensive race, with the driver’s license issue as one of the key issues.

The vote comes one day after the Senate Finance Committee compromised with House sponsors on fingerprinting requirements. The bill requires only immigrants who are not in the country legally and who don’t already have driver’s licenses to submit fingerprints to qualify for driver’s authorization cards.

They would only need to be fingerprinted once, not each time they renew an authorization card.

Authorization cards could stay valid for up to four years.

This likely brings a close to the years-long issue of driver’s licenses for those who are in the country illegally. The impetus for the compromise, as Ingle said, came largely from the federal government, which late last year did not give New Mexico a waiver for compliance.

This means that licenses currently cannot be used to enter federal facilities. Sen. John Sapien, D-Corrales, said one of the reasons he supported the bill came from hearing from contractors worried workers are not able to enter federal bases with state driver’s licenses.

“The concern is their workers who do not have passports are not being allowed on the base where they work,” Sapien said.

If the state receives a waiver from the federal government, which legislators and the executive branch are confident will happen, New Mexico licenses could again be used to get on federal facilities. It also means that current New Mexico licenses would be able to be sued for identification to fly until 2020.