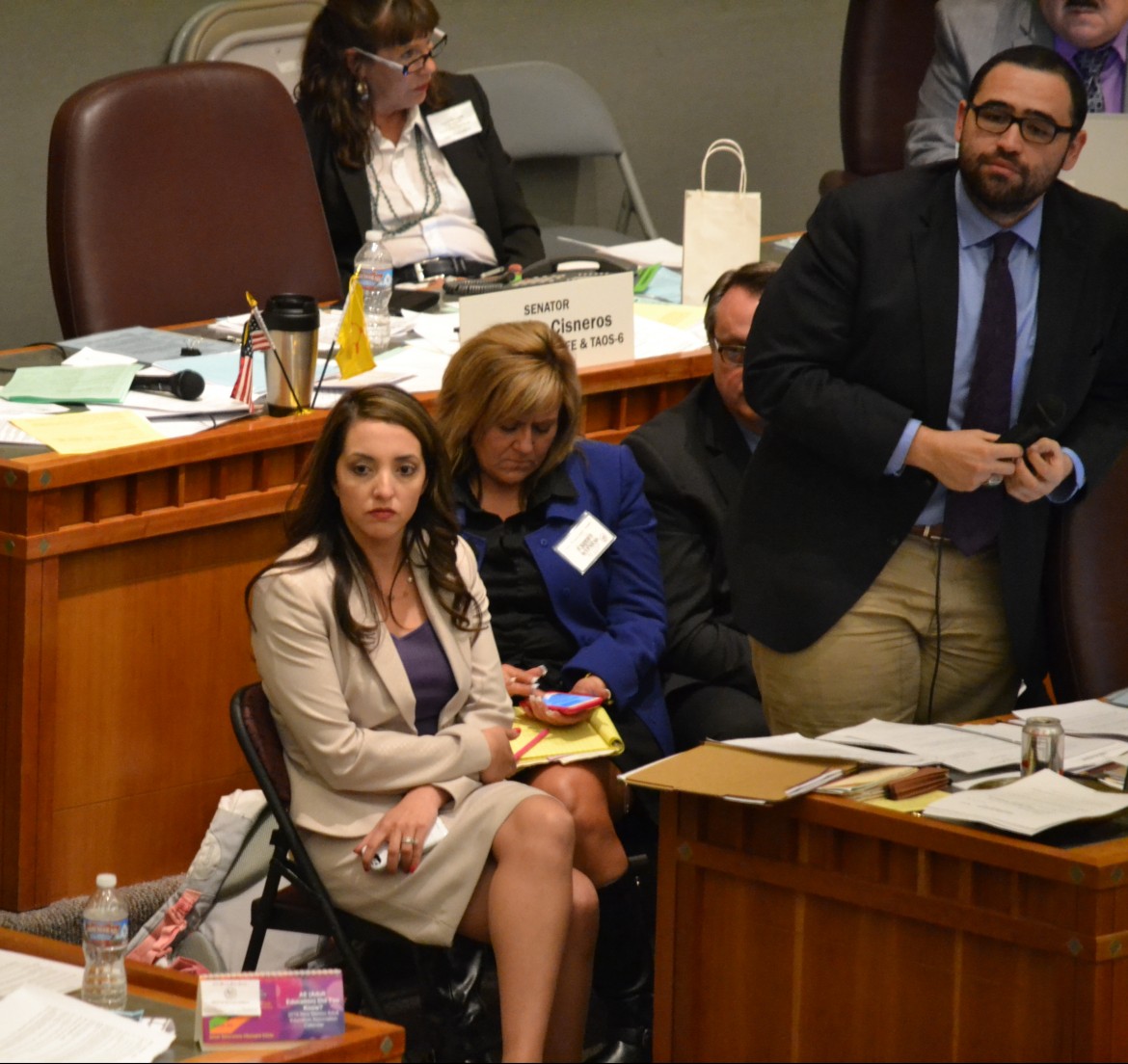 Update: Early Thursday morning the House voted to pass the Senate version and sent the legislation to the governor.

While the bill itself passed unanimously and without any debate, the major flash point came after a proposed amendment by Sen. Mark Moores, R-Albuquerque.

This time, however, Sen. Lisa Torraco, R-Albuquerque, objected. And then the Senate upheld her objection.

“I can’t tell you how disappointed I am,” Moores said after the Senate kicked his expert witnesses off of the floor.

A Sergeant at Arms escorted them off the floor.

“The attorney general has not been helpful to this process whatsoever,” Torraco said, alluding to the previous night where staffers from that office left the Senate Finance Committee hearing after an amendment they disagreed with passed.

“I really fear that they are not productive to this process,” Torraco said. “This is about the Legislative body making decisions.”

Lt. Gov. John Sanchez had to remind the Senate to keep their decorum on the emotional subject.

NM Political Report reached out to a spokesman for the Attorney General for a response. If we receive one, it will be added to this story.

Moores’ amendment would have allowed charges for each separate image of child pornography, and it faced heavy opposition for the possibility of upsetting a compromise made between various groups and legislators.

Torraco was the most vocal against it, and criticized Moores for saying that “there are a lot of defense attorneys speaking on this.”

Torraco said she took “personal offense” to Moores’ “insinuation” that she opposed increased penalties because she is a defense attorney. Most of the Senate joined her to vote Moores’ amendment down.

“I do think that this is a tough one because we’ve had so many red herrings thrown at us about what this bill will eventually do,” Sen. Bill Sharer, R-Farmington, said.

Moores’ amendment failed on a vote of 8 in favor and 30 against.

The legislation will now have to go back to the House for concurrence, which seems likely with the bill’s main sponsor, Rep. Sarah Maestas Barnes, R-Albuquerque, on board.

Though exempting consensual teen sexting came up on the floor a few times when Moores referred to it, it was just one of the changes made by the Senate.

The Senate changes make penalties for possession of child pornography from 18 months to 10 years, the penalties for distribution to 11 years and the penalty for manufacturing to 12 years. For anything involving children under the age of 13, an additional year could be added to the sentencing.

A provision on consensual teen sexting prompted the Attorney General’s office walkout in Senate Finance Committee. It exempts those from ages 14 to 18 from prosecution if they voluntarily, without coercion, created and sent the image to another person.

The Attorney General’s office said that this could be used as a loophole.