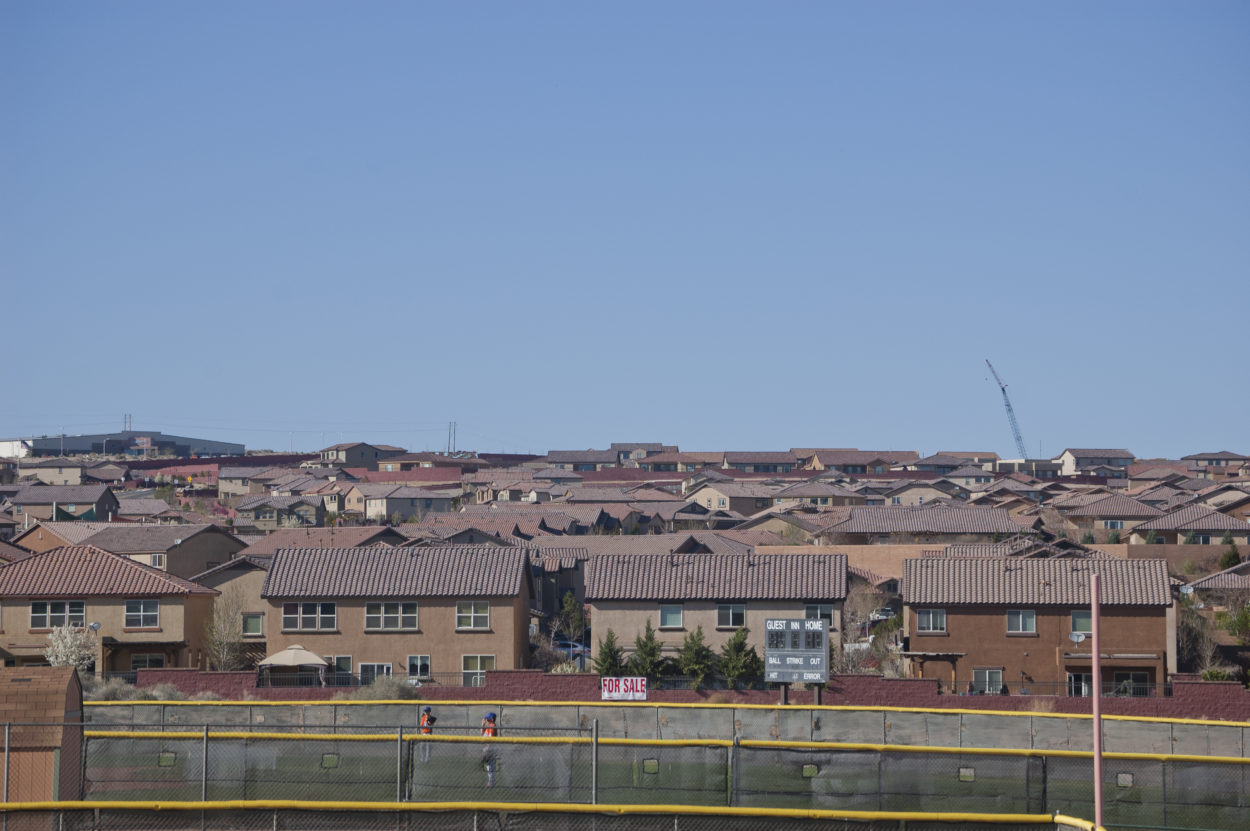 When the Bernalillo County Commission considered and eventually approved the first stages of a controversial planned community last summer, commissioners took public subsidies for the development off the table.

Nine months later, those subsidies are back on the table.

Santolina is a planned community that developers say would cover 22 square miles of land on Albuquerque’s West Side and house up to 90,000 people over the next 40 to 50 years.

County Commissioner Deborah O’Malley, who voted against approving both the Santolina’s  master plan and development plan last year, called the application for the 80 tax incentive districts WALH is asking for in total a “stunner.”

“At first I thought there was a mistake when I got the letter from the economic development director,” O’Malley said in an interview.

PIDs would generate new taxes on people living in and buying products within Santolina once the planned community is developed. TIDDs are taxes on new economic activity that develops as the property develops.

In both cases, the money is meant to reimburse landowners for costs of development.

John Salazar, an attorney for WALH, says the application is for a long-term financial mechanism for Santolina that would last over a 40 to 50-year period. He says that WALH’s application doesn’t contradict statements he made to the commission last year that “the developer is committed to pay 100 percent of the infrastructure.”

“Anything that is public, the developer is still going to pay for it,” Salazar said, but that “would be entitled to reimbursement.”

He also stresses that the county commission will have the ultimate say on whether any PIDs or TIDDs for Santolina actually happen.

“They misled the commission,” O’Malley said of WALH.

She recalled the many times she brought up the issue of TIDDs during Santolina hearings.

“They wouldn’t say, ‘No, we’re not going to apply,’ but they basically said it would be unlikely,” she said.

During the contentious hearings last spring and summer, commissioners amended the Santolina development agreement to bar the county from committing to any subsidies for the project ahead of its build-out. This was partly a response to an earlier draft of WALH’s Santolina development agreement that mentioned PIDs and TIDDs as part of the future financing of the planned community.

“Given the concern, WALH took it out,” Salazar said of that provision. “The commission made it clear it wasn’t agreeing to anything.”

Commissioner Wayne Johnson, who voted for the Santolina master plan and development plan, said it makes sense not to conflate land use with economic development.

“Now we’re moving into the financial side of the development, which is really a separate issue,” Johnson told NM Political Report.

For a project tasked with a multiple decade-long buildout, there seems to be a sense of urgency to get approval for the PIDs and TIDDs. Salazar said WALH is hoping to get the issue resolved by the end of this year.

That may be because Santolina has narrow support from the commission. Last year, nearly all of the big votes for the development went on a 3-2 pattern, with O’Malley and Maggie Hart Stebbins opposing and Johnson, Art De La Cruz and Lonnie Talbert in support.

De La Cruz, a vocal Santolina proponent, is term-limited and serving his last year on the commission. Two candidates running to replace him—Adrian Pedrosa and Steven Michael Quezada—have publicly criticized Santolina. Two other candidates for that seat, Patricia Paiz and Robert Chavez, say they’re undecided on that project for now.

Correction: This story previously reported that one of the four candidates to replace Art De La Cruz supported Santolina. In fact, two have expressed opposition and two are undecided.

View all Albuquerque West Side articles →