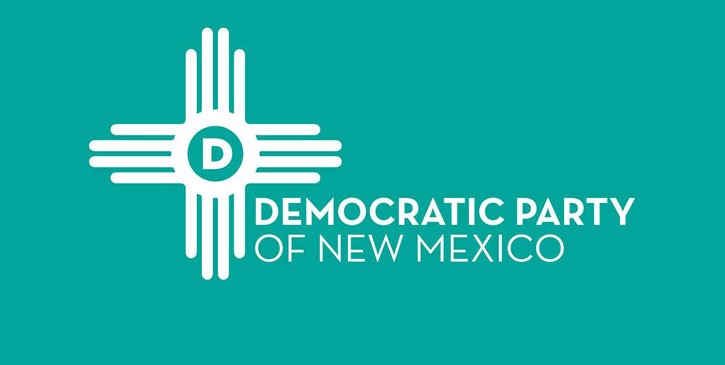 Democrats also gathered to adopt a statewide platform that would be something Democratic candidates can point at as a list of values. It is non-binding and a candidate does not have to agree to all (or even any, technically) of the “planks” of the platform to be a candidate.

Still, it is a good gauge of what the activists believe is important to the statewide party and is generally changed every two years.

The Democrats who gathered went to vote on the platform and just over 59 percent agreed to endorse the platform; it takes 60 percent of delegates to adopt a platform.

“59% of voting delegates voted in favor of the proposed platform, which was a few votes short of the required 60% threshold to adopt it,” DPNM spokesman Joe Kabourek told NM Political Report in a statement Monday. “We are excited to build on that transparent process and to continue an inclusive conversation about our party values.”

As for what this means, Kabourek said that the party rules don’t address this specifically.

“We are trying to see if this circumstance has occurred in prior years,” he said.

“In the meantime, if someone asks us what our most recently passed platform is, we will refer them to the 2014 platform,” he continued.

Democratic activist and former DPNM rules committee member Terry Riley was one of those advocating to reject the proposed platform.

In all, according to Riley, the platform failed by just 2.5 votes, or “by the skin of our teeth.”

Riley handed out fliers to attendees informing them of the changes critical of the proposed changes. He said on Monday “it doesn’t say squat” and that it was not specific on any point.

The changes were fairly extensive.

The entire arts plank of the proposed 2016 platform simply stated, “We recognize that flourishing arts help to grow our economy; we, therefore, encourage public support for the arts with funding, marketing, training, and increased accessibility.“

Other planks were also pared down. A comparison of the changes, provided by Riley, is available at the bottom of this post.

Kabourek pointed towards the transparency of the process.

“New Mexico Democrats have a rich tradition of coming together to have a meaningful dialogue about the values of the party,” Kabourek said. “This platform process was certainly no different. In fact, it was one of our most transparent processes ever.”

Riley said he served on the rules committee for eight years but left after “personal attacks” on himself and others.

“I was trying to defend a very strong, powerful, well-rounded platform,” he said.

Riley says he reached out to Democratic Party chair Debra Haaland afterward to extend an olive branch. He said that she promised a meeting with John Dyrcz, the head of the rules committee.

The Republican Party of New Mexico did not change its platform and so had no vote on their platform at the primary convention several weeks ago. The party did, however, change the uniform state rules, a spokesman told NM Political Report on Monday.