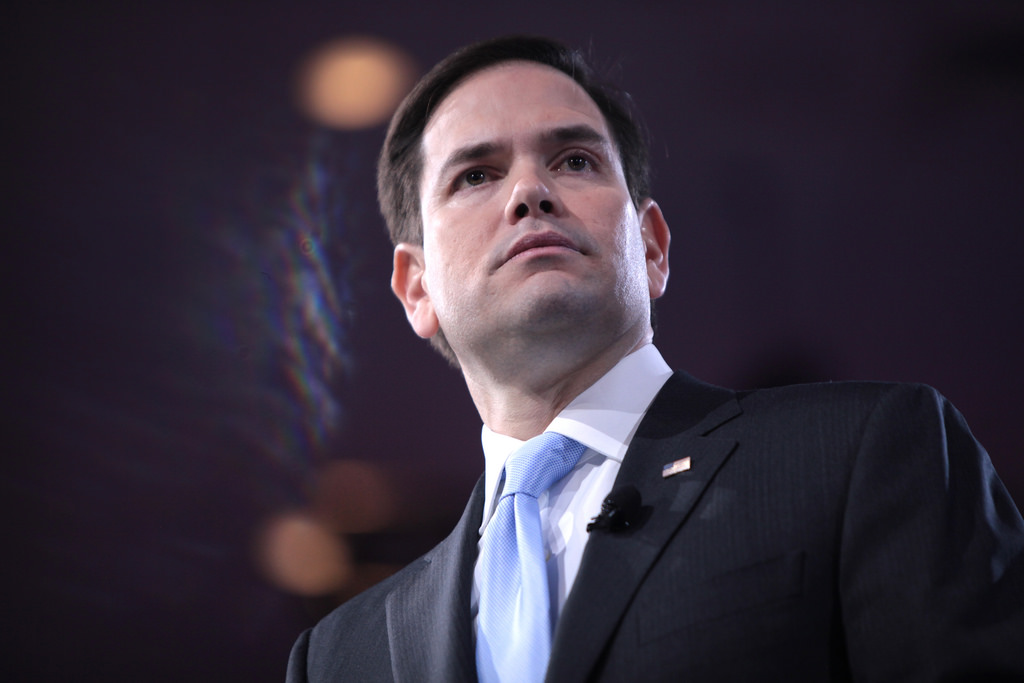 Susana Martinez took a calculated risk in endorsing Marco Rubio two weeks ago. He was seen as the pragmatic and establishment choice for Republicans in a year dominated by, well Donald Trump.

But after getting crushed in his home state of Florida, Rubio dropped out. This isn’t to say it will impact Martinez that much (a LOT of Republicans endorsed Rubio), but it still isn’t a good look.

And then it comes to the question of… Trump.

—Democrats continue to pressure Susana Martinez when it comes to Trump and if she will support his candidacy if he wins the Republican nomination..

“While Donald Trump becomes more and more toxic, Governor Martinez still refuses to stand up to the Republican front-runner,” Jared Leopold, the Democratic Governors Association Communications Director, said in a statement. “It’s been two weeks since Governor Martinez was asked whether she would support Trump as the nominee. Her silence is deafening.”

The state Democrats also leapt in.

“With Marco Rubio out of the race, it’s time for Governor Martinez to come clean on whether she will support Donald Trump as the Republican nominee,” said Debra Haaland, Chairwoman of the Democratic Party of New Mexico. “Governor Martinez has been hiding from reporters on Trump. New Mexicans deserve an honest answer on whether our governor stands with Donald Trump and his offensive remarks and out-of-the-mainstream policy positions.”

The DGA statement came before Rubio dropped out.

If Trump is the Republican nominee (which looks more and more likely after each primary or caucus), then a lot of Republicans will be hard-pressed on whether they support him, especially in New Mexico; Trump is wildly unpopular among Hispanics and Latinos and New Mexico has the highest percentage of Hispanic and Latino residents.

—Here comes the other shoe from the oil price drop.

Not only is the state budget hurting because of the low price of oil, but now the downturn is resulting in big job losses.

The January numbers released by the state Department of Workforce Solutions indicate the state lost 1,800 jobs between January 2015 and January 2016. The 12-month job decline for the mining sector, which includes oil and gas development, was 7,700 jobs, which means more than 25 percent of the workforce was downsized in the one-year period due to falling energy prices.

This hurts a lot of other areas, including income for the state through personal income taxes, gross receipts taxes. And it means more people that need unemployment, not to mention lower wages in general.