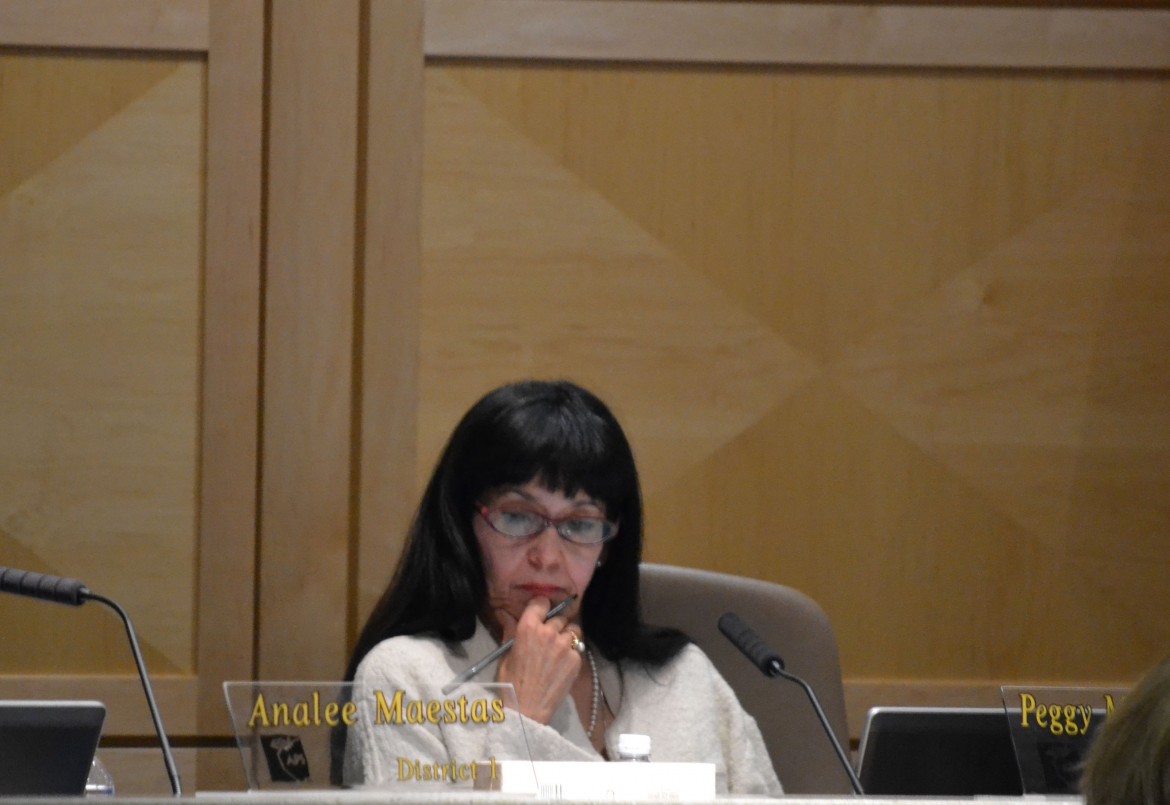 After an hour of passionate public comment on transgender rights, a Wednesday Albuquerque Public School Board of Education meeting ended with the district’s superintendent requesting further work.

A majority of public comment was regarding whether transgender students’ rights should be protected under a federal law that also protects students rights based on gender. The Department of Education said in 2014 the law, known as Title IX, included protections on the basis of gender identity.

Board member Peggy Muller-Aragón who was the only member who spoke against the measure, said she had received hundreds of emails in opposition.

“The loudest side is not always the right side,” she said of the large number of people who spoke in favor of the measure.

Though the agenda did not mention the proposal as an action item, it still received a lot of attention after Muller-Aragón spoke out against it in a previous meeting.

During Wednesday’s meeting many members of the public compared transgender discrimination to that of racial discrimination leading up to the civil rights movement in the 1960s. It was a comparison Muller-Aragón adamantly disagreed with.

“Anyone who wishes to compare this to the civil rights movement is plain ignorant,” Muller-Aragón said.

The handful of the public who stood in opposition of the proposal cited concerns about children’s safety. They also said the rights of the majority of children would be sacrificed for the benefit of a small minority.

Board member Steven Michael Quezada reminded the audience of the Pledge of Allegiance that was recited at the beginning of the meeting by most of those in attendance.

“It says and justice and liberty for all. Not for the majority, but for all,” Quezada said.

Muller-Aragón addressed the safety concern with a personal story about when she felt unsafe around a transgender person, six months prior. Muller-Aragón said she was physically barricaded in the bathroom.

“I went into a restroom and there was a transgender person that was in there. I was in there alone and they didn’t let me come out,” Muller-Aragón said while many members of the public audibly scoffed. “I don’t want that for any child.”

Adrien Lawyer, co-director of the Transgender Resource Center of New Mexico, told NM Political Report that transgender men and women are not interested in harassing or exposing themselves to others while in the bathroom.

“As a trans man, I would never dream of letting someone see my body in the bathroom,” Lawyer said. “You could never be more invested in not seeing my genitals than I am in you not seeing them.”

By the end of comments from the board and the public, acting APS Superintendent Raquel Reedy suggested that she take another look at the procedural directive to see if there are any changes she might need to make.

“It still has to follow federal law,” Armenta said. “The Department of Justice has mandated that.”

The initiative came after nationwide complaints against school districts for not complying with federal law.

View all Albuquerque Public Schools Board of Education articles →