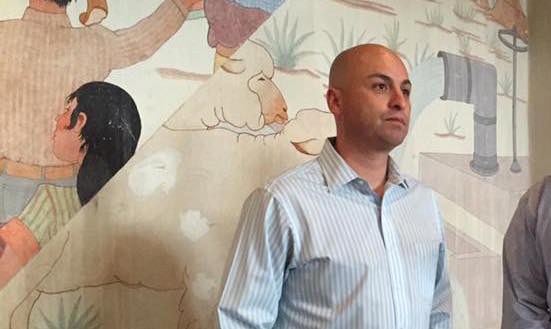 Twelve state attorneys general have asked the federal Department of Education to revoke the recognition of the much-criticized Accrediting Council for Independent Colleges and Schools.

Attorney General Hector Balderas was among the Attorneys General who signed onto the letter calling to strip ACICS of recognition from DOE.

If ACICS loses recognition, the many for-profit schools that it accredits could be cut off from the federal student aid that makes up the majority of their income.

The letter cited reporting from ProPublica that found that students at schools accredited by ACICS were worse off than students at other schools. At a typical ACICS-accredited college, only 35 percent of students graduate, the lowest rate of any accreditor. The national graduation rate is around 59 percent.

“Even in the crowded field of accrediting failures, ACICS deserves special opprobrium,” the attorneys general wrote in a letter released on Friday, saying that the actions of the accreditor had “ruined the lives of hundreds of thousands of vulnerable students whom it was charged to protect.”

The letter comes in advance of a Department of Education review of the accreditor, scheduled for June.

Asked about the letter, ACICS released a statement saying they had not received it. They added that ACICS “looks forward to reviewing all public comments and defending its merits” before the review.

ProPublica’s analysis also found that even after leaving college, students at ACICS-accredited schools face greater struggles in paying off their loans. Within three years of leaving school, one out of five students defaulted on their loans. About 60 percent of students could not even pay down one dollar of their loan principal.

Accreditors are nonprofit agencies that are supposed to ensure college quality. To qualify for the government’s student aid programs, colleges are required to get an accreditor’s stamp of approval. For the many for-profit schools that rely on federal loans for revenue, losing accreditation would a deathblow.

But the agencies rarely revoke a school’s accreditation, even when a college is facing serious allegations. ACICS, for example, allowed Corinthian Colleges to keep its accreditation until the day the college chain declared bankruptcy. Under ACICS’ watch, the school received $3.5 billion in federal aid, despite investigations from more than twenty state attorneys general, the Department of Education’s inspector general, the Consumer Financial Protection Bureau, and the Securities and Exchange Commission.

The attorneys general letter also stated that the membership of ACICS’ board and committees raised “serious questions about potential conflicts of interests and therefore ACICS’ ability to impartially evaluate those and other schools.”

As ProPublica has reported, two-thirds of ACICS’ commissioners since 2010 have worked as executives at for-profit schools while sitting on the council. And one third of the council’s commissioners came from highly scrutinized schools that had been subject to consumer-protection lawsuits, investigations by state attorneys general, or federal financial monitoring.

Following publication, ACICS called our story “misleading” and “cherry-picked.” It did not cite specifics.

In addition to the letter from the attorneys general, a coalition of 23 student and consumer protection organizations also released a letter on Friday to the Department of Education requesting that it revoke the recognition of ACICS.

Citing ProPublica’s reporting, the coalition described how the agency left “a massive toll of human devastation across the country” as a result of its lax gatekeeping.

The coalition includes the American Association of State Colleges and Universities, Consumers Union, the Service Employees International Union, the National Consumer Law Center, and the Institute for College Access & Success.

In a statement, ACICS said that it is “disappointed and regrets the misleading allegations” in the coalition letter.

Read the full letters from the attorneys general and from the coalition.