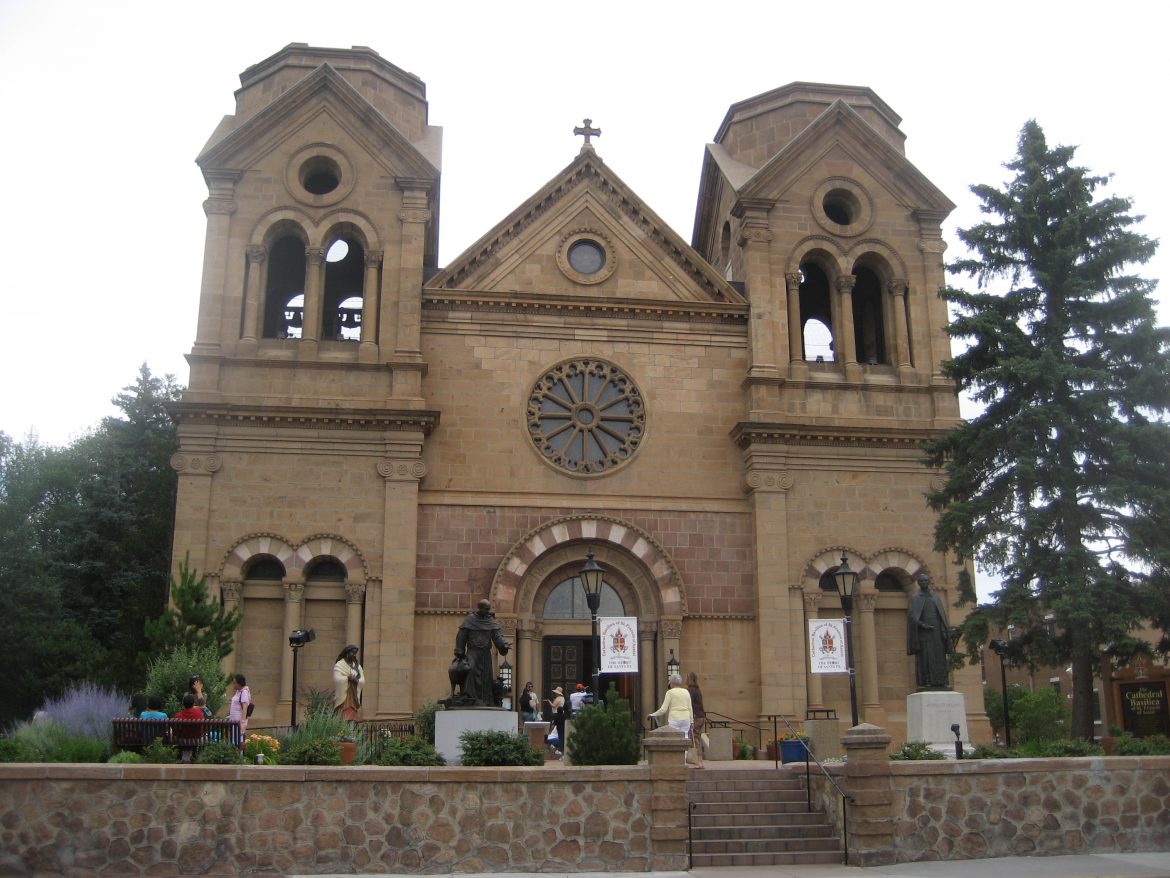 The Cathedral Basilica of St. Francis of Assisi in Santa Fe Flicr cc

The Archbishop of Santa Fe is sounding the alarm over the tone surrounding the political debate over immigration.

The Cathedral Basilica of St. Francis of Assisi in Santa Fe Flicr cc

Archbishop John Wester made the comments on Monday according to the Associated Press.

“I think some of the rhetoric coming out of this campaign is deplorable,” Wester said according to the wire service. “It’s scapegoating and targeting people like the immigrant, the refugee and the poor.”

New Mexico is the state in the nation with the largest Latino population; the most recent attempt by the Pew Research Center to see how many Latinos are Catholic put the percentage at 55 percent in 2013 (the number was 67 percent in 2010).

Immigration has been an issue where conservatives and the Catholic Church have differed, even while agreeing on many LGBT issues and abortion.

Wester did not name any candidate by name, but Republican frontrunner Donald Trump has been the most outspoken on the immigration issue since he entered the race last year.

Trump also has had a dispute with Pope Francis, the leader of the Catholic faith.

Earlier this year, Francis said when asked about Trump, “A person who thinks only about building walls, wherever they may be, and not building bridges, is not Christian.”

This came after a visit by Pope Francis to the U.S.-Mexico border.

“He made a beautiful statement this morning,” Trump said of the pope at the time. “They had him convinced that illegal immigration was like a wonderful thing. Not wonderful for us. It’s wonderful for Mexico.”

Trump blasted Mexican immigrants who are in the country illegally at his campaign launch, saying the country is “not sending their best.”