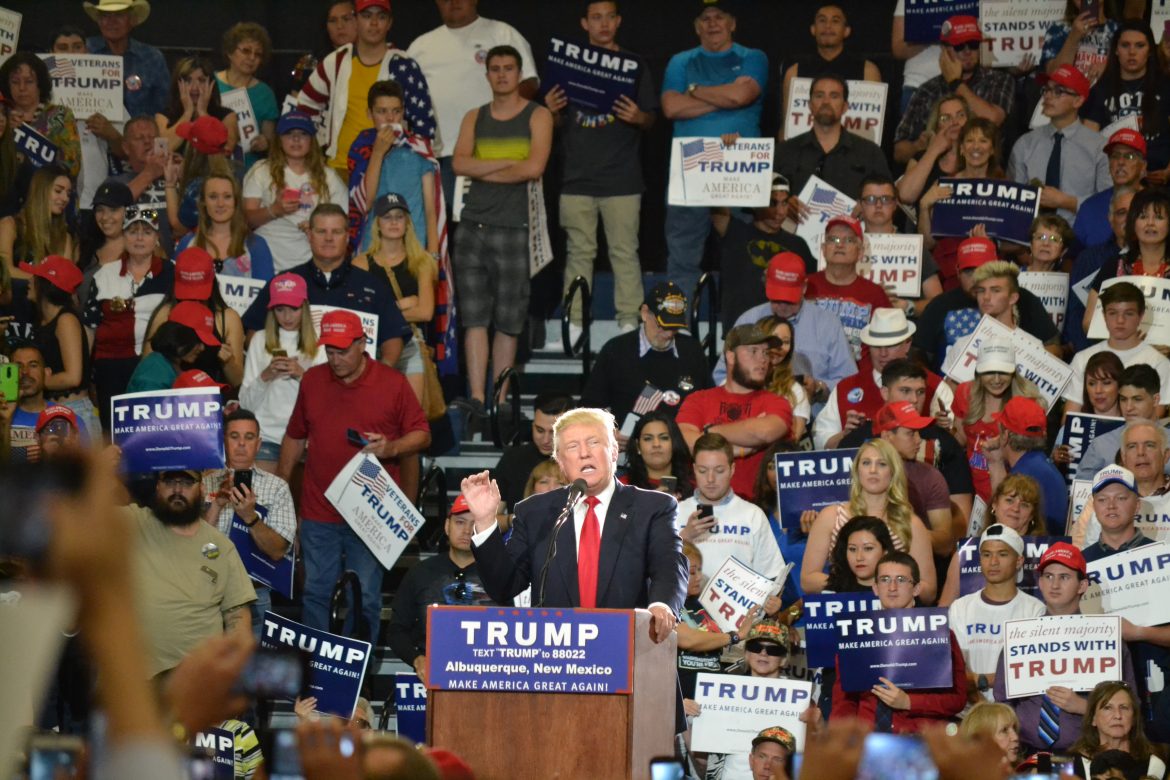 In a press conference in North Dakota where Donald Trump clinched the Republican presidential nomination, he said that New Mexico Gov. Susana Martinez will “come over to my side” and support him.

“I haven’t had the support of the governor of New Mexico, she was opposed, she was on somebody else’s side, which is fine, that’s everybody’s right,” he said, “I imagine she’ll come over to my side.”

Martinez endorsed Marco Rubio just a few weeks before he dropped out of the race.

The question came days after Trump slammed Martinez and her job performance, saying “She’s not doing her job.”

This led those in the Republican establishment to support Martinez, even those who have endorsed Trump.

Martinez so far has not endorsed Trump. She also has said she will not vote for Hillary Clinton, the likely Democratic candidate.

“I think as Republicans, as a party at least, we’re very proud that we elected the first Latina governor as a party, the first female governor in New Mexico, and she’s done a phenomenal job,” RNC Communications Director Sean Spicer said while on CNN.

A Martinez spokesman said earlier this week that Martinez would not be “bullied” into endorsing Donald Trump.

In 2012, Martinez did not endorse Mitt Romney until after the New Mexico primary. This year, the primary takes place on June 7.

A Trump ally, Jeffrey Lord, said on CNN that Martinez started it by criticizing Trump at an RGA event in April.

“She played the identity politics card, which is a cancer in the Republican Party,” Lord said.

He said that she “was insulted about things she said because she’s a Latina. She’s not a Latina, she’s an American citizen. Race has nothing to do with this.”