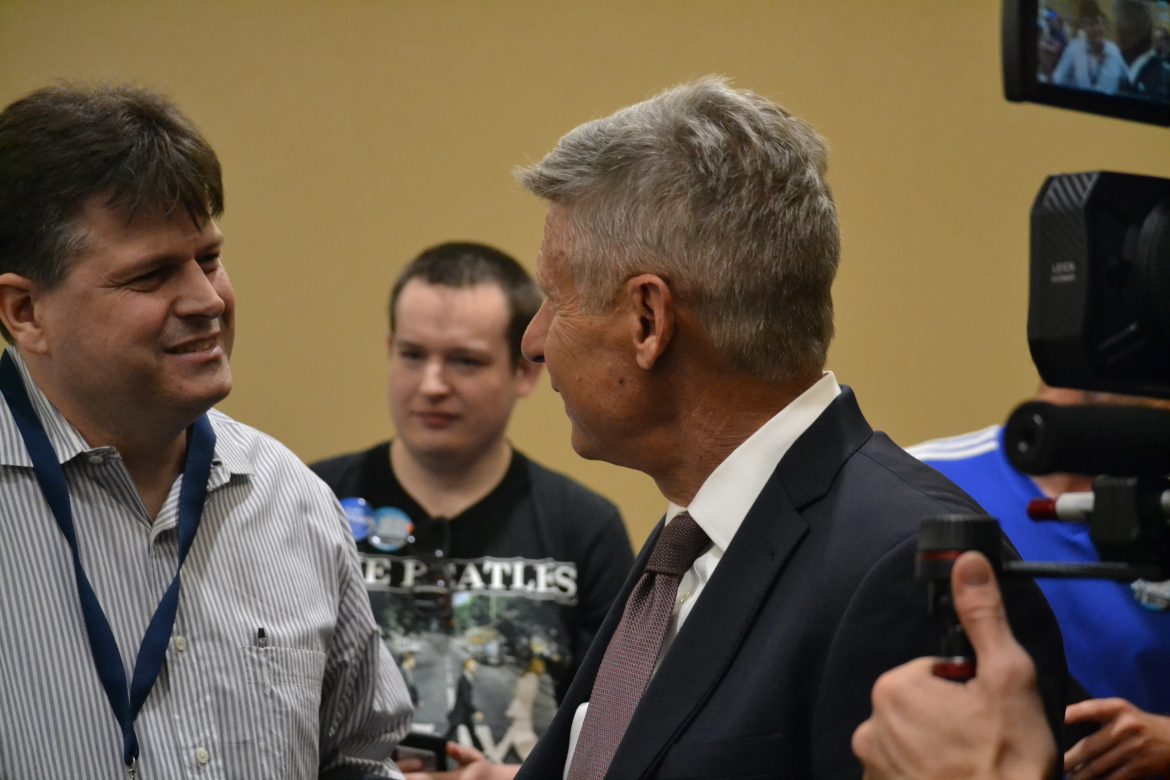 Gary Johnson speaking to a supporter

Another poll has Gary Johnson in double digits in a matchup against Hillary Clinton and Donald Trump. As with other polls, he is still far behind Clinton and Trump, with Clinton leading the way.

Gary Johnson speaking to a supporter

The IBD/TIPP poll did not look at likely or even registered voters, instead polling “908 Americans.”

The IBD/TIPP poll isn’t very far off from a Rasmussen Reports poll, at least when it comes to Johnson. Rasmussen found that when Johnson’s name was included, Clinton led 39 percent to 38 percent over Trump, with Johnson getting 8 percent.

Those who wish to be on the stage for nationally-televised presidential debates this fall must reach 15 percent in selected national polling. Johnson filed a lawsuit against the Commission on Presidential Debates over the threshold.

Still, Johnson and other third-party candidates face severe headwinds when it comes to turning support in polls into votes. An Economist/YouGov poll found “Most Americans have never heard of Libertarian presidential candidate Gary Johnson, and very few believe he can capture the White House this fall.”

The Economist/YouGov poll did not include Johnson in horse-race polling against Clinton and Trump.

The IBD/TIPP poll has a margin of error of +/- 3.3 percentage points. The pollster surveyed cell phones as well as landlines between May 31 and June 5.

The Ipsos/Reuters poll surveyed 1,332 registered voters between May 28 and June 1. The poll was conducted via the internet and has a +/-2.8 percentage point margin of error.

The Rasmussen Reports poll surveyed 1,000 likely voters on May 31 and June 1. The poll has a +/- 3 percentage point margin of error.

The Economist/YouGov poll surveyed 2,000 American adults on June 2 and June 3. The poll has a +/- 3.2 percentage point margin of error.