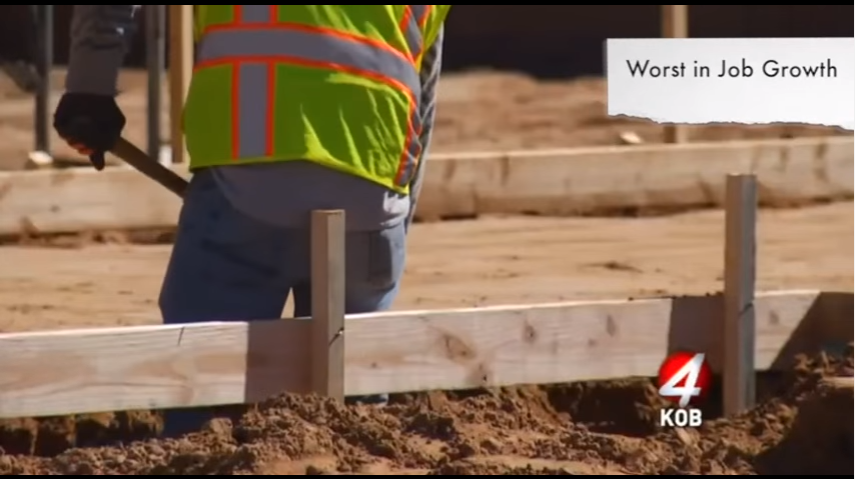 A screenshot from a web ad by the Democratic Governors Association.

A screenshot from a web ad by the Democratic Governors Association.

Martinez is the head of the Republican Governors Association and so now a frequent target of the DGA. She is term-limited and cannot run for a third consecutive term in 2018.

This one quotes the statement by Donald Trump that Martinez “has got to do a better job” and “she’s not doing the job” among other things at an Albuquerque rally. Martinez did not attend the rally and has so far withheld an endorsement.

“Donald Trump got this one right: Susana Martinez is not doing the job,” said DGA Communications Director Jared Leopold in announcing the web-only video. “While Governor Martinez seeks the national spotlight, her leadership in New Mexico has been a disaster. Governor Martinez will have to answer for her record of making New Mexico 47th in business, 50th in job growth and 49th in quality of education.”

The ad, embedded below, shows local TV anchors reading stories about bad stats in New Mexico, bookended by quotes from Trump at his Albuquerque rally.

The Trump statement on Martinez touched off a discussion among Republicans if Trump should have criticized Martinez so harshly, since she is the only Latina governor in the United States; the discussion intensified after Trump said a judge in a case about Trump University is biased against him because he is “Mexican.” The judge is of Mexican descent, but was born in the United States.