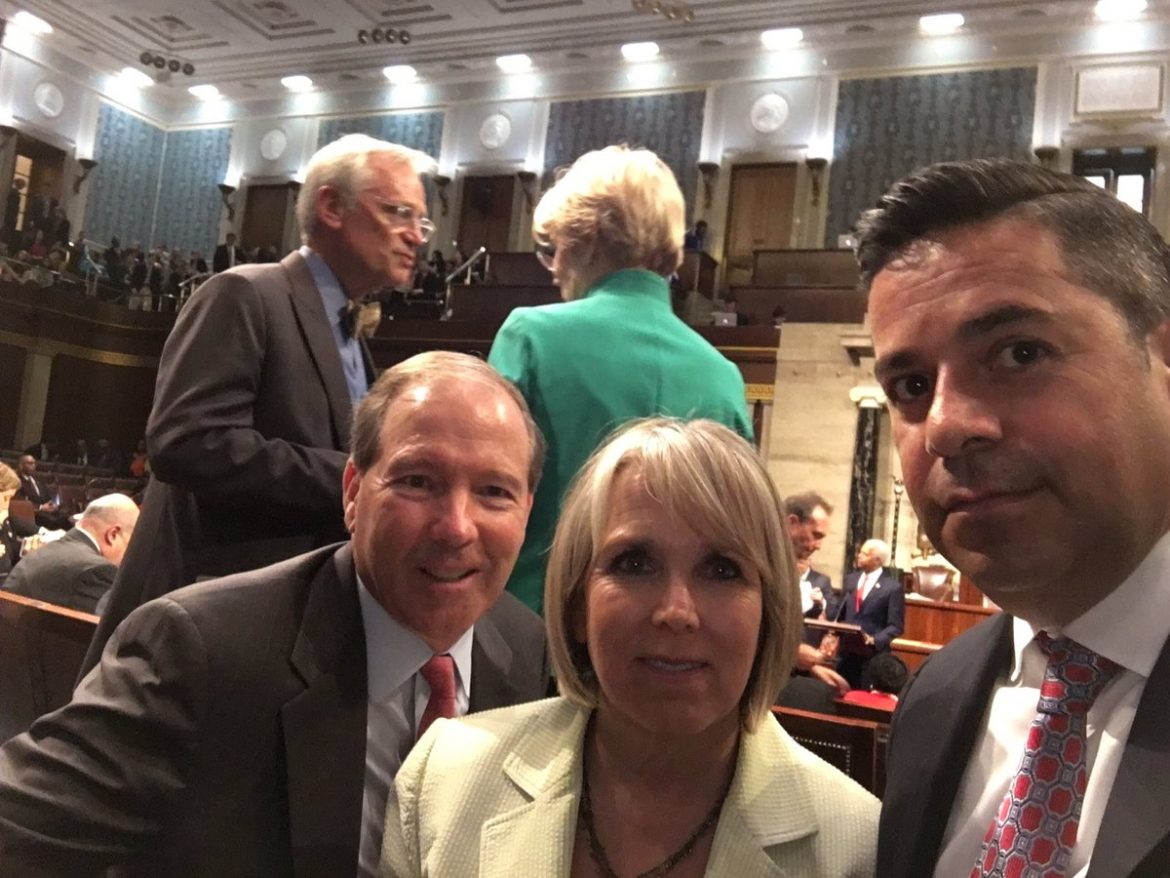 House Democrats staged a sit-in that lasted well into Thursday morning. The two Democrats in hte U.S. House from New Mexico took part in the sit-in.

The Democrats sought a vote on a piece of legislation related to guns dubbed “no fly, no buy” which would bar those on terror watchlists from purchasing guns

The Democrats did not get their way when it came to a vote on the bill before the House adjourned for a recess for the 4th of July, but did get a likely secondary objective: a confrontation with House Republican leadership.

Sen. Udall, Rep. Lujan Grisham and I on floor calling for vote to keep guns out of the hands of suspected terrorists pic.twitter.com/ZkCE4nxcWA

The bill itself has a New Mexico connection—U.S. Sen. Martin Heinrich is one of those who negotiated the compromise with Republican Senator Susan Collins of Maine. Heinrich said the sit-in could be helpful.

Speaker of the House Paul Ryan brought the House back from recess for a vote on a veto override of legislation to ease regulations for bankers by repealing the fiduciary rule. That veto override failed, but the vote will be more remembered for the imagery of Democrats waving pieces of paper with the names of gun violence victims while chanting at Ryan while the Wisconsin Republican attempted to go on with the business of the veto override.

The sit-in seemed hamstrung by the fact that C-SPAN cameras—the only cameras allowed in the chambers—shut off when in recess. But technology came to the rescue of the protesting Democrats and the legislators used their phones to livestream the protest using Periscope.

When I got elected to Congress, this is what I thought it was going to be like. #NoBillNoBreak pic.twitter.com/6FWHrDeEtu

One Republican made a prominent entrance to the protest, but not to join. Rep. Louie Gohmert of Texas took to the floor and yelled, “Radical Islam killed these people” while pointing to photos of those slain in an Orlando shooting at a LGBT club earlier this month.

Other Republicans avoided direct confrontations and instead tweeted their criticisms. This included Rep. Steve Pearce, the lone Republican in the New Mexico delegation.

Democrats still staging sit-in on House floor on gun control – why we not talking about combating terrorism?

A spokeswoman for Ryan said that there would be no vote on the legislation.

“The House is focused on eliminating terrorists, not constitutional rights of law-abiding citizens,” she wrote. “And no stunts on the floor will change that.”

Earlier this week, all four failed to clear the 60-vote threshold for cloture.

The U.S. House will be on recess until July 5.