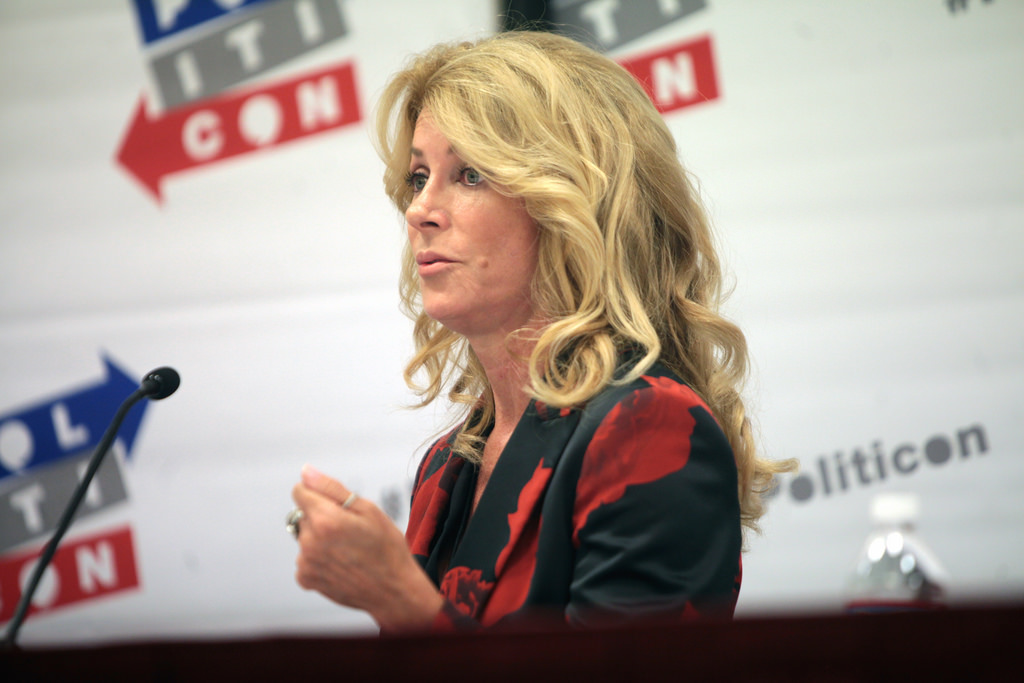 When the U.S. Supreme Court on Monday struck down Texas’ 2013 abortion restrictions as unconstitutional, it was a victory years in the making for former state Sen. Wendy Davis and her “unruly mob.”

Almost three years to the day after her 11-hour filibuster of the restrictive legislation, the high court’s ruling was in some ways a personal vindication for Davis — and a defining moment for her legacy — particularly after she backed away from the spotlight following a gubernatorial election loss in 2014.

But it was also a victory for Texas abortion providers and the reproductive rights community, many of whom were among the thousands that packed into the Texas Capitol to be part of the filibuster. As Davis worked to fill hours of debate time and run the clock to midnight — when a 30-day special session would end — reproductive rights activists watched from the gallery and lined up along the rotunda and halls near the Senate chamber.

Some were regulars at the pink dome; others had traveled from around the state. They stayed for as many hours as Davis remained standing on the Senate floor. And in a surprisingly successful show of civil disobedience, they worked to stop a last-minute vote on the abortion restrictions by yelling at the top of their lungs as the clock struck midnight.

The Senate ultimately was unable to vote on the bill before time ran out. Davis and other Democratic lawmakers joined the protesters outside the Senate chamber to celebrate an unlikely win by a minority party that for a night had beaten those in power.

That victory was temporary. Davis’ filibuster prevented the passage of the restrictions that day, but Republican state leaders quickly called a new special session and passed the legislation enacting some of the most restrictive abortion regulations in the nation. They required abortion clinics to meet the same standards as hospital-like ambulatory surgical centers, which range from minimum sizes for rooms and doorways to the number of nurses required on staff. A separate provision forced doctors who perform abortions to have admitting privileges at a hospital within 30 miles of their abortion clinic.

The clinics began to shutter and the long, winding legal battle that ended on Monday started its journey.

By then, Davis, in her now infamous pink running shoes, had spurred a movement that stretched into all corners of the state: More women wanted to run for office, college students created funds to help women travel for abortions and young Texas women who had never been involved in politics became activists.

Despite the law’s negative impact on women who were unable to access abortion in the past three years, the Supreme Court’s ruling was reaffirming to people who were at the Capitol on filibuster night who have “continued to fight this fight,” said Davis, who launched her gubernatorial campaign on the heels of her filibuster fame. It was while on the campaign trail that Davis released a memoir and revealed that she had terminated two pregnancies for medical reasons, adding even more personal significance to her filibuster.

“The thousands of people that showed up at the Capitol that day demonstrated what we can do when we decide that were going to fight — that we’re not going to take things sitting down — I believe that it’s helped spark other actions like that,” Davis said, adding the ruling was a vindication for the women who were left with a looser grasp on their constitutional access to an abortion.

Davis may have been the face of the movement that began that June night. But Monday’s ruling was a victory that resonated with the people who carried on her fight — in shoes of all colors and types.

The filibuster was the rallying cry that led to an “explosion” among young women and young voters who now understood the connection between their votes and the people who make decisions, said former state Sen. Leticia Van de Putte.

Van de Putte, a San Antonio Democrat who unsuccessfully ran for lieutenant governor in 2014, gained her own notoriety the night of the filibuster when she struggled to be recognized in the upper chamber at 15 minutes before midnight.

“The thousands of people that showed up at the Capitol that day demonstrated what we can do when we decide that were going to fight.”— Former state Sen. Wendy Davis

“At what point must a female senator raise her hand or her voice to be recognized over the male colleagues in the room?” Van de Putte asked the presiding officer before the Senate gallery — and those outside the chamber — erupted in cheers that endured through midnight.

On Monday, Van de Putte revisited that question when the Supreme Court overturned the restrictions.

Scrutiny of efforts to further restrict abortions in Texas hasn’t died down since that day. Though the last legislative session did not see protests of the same fervor, reproductive rights activists were almost permanent fixtures at any legislative hearing during which abortion restrictions were brought up. And they continue to organize demonstrations at the Capitol against new abortion restrictions.

Republicans — who dubbed protestors at the filibuster as an “unruly mob” and criticized the unconventional events that overtook the Capitol that night — have continued to push for additional restrictions to the procedure, including tightening regulations around the legal process used by minors at risk of abuse or harm to obtain an abortion. And they’ve downplayed the significance of Davis’ filibuster.

Republicans are already gearing up for an “absolute onslaught of pro-life legislation” in the next session that begins in January. And House Bill 2 leaves behind reduced abortion access in a state of 5.4 million of reproductive age. Only 19 clinics remain, compared to more than 40 that operated in the state before the legislation passed.

But there’s little doubt that the filibuster and the organizing efforts that marked 2013 have led to increased awareness, particularly among younger Texans, of reproductive health issues, which were already a lightning rod for legislative and political drama.

“Although you’re not always going to see 5,000 people filling the Capitol, the seeds were planted in 2013, and it’s now spreading around the state,” said Heather Busby, executive director of NARAL Pro-Choice Texas.

Among the people spurred to action by Davis’ filibuster was Sadie Hernandez, a 21-year-old student organizer from the Rio Grande Valley who made her way to the Capitol that night.

Hernandez, inspired by Davis’ action, last year camped out in front of the governor’s mansion to protest a provision in the state budget that prevented Planned Parenthood from participating in the joint state-federal Breast and Cervical Cancer Services program, which provides cancer screening for poor, uninsured women in Texas.

Dubbing her protest the “People’s Vote,” Hernandez was joined by many other protesters during her stint at the mansion, including Davis herself.

It was a full-circle moment for Hernandez, who wasn’t deeply involved in politics before Davis’ filibuster.

“I realized how real this issue was, and her storytelling [during the filibuster] sort of humanized the issue for me because I had never experienced an abortion myself,” Hernandez said. “I made this connection in my head that I had never done before.”

This article originally appeared in The Texas Tribune at http://www.texastribune.org/2016/06/27/abortion-ruling-vindication-wendy-davis-and-unruly/.