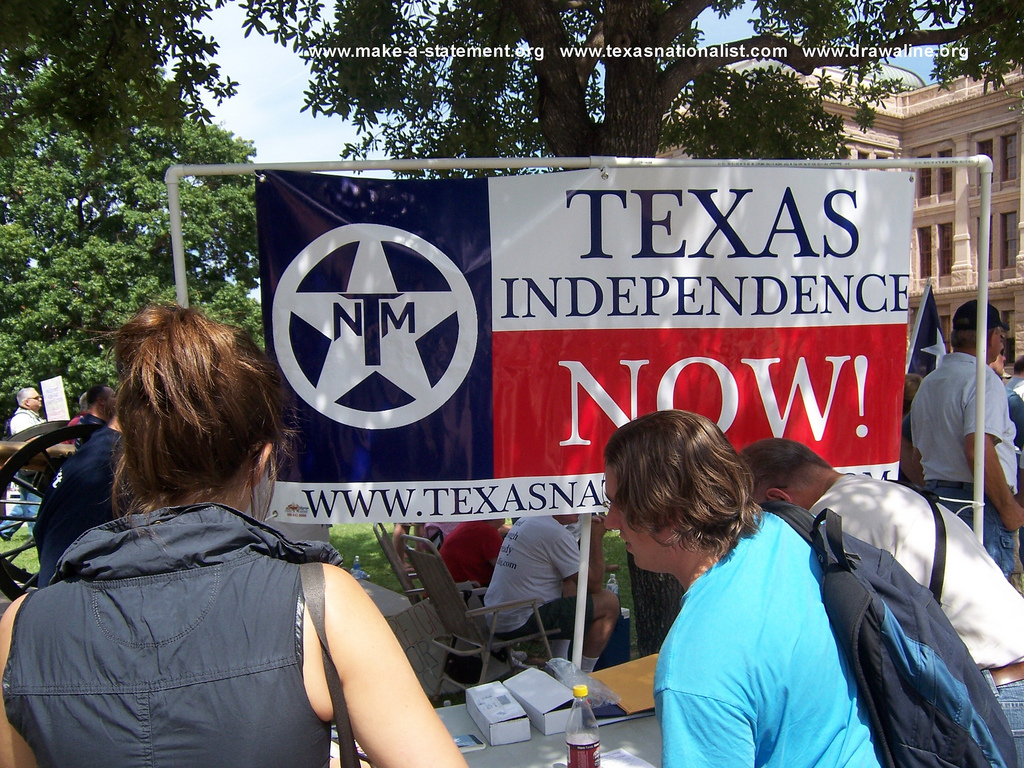 Hey, Texplainer: Britain voted to leave the European Union. Can Texas secede from the United States?

In the wake of Britain’s historic vote to leave the European Union — nicknamed the “Brexit” — speculation of a Texit on the horizon has cropped up once again. The secessionist movement has a long history in the Lone Star State. Delegates for the Texas Republican Party even recently debated adding secessionist language to the party’s platform. But is it actually legal for Texas to leave the United States?

This article originally appeared in The Texas Tribune at http://www.texastribune.org/2016/06/24/can-texas-legally-secede-united-states/.

Simply put, the answer is no. Historical and legal precedents make it clear that Texas could not pull off a Texit — at least not legally.

Many historians believe that when the Confederacy surrendered at Appomattox in 1865, the idea of secession was also defeated, according to McDaniel. The Union’s victory set a precedent that states could not legally secede.

It is also important to note that the European Union is a loose association of compound states with pre-existing protocols for a nation to exit. In contrast, the U.S. Constitution contains procedures for admitting new states into the nation, but none for a state to leave.

Yet the myth that Texas can easily secede persists, in part, because of the state’s history of independence.

Texas declared independence from Mexico in 1836 and spent the next nine years as its own nation. While the young country’s leaders first expressed interest in becoming a state in 1836, the Republic of Texas did not join the United States until 1845, when Congress approved the Joint Resolution for Annexing Texas to the United States.

This resolution, which stipulated that Texas could, in the future, choose to divide itself into “New States of convenient size not exceeding four in number, in addition to said State of Texas” is often a cause of confusion about the state’s ability to secede. But the language of the resolution is clear: Texas can split itself into five new states. It says nothing of splitting apart from the United States.

In the years after Texas joined the union, tensions over slavery and states’ rights mounted. A state convention in 1861 voted 166 to 8 in favor of secession — a measure that was then ratified by a popular vote, making Texas the seventh state to secede from the Union.

After the Civil War, Texas was readmitted to the Union in 1870.

“If there was any constitutional issue resolved by the Civil War, it is that there is no right to secede.”— Antonin Scalia, late Supreme Court Justice

Yet even before Texas formally rejoined the nation, the U.S. Supreme Court declared that secession was not legal, and thus, even during the rebellion, Texas continued to be a state. In the 1869 case Texas v. White, the Court held that individual states could not unilaterally secede from the Union and that the acts of the insurgent Texas Legislature — even if ratified by a majority of Texans — were “absolutely null.”

If there were any doubt remaining after that, late Supreme Court Justice Antonin Scalia set it to rest more than a century later with his response to a letter from a screenwriter in 2006 asking if there is a legal basis for secession.

“The answer is clear,” Scalia wrote. “If there was any constitutional issue resolved by the Civil War, it is that there is no right to secede. (Hence, in the Pledge of Allegiance, ‘one Nation, indivisible.’)”

Bottom line: While Brexit may have stirred the secessionist pot, a similar Texit would not be legal. Texas has a unique right among states to split itself into five states but not to secede from the United States of America.


Disclosure: The University of Texas at Austin has been a financial supporter of The Texas Tribune. A complete list of Tribune donors and sponsors can be viewed here.