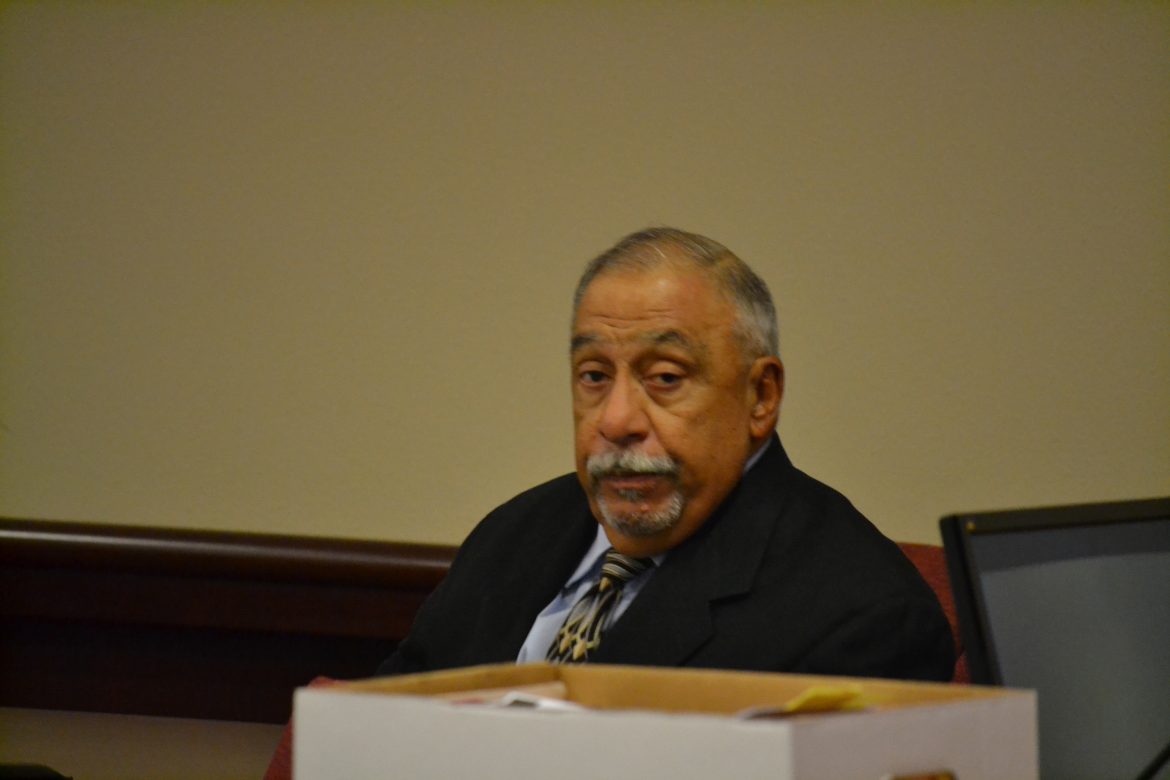 SANTA FE — A district court judge ruled Friday there was probable cause to move forward with a criminal case against a former state senator on all but one count in a public corruption case.

District Court Judge Brett Loveless made the ruling after the fourth and final day of the preliminary hearings in the criminal case against former State Senator Phil Griego.

He said that he will issue an order for a trial early next week.

This is a breaking news story. More information may be added.

“Today, the Office of the Attorney General concluded its arguments in the preliminary hearing of former Senator Phil Griego and our prosecutors presented an overwhelming amount of evidence to support the charges filed before Judge Brett R. Loveless,” Attorney General Hector Balderas said in a statement. “I am grateful to Judge Loveless for hearing this matter and I am pleased with his ruling that will allow us to pursue justice on behalf of taxpayers. My administration is committed to aggressively combating public corruption in New Mexico and holding the powerful accountable.”

Assistant Attorney General Ken Stalter argued in his closing argument that the access that Griego had as lawmaker “was utilized for the purpose of personal interest” and that the Democrat from San Jose could have used “a few simple words” to notify involved parties that he was the broker in the sale of state property that required action from the legislature to approve.

Stalter also pointed to a statement made by Cisneros, who presented the legislation in the Senate that allowed the sale, during testimony. Cisneros told Deputy Attorney General Sharon Pino that he may have taken more precautions if he knew of  Griego’s involvement and possible financial gain.

Cisneros said he would have voted on it “only subject to discussing the ramification with Legislative Council” before he voted on it.

Griego’s lawyer Tom Clark argued, in part, that Griego did not knowingly deceive anyone because legislators knew of Griego’s involvement in the real estate deal. He pointed to testimony from Rep. Ken Martinez, D-Grants, who was the Speaker of the House at that time. Martinez testified earlier in the week that he discussed Griego’s business involvement with Senate Pro Tem Mary Kay Papen, D-Las Cruces before a commission approved the already passed legislation.

“The very highest level of the Legislature knew about this,” Clark argued.

Clark also argued that any money Griego received from the real estate deal was solely paid as a commission from the buyer.

Clark said the case against his client is a “classic case of overreaching” by the Attorney General’s office. Throughout the four days of the preliminary hearing, prosecutors called about 20 witnesses in an attempt to show there is probably cause to charge Griego with a number of charges related to

Cisneros and Naranjo each answered questions about the details of the vote that lead to the approval the sale of a state owned building in 2014, in which Griego was the buyer’s broker.

The judge ruled there was no probable cause on one count of fraud.

Loveless said more information regarding a trial will be available early next week.