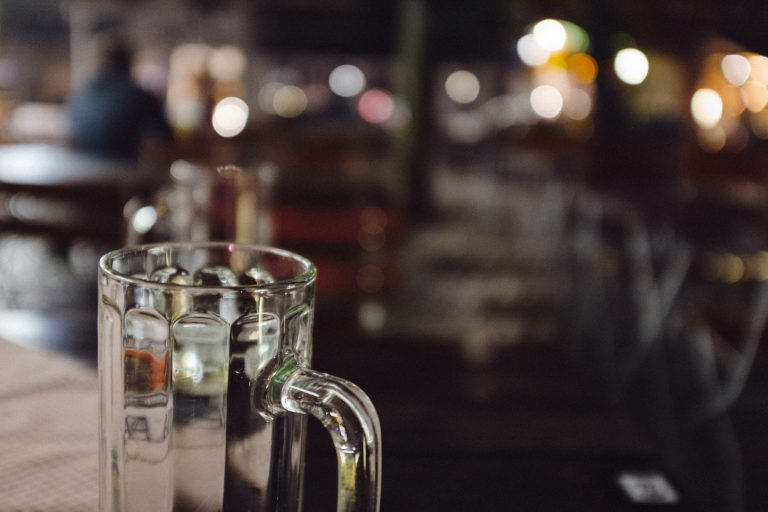 There’s still no word on if or when Gov. Susana Martinez will call a special session to address the state’s money shortfall, but one nonprofit group wants lawmakers to consider a tax increase on alcohol sales as a way to increase state revenues.

Peter DeBenedittis, director of the group Alcohol Taxes Save Lives & Money said he’s been speaking with lawmakers as he tries to increase taxes on alcohol sales in order to supplement public substance abuse treatment programs. While DeBenedittis said he has been working with lawmakers for a while, he wants to gain support from the general public now.

“Were just trying to start the conversation publicly,” DeBenedittis said of the campaign.

Key players in the legislature said in recent weeks there is a need to shore up the state budget before the next regular session in January.

DeBenedittis said the state can save serious money by holding those who abuse alcohol accountable for treatment costs.

“Let the people causing the problem pay for it,” DeBenedittis said.

Under the group’s proposal, each drink would be taxed an additional 25 cents on the wholesale level, which would most likely be passed on to consumers. DeBenedittis said the definition of drink would align with how the Center for Disease Control and Prevention defines it. A six-pack of beer would see a tax increase  of $1.50 and a 750 milliliter bottle of 80 proof alcohol would be taxed an additional $4.00.

Sen. George Munoz, D-Gallup, said he’s in favor of increasing taxes on alcohol but that DeBenedittis’ proposal is too complicated and it “would only create chaos.”

Currently New Mexico imposes an excise tax on distributors on a scale that depends on what type of alcohol is being sold.

Munoz introduced a bill during the 2016 legislative session that would have redistributed money from the state excise tax to treatment programs, but it did not propose a tax increase. Munoz’s late father Edward Munoz, while serving as the mayor of Gallup, helped push for a local tax on alcohol sales to fund treatment centers.

In addition to saving money, DeBenedittis said his proposal will save lives by curbing excessive drinking, something Munoz doesn’t necessarily agree with.

“In Gallup, people panhandle to drink so they’re just going to panhandle for another 25 cents,” Munoz said, adding that “25 cents a drink is not going to change anybody’s mind.”

Besides the merits of an increased tax on alcohol, at least one senator is not optimistic that a tax increase of any kind will fly during a special session. Sen. Carlos Cisneros, D-Questa, who serves as the vice chair of the Senate Finance Committee, said this type of change is nearly impossible to pass outside of a regular session.

“It would be futile to try to initiate any tax increase especially in a special session,” Cisneros said, noting that Gov. Susana Martinez has been outspokenly against state tax increases.

Martinez reiterated her stance against any tax increases this week.

Sen. Cisco McSorley, D-Albuquerque, disagrees a tax increase on alcohol should be written off as an option.

“Alcohol and tobacco taxes should be the easiest taxes to raise,” McSorley told NM Political Report.

McSorley, a state lawmaker for more than a decade, said it’s shortsighted for the legislature to limit special sessions to one day.

“For us to think that a special session should only be one day long doesn’t makes sense to me,” McSorley said.

DeBenedittis said he spoke with House Ways and Means Committee chair Jason Harper, R-Rio Rancho, and that Harper seemed receptive to the idea.

Harper confirmed with NM Political Report that met with DeBenedittis and is seriously considering his proposal as an option sometime in the future.

“We’ve had a good meeting and I have to be careful how I move forward on it,” Harper said noting concern that the current excise tax is continually diverted from funds designated for treatment. He said he would like to see current taxes going to the designated places before he can support additional increases.

Harper said he is not sure the measure will make it into a special session. He said adding a tax increase of this nature will “open the door” for other proposals and will derail the session.

“Instead of a quick in and out it would become a politicized special session,” Harper said.

Jason Espinoza, the President of the New Mexico Association of Commerce and Industry, said his group is generally against taxes that are punitive to specific businesses.

“It’s going to hinder [the sale of] that product,” Espinoza said.

DeBenedittis cites hindered sales as a positive for a state like New Mexico that has struggled for years with alcohol fatalities.

“When prices go up demand goes down,” DeBenedittis said.

Espinoza argued that less of a demand means less sales, which in turn means less money from taxes.

DeBenedittis expected pushback from lawmakers and in particular special interest groups such as Espinoza’s. He told NM Political Report that the hospitality and alcohol industries are “very powerful” lobbyists.

DeBenedittis said he is set to present his proposal to the interim Legislative Health & Human Services Committee later this month. The committee’s chairman, Sen. Jerry Ortiz y Pino told NM Political Report that the committee staff schedules the meetings, but that he is ready to hear any possible solutions for problem drinking and a faulty state budget. Ortiz y Pino said he’s not sure about the proposal making it to a special session, but that it’s a “starting point.”

“It may not be possible but I still think it’s the right thing to do,” Ortiz y Pino said.