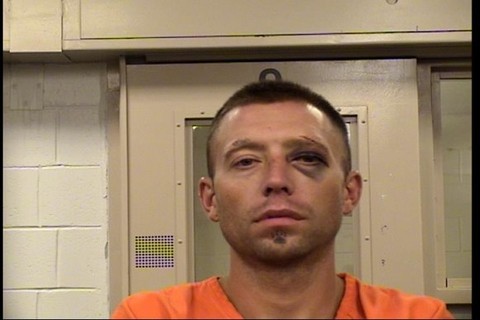 Among questions following the gruesome rape and murder last week of an Albuquerque girl that sent shockwaves across New Mexico is how one of the alleged perpetrators was present to commit the violence in the first place.

Fabian Gonzales, one of three being charged in the murder of 10-year-old Victoria Martens, was supposed to be on supervised probation for a separate crime for a year-and-a-half before the night of Martens’ death.

In Febraury 2015, a judge sentenced Gonzales, 31, to two years of probation after he pleaded guilty to battery and abandonment of a child.

This two-year probation sentence, however, was never enforced.

The sentence prohibited Gonzales from using illegal drugs and subjected him to random drug testing. Police say illegal drugs played a role in the killing of Martens. Gonzales allegedly injected her with methamphetamine before raping and stabbing her.

On Feb. 25, 2015, Second Judicial District Court in Bernalillo sent the details of Gonzales’s probation sentence in an email to the state Corrections Department to enforce.

But the state Corrections Department has claimed for the past week that it never got the email.

“We maintain we did not receive it,” she said.

Jim Noel, the court executive officer for Bernalillo County district court, countered that he’s “very confident” his employees “did everything they were supposed to do” in sending Gonzales’ probation information to law enforcement authorities.

Noel said this was the general understanding of how the process worked at the time.

“What they’re claiming is implausible,” he said of the Corrections Department.

Noel said as much in an Aug. 29 letter to Corrections Department Secretary Gregg Marcantel.

“The Department of Corrections (DOC) has suggested it never received the Judgement and Sentence in a prior matter that ordered one of the alleged perpetrators of this crime to supervised probation,” Noel wrote. “Our records confirm court staff sent that Judgement and Sentence to you agency on February 25, 2015.”

Did anyone receive the emails?

The court sent Gonzales’ probation sentence to two Corrections Department email addresses on Feb. 25, 2015. One of the email addresses was a generic one for court orders while the other address, according to Sanchez, was an internal address for officers to alert other officers when an offender’s case changes jurisdictions.

That first generic email address, according to Sanchez, “did not exist in February 2016.” Instead, courts were support to send sentencing information to “a single staff member” who would handle the process, Sanchez said.

Sanchez could not name the staff member the Corrections Department staff member who was in charge of receiving sentencing information at the time.

“That was right at the moment we were changing to a different staff member,” she said.

As for the second email that Bernalillo County court sent Gonzales’ probation information to, Sanchez still said her department didn’t get it.

Sanchez said she isn’t sure why, but she speculated that the size of the pdf attachment may have played a role.

“I personally believe it was the size,” she said. “I can’t say for sure.”

Though the second email address was “an internal email where officers could email different districts when offender was changing district,” Sanchez said the state found that courts were previously sending sentencing information to it “in our review of how this happened.”

Because of this, she said the Corrections Department is currently reviewing emails sent to this internal address to see if they missed other sentences that were sent this way.

But Sanchez maintained that the department still never received the email that included Gonzales’ sentencing information.

Other cases may be unaccounted for

The pdf file in question also featured 22 other cases besides Gonzales’, all of which Noel said a quick review on www.nmcourts.gov shows “had some action from Corrections.”

In the summer of 2015, communication between courts and the Corrections Department on cases like this changed. Now, courts don’t have to send files of cases to the state. Instead, the state is automatically updated when a judge makes a sentence on a case.

“Our understanding is for many many months, if not years, this was the process the courts were using to enter probation cases,” he said.