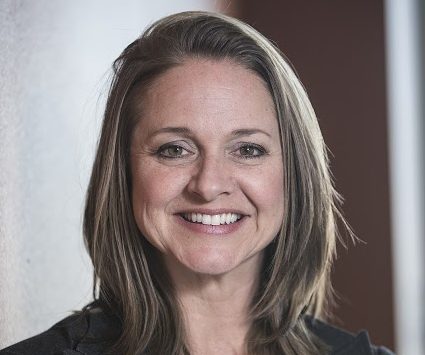 From the Committee to elect Rebecca Dow

A candidate for the state House of Representatives will have to answer questions about one of her former employees who pleaded guilty to raping one child and molesting another, according to a ruling by a district judge.

The ruling comes after Rebecca Dow, a Republican looking to win election to a House seat in Truth or Consequences, allegedly stonewalled the mother of one of the two child victims from seeking information about the employee who molested her child.

That employee, Alejandro Hernandez, worked for the Sierra County chapter of the Boys and Girls Club. He is now serving a six-year prison sentence for harming both children.

Dow is president and founder of Sierra County Boys and Girls Club as well as the president and CEO of AppleTree Educational Center in Truth or Consequences.

Dow, along with her business partner Amelia Wilcox, will be deposed, though no lawsuit has been filed against them or either organization yet.

Possible lawsuit against Dow, others

Mark Filosa, an attorney for the family of the child victim, said in a May legal filing he needed the deposition before determining who, in addition to Dow and Wilcox, would be sued. Filosa, however, attached a full copy of a proposed suit to his request for the deposition, which NM Political Report obtained.

“Defendants Dow and Wilcox breached all basic tenets of human decency by threatening this family,” the unfiled lawsuit reads, “whose child was molested by Defendants’ pedophile hired by Defendants.”

Attorneys for Dow argued Filosa attempted to misuse the rule that allows depositions to come before a filed complaint. District Judge Kevin Sweazea ruled in favor of Filosa and his clients.

Filosa declined to comment on the legal matter involving Dow for this story.

The trouble began when Hernandez molested one child last May during an overnight Boys and Girls Club field trip.

During the sleepover, Hernandez touched a boy’s penis and buttocks numerous times, according to a police interview with the boy. That July, Hernandez took another boy into a closet at the Boys and Girls Club and forced him to perform oral sex.

Both incidents were reported to police in July 2015.

Hernandez pleaded guilty to a criminal sexual contact and criminal sexual penetration charges the following October in state district court. In March of this year, a judge sentenced Hernandez to six years in prison.

Both children, according to court records, were 13 years old. The son of the mother represented by Filosa was the victim of the May incident.

The mother of the first victim also worked for Dow, according to her unfiled lawsuit.

The unfiled lawsuit accuses Dow and Wilcox of threatening to fire the mother after learning she sought her own attorney to deal with the molestation incident.

The court document also alleges that Dow and Wilcox “wrongfully” told the mother that they didn’t have liability insurance when they did and instead told her they would, “as a gesture of goodwill,” they would pay her expenses.

This meeting, according to the legal filing, was made “to protect Defendant Rebecca Dow’s status in the community since she was contemplating a run for state political office.”

Dow announced her run for state House in February and easily won the Republican primary against Daniel Galindo in June. She will face Democrat Mary Hotvedt in the general election this November.

During Hernandez’s sentence hearing in March, his defense attorney Albert Costales argued that neither the Boys and Girls Club nor the AppleTree Educational Center should be blamed for the molestation and rape incidents.

AppleTree Educational Center is the primary fiscal sponsor of the Sierra County Boys and Girls Club.

“The school knew nothing about this,” Costales said, according to a court transcript. “There was no reason to believe that he would commit these types of acts. I’m sure they never would have hired him and I have no connection with the school to speak positive for them.”