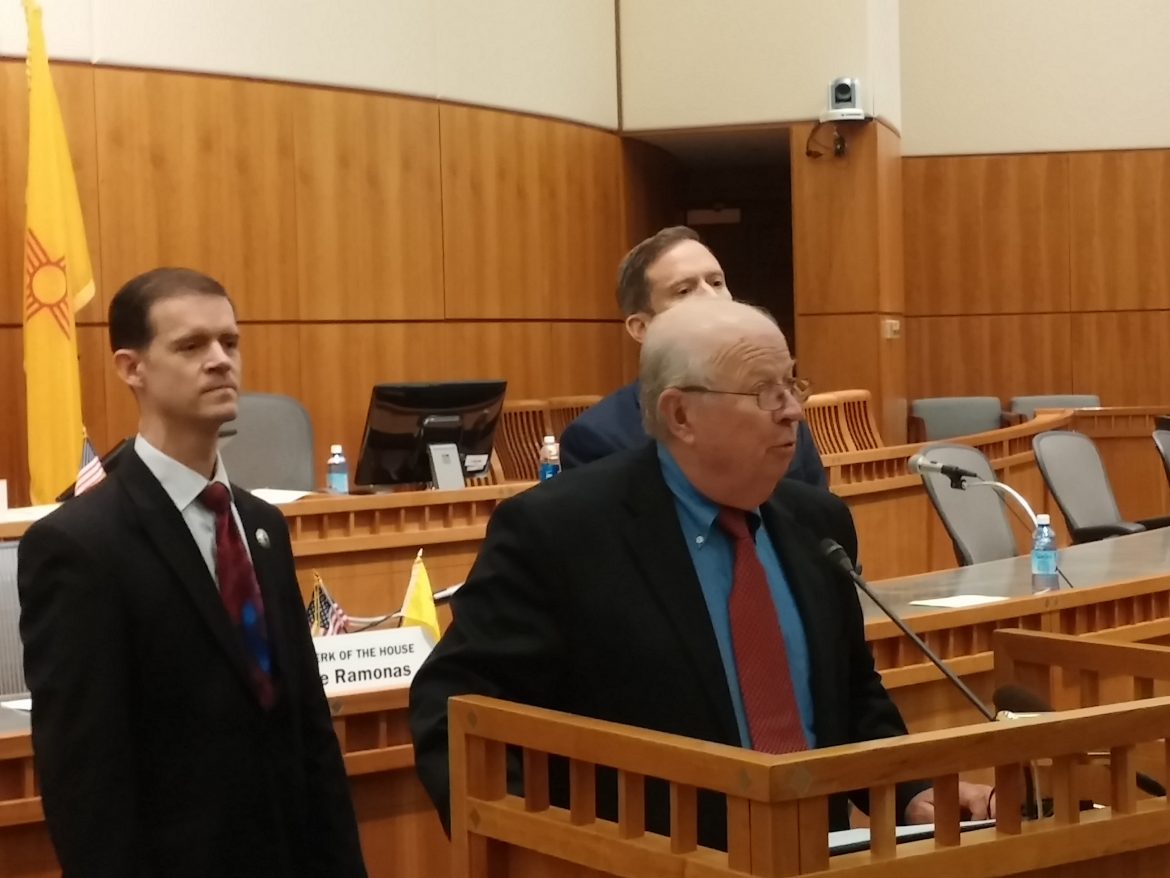 A new proposal from House Republican leaders to fix the state budget deficit would cut the same amount of money—$89.6 million—as the Senate Democratic leaders’ plan.

Namely, Republicans said their plan swaps cuts proposed in the Senate bill to K-12 education, the state Children, Youth and Families Department, the Department of Public Safety and services for sexual assault victims in the state Department of Health budget for deeper cuts in higher education.

House Republicans also emphasized that their proposal raises no taxes.

Gentry said the Republican proposal adds to higher education cuts by 1 percentage point, for a total of a 6 percent cut to state colleges, except for the University of New Mexico, which will see a deeper 8 percent cut.

Gentry made a reference to outgoing UNM President Bob Frank, who is transitioning to another position at the university’s Health Sciences Center for a similar pay of $350,000.

“I am much more concerned with teachers making $42,000 a year than I am with preserving some outgoing president’s golden parachute,” he said.

He added the House proposal cuts spending for the state legislators retirement fund by $2 million instead of the $1 million in the Senate plan.

Gentry also said the proposal would restore cuts proposed in the Senate package for programs for sexual assault victims administered by the Department of Health.

House Minority Leader Brian Egolf, D-Santa Fe, pointed out that the Republican proposal still raises cuts to DOH funding overall to 5.5 percent, up from 2.5 percent in the House proposal.

He also criticized Republicans for using Frank’s salary as a reason to bring bigger cuts to UNM.

“To govern for punishment is an outrage,” Egolf said. “It defies understanding, especially when you think [about] who is going to pay the burden. Tuition will be higher, fees will be higher.”

The Senate proposal’s cuts to CYFD, Egolf added, would have only gone to maintenance costs like “heating bills and cleaning services for facilities CYFD said it does not need anymore.”

“They’re having to come up with all these massive cuts because they refuse to do a two-year pause on the next reduction in corporate income tax cuts,” he said.

Tripp alluded to the tax breaks as “very important job-creating incentives that help bring companies like Facebook to New Mexico.”

Republicans have repeatedly brought up the Los Lunas Facebook data center, which is expected to create thousands of temporary construction jobs and then dozens of permanent jobs as full-time staff once the facility is up and running.

On perhaps the most heated and controversial issue of the special session, Harper made no apologies.

At the same time, he acknowledged that if he were a Democrat, the House Republican focus on tough-on-crime bills may seem political.

“We’ve all been accused of making this a political special session by being responsive to crime issues,” he said. “When I talk with my family, my neighbors and my friends in the district, we’re scared. We’re heartbroken, we’re disgusted and we’re tired of it.”

But Egolf argued this discussion would be best saved for the regular legislative session that begins in January.

“As the governor has said repeatedly, it is a waste of money to spend $50,000 a day,” he said, referring to the estimated cost of the special session.

The $50,000 figure includes the cost for staffers in the House of Representatives and the Senate. The Senate adjourned from the session over the weekend after passing several budget bills, but the House is expected to remain in session long enough to force the upper chamber back to the Roundhouse Thursday.