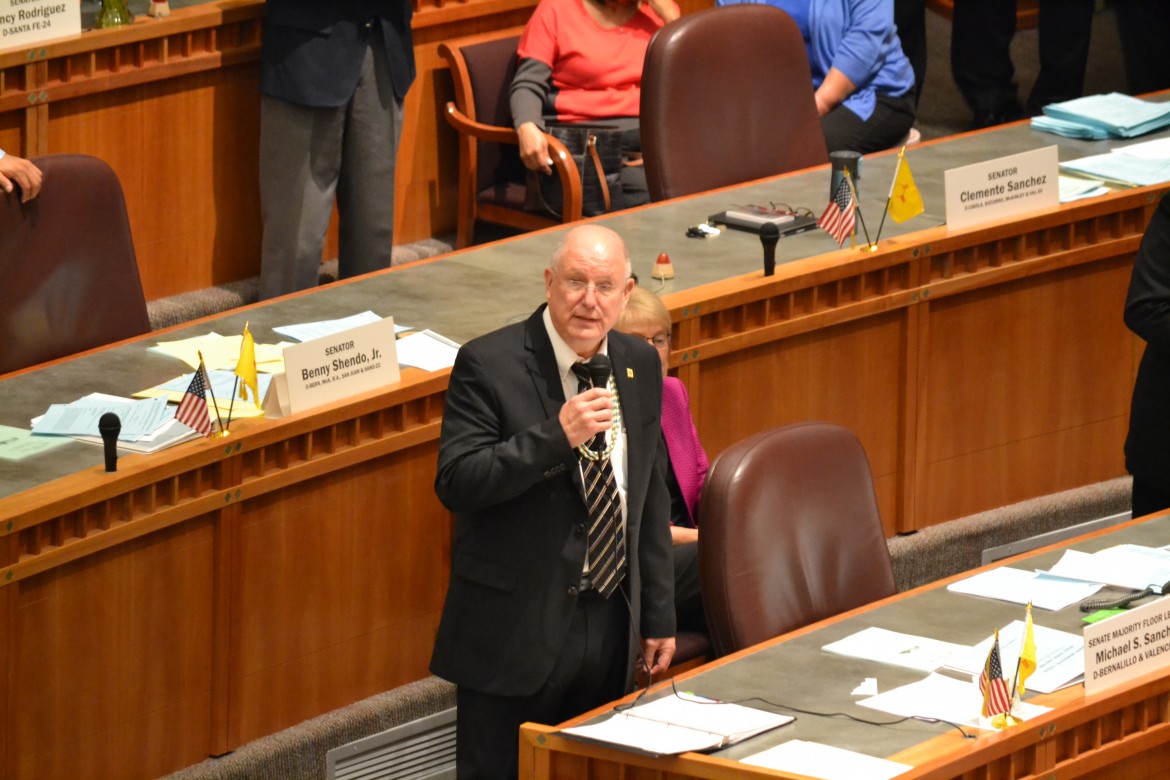 Michael Sanchez on the Senate floor during the 2016 regular session.

Showing possible signs of movement from the Senate Monday, the chamber’s majority and minority leadership have been spotted around their respective offices in the Roundhouse even though the chamber voted to adjourn early Saturday morning.

Sanchez wouldn’t go into detail about what they were doing or if they are going to hear any House bills, but confirmed there is some sort of conversations happening.

“We’re visiting, trying to figure some things out,” Sanchez said.

Sanchez didn’t say if they were speaking to the House.

The Senate adjourned early Saturday morning without hearing any House bills, including some high profile crime legislation. Senators are not required to come back until Thursday, but given the presence of leadership in the Roundhouse hallways, negotiations could start happening sooner.

The House will not meet again on the floor until Wednesday, Speaker Don Tripp, R-Socorro, announced at the end of Monday’s floor session.

Both Senate and House Republicans admonished Sanchez and the majority for voting to leave before any House bills were sent over. Conversely, House Democrats criticized Republicans for focusing solely on crime bills the first 24 hours of the session.

The House has since began moving forward with budget issues though.

Rep. Javier Martinez, D-Albuquerque, praised the body for finally getting to the budget.

“I’m glad that we’re finally debating budget bills as opposed to crime bills,” Martinez said during debate on one of those bills. “And I feel that we’re now moving in the right direction.”

The House spent most of Monday morning debating a Senate sponsored tax package that was heavily amended in the House Ways and Means Committee to strip some proposals, such as an internet sales tax. An attempt Monday by House Democrats to add the internet sales tax failed.

The House is expected to continue budget conversations through Monday night, both on the floor and in committee.

Senate-sponsored legislation was amended by the House, so the Senate would still need to resolve the differences before the bills could go to Gov. Susana Martinez’s desk.