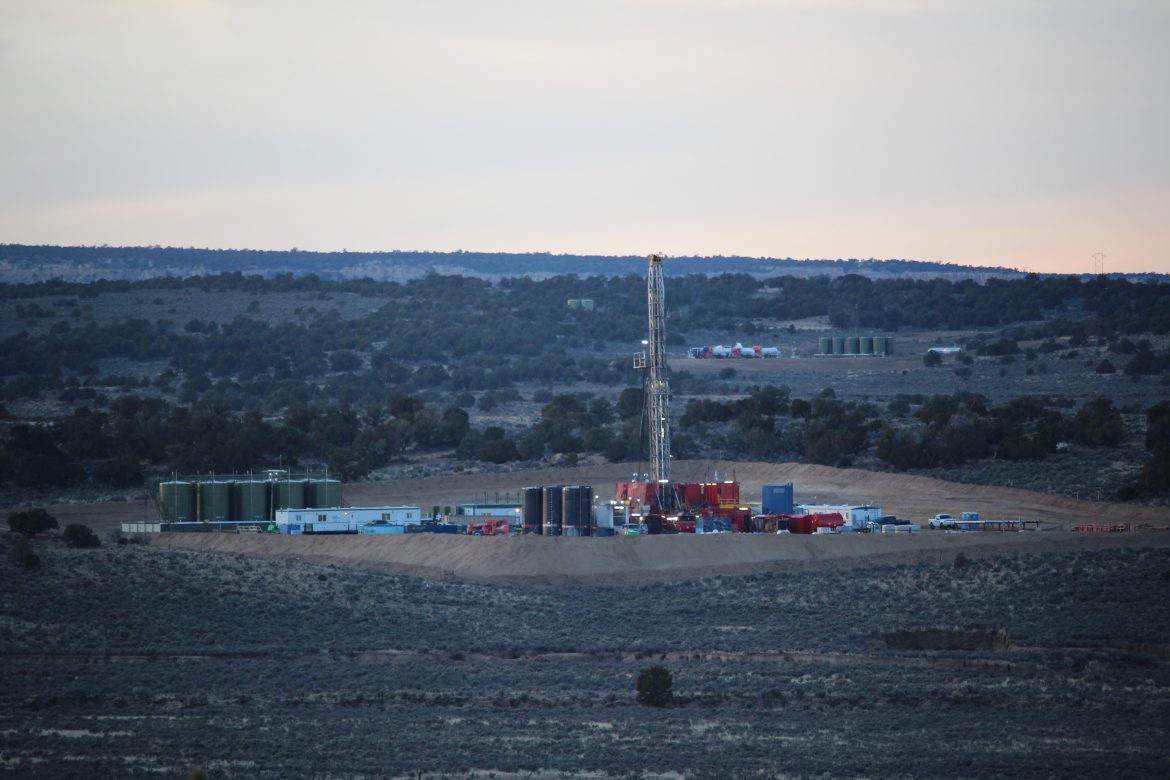 In places like New Mexico, companies have been using hydraulic fracturing technology for decades.

In its final report on how hydraulic fracturing, or fracking, is affecting water supplies, the U.S Environmental Protection Agency said the common oil and gas drilling technology can, in fact, contaminate drinking water supplies.

The report was released earlier this week.

New Mexico has tens of thousands of oil and gas wells in the northwestern and southeastern parts of the state. And while the practice has received more public attention in recent years, companies have used the technology here for decades.

During the process, operators inject wells with chemicals, including hydrochloric acid, petroleum distillates, ethanol, sodium chloride and trimethylbenzene. Those chemicals, when mixed with sand and water, create and hold open fissures, which allows oil and gas to reach the wellhead.

Wastewater can include not only fossil fuels and chemicals, but also salts like sulfate and magnesium; metals like barium and strontium; benzene and xylenes; and radioactive materials.

The report’s authors note that between 2000 and 2013, about 3,900 public water systems nationwide—serving more than 8.6 million people—had at least one hydraulically fractured well within one mile of their water source.

More than 40 percent of Americans’ drinking water comes from underground water sources—and in New Mexico, that number is even higher. Much of the state’s drinking water, for cities and rural communities, comes from groundwater. This includes Albuquerque, the state’s largest city.

The EPA’s final report includes information about the entire cycle, from when the water is pumped, through the chemical mixing and injecting processes, to the disposal or reuse of wastewater.

Among the report’s findings:

The EPA’s final study has been a long time coming.

More than two decades ago, residents sued the agency to mandate regulation of fracking after drinking water in Alabama was contaminated by a nearby well. The 11th Circuit Court of Appeals ruled in the citizens’ favor and ordered the EPA to study whether the practice was a public health threat and should be regulated under the Safe Drinking Water Act.

Initial studies showed the practice could contaminate water. But in 2001, then-Vice President Cheney, the former CEO of Halliburton Corp., encouraged Congress to exempt the practice from regulation and pressured the EPA to alter its studies.

In 2004, the agency released its first study, which stated the practice did not pose a threat to drinking water—because citizens were unable to prove contamination didn’t come from a different source—and so did not require regulation or more studies.

After that study was released, one of the EPA’s employees involved in the study sent a letter and 18 pages of technical analysis to his congressional representatives. In his letter, environmental engineer Weston Wilson wrote that the study caused him and several of his peers “great concern.” In that 2004 letter, he wrote:

While EPA’s report concludes this practice poses little or no threat to underground sources of drinking water, based on the available science and literature, EPA’s conclusions are unsupportable. EPA has conducted limited research reaching the unsupported conclusion that this industry practice needs no further study at this time. EPA decisions were supported by a Peer Review Panel; however five of the seven members of the panel appear to have conflicts-of-interest and may benefit from EPA’s decision not to conduct further investigations or impose regulatory conditions.

With help from the nonprofit Public Employees for Environmental Responsibility, Wilson at the time sought whistleblower protection to avoid retaliation from the agency.

Over the next decade, the EPA continued studying the issues around hydraulic fracturing and drinking water, looking at cases in places like Colorado, North Dakota, Pennsylvania and Texas.

The draft report was released in 2015. In that report, the agency noted practices had the potential to affect above- and belowground water resources, but said the practice had not led to “widespread, systemic” impacts to drinking water.