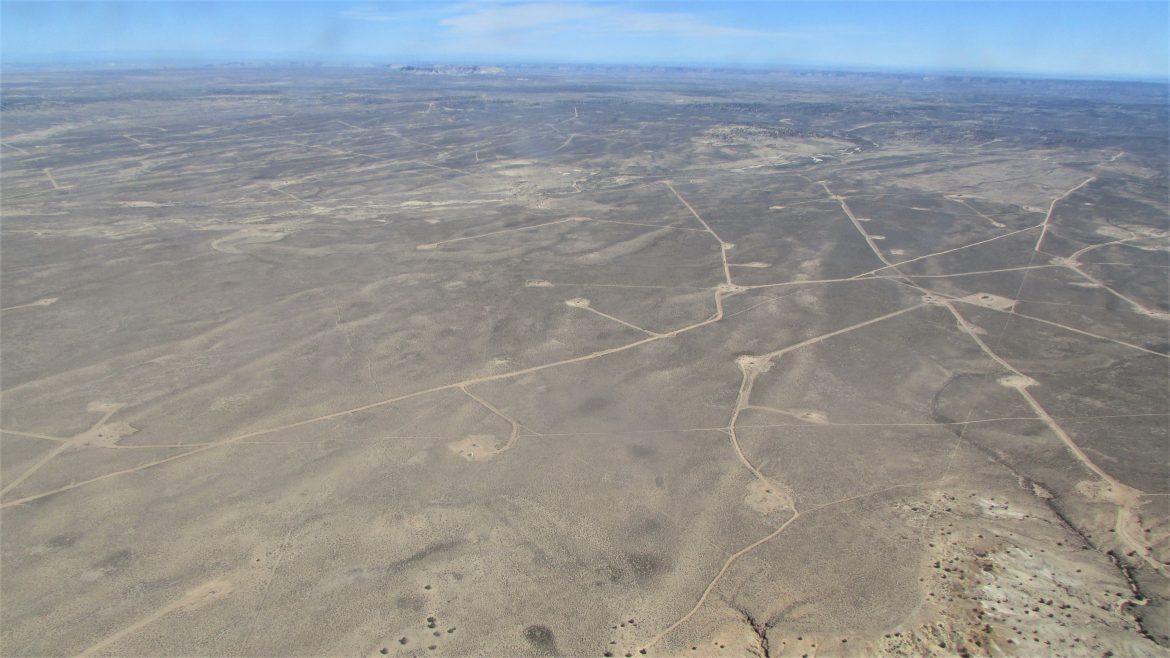 Well pads and their associated roads are easily visible from the sky.

That energy company has rights to lease about 100,000 acres of federal, state and Navajo allottee lands in the San Juan Basin and has drilled more than 100 oil wells in recent years along the Highway 550 corridor near Lybrook and Counselor. It also operates wells across the highway from Lybrook Elementary School.

Drilling activity in the basin has stalled since the downturn in oil and gas prices.

The agency McQueen will now be leading oversees applications and permits for new wells, regulates oil and gas activity in the state and enforces the state’s oil and gas statutes.