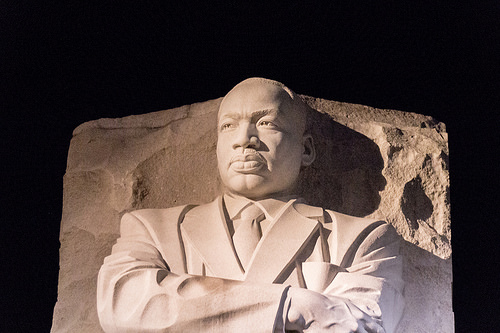 The timing of the release of WalletHub’s Report on Racial Progress in America 2017 is impeccable, correlating with the first African American president’s farewell address and the annual observation of the birth, life and work of Dr. Martin Luther King Jr.

The report lists the state of New Mexico as 12th-best in “racial integration” between blacks and whites and sixth-best in the level of racial progress realized over time. These occurrences seemingly unveil an opportunity unique to New Mexico as well as its black community when you consider that our state currently resembles the racially diverse culture and populace that the entire nation will maintain within the next 20 or so years.

The opportunity then becomes to lead in creating a roadmap on how to achieve the hope of our Constitution to be a “perfect union”—complete with best practices and real-time experiences for the remaining 49 states. Furthermore, as we take part in annual Martin Luther King Jr. Day activities, it behooves the New Mexican Black community to swift our focus, energy and intellect on engaging activity that will make our community essential to and at the center of this transformation.

Elder Michael Jefferson is a minister at Procession Ministries in Albuquerque.

“Our democracy is threatened whenever we take it for granted … But we can’t be complacent about the goals themselves. For if we don’t create opportunity for all people, the disaffection and division that has stalled our progress will only sharpen in years to come,” President Barack Obama stated in his farewell speech.

Black citizens in New Mexico engage in the political, social and cultural landscape of this state; however, on this occasion of Martin Luther King Jr. Day, each of us must commit to consistently challenging representations of hate, indecency and inhumanity whenever and wherever they may occur. The American journey to inclusion, equality and justice for all has been a long and winding road, too fraught with social disjunction and personal torment to end up merely where we began.

In his departure from office, President Obama admonishes the Black community to not allow Martin Luther King Jr. Day to be reduced to just a culmination of scholarship, fundraising and irrelevant symbolism, but to instead use it to raise to the lofty expectations of the catapulting of actions to effect change and increase racial progress achieved in American society. Presence of the capacity to realize this opportunity to lead in creating a perfect union is clearly found not only within data from the WalletHub analysis but also within diverse categories of current New Mexico state statistical data.

Like many other Black Americans living here in New Mexico who relocated from other regions around the country, I did so because of the uniqueness of the availability of access to the American dream. Employers in this state are actively engaged in the recruitment of black professionals largely from Historically Black Colleges and Universities (HBCU) as well as other competing corporations.

The state enjoys a higher percentage per capita than most states of blacks holding executive-level positions and earning upper middle class incomes. And while the state’s black population may currently be only 3 percent of the total population, 3 percent of all businesses in the state are black-owned and operated.

Lastly, the usual violent ramifications resulting from high levels of poverty, impoverishment and racial disparity are not the norms of life within the New Mexico Black Community. Thus, the ability for me to focus on being the center of my own transformation is much easier here in the Land of Enchantment.

Yet, there is work to be done.

Presently in Albuquerque and statewide, our black youth are being suspended, expelled and criminally abused at higher rates proportionally than other ethnicities on both public school and collegiate campuses. Twenty–two percent of all African Americans in New Mexico live in poverty.

At this time of the convening of the state legislative session, there remains a serious threat by lawmakers to implement policies that will result in voter suppression. And in the light of WalletHub report, there must be an even more concerted effort to establish dialogue within all phases of government that translates into societal and infrastructure changes that will bring an end to the practice of blacks being undervalued, underestimated and marginalized. President Obama made the call and challenge for each individual disgusted with these conditions to combat these occurrences and advocate for policy changes and justice.

The New Mexico African American community is vibrant, intelligent and persevering, and is comprised of many capable leaders with a variety of perspectives on the issues of life. To its credit, no one individual or organization, social or evangelical, speaks for the black community.

In 2017, beginning on this Martin Luther King Jr. Day, the black youth must commit to focusing its energy and intellect on engaging in actions that implement societal and infrastructure changes as well as call for government policies that emphasize and elevate the progress made by previous generations. This is the time for the elders and mainstays of the black community to embrace a change of the guard and a revival of the vaunted historical leadership black folks and this nation have come to rely upon. These are the things that we as people can do to facilitate the realization of the dream.

In the spirit of Martin Luther King Jr., coupled with our outgoing President Barack Obama, the black community must seize this moment as our moment. Despite extreme circumstances and insufferable prejudice, the time is now to be persevering and determined to utilize the black community’s skill, articulation, perspectives and competent leadership to realize the opportunity to lead in creating a roadmap complete with best practices and experience to achieve the hope of our Constitution to be a “perfect union” and make it explicitly clear that Black Lives Matter.