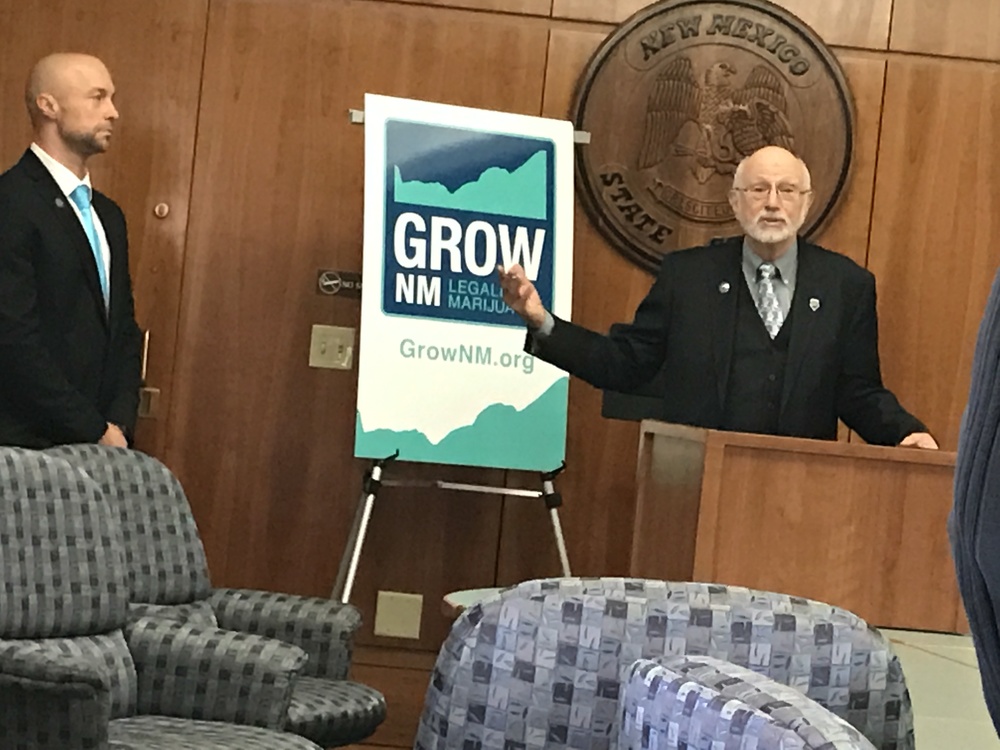 Two state legislators who will try to convince fellow lawmakers and the governor to legalize, tax and regulate marijuana for adults in New Mexico said Wednesday that they will stress the economic benefits of their idea.

Rep. Bill McCamley, D-Mesilla Park, said New Mexicans are spending millions of dollars on illegal marijuana, money that “goes to Mexican drug cartels.” Legalizing marijuana would keep that money — as well as what New Mexicans spend on legal cannabis in Colorado — in this state, McCamley said. Plus, he said, marijuana would generate new tax revenue.

The pro-marijuana forces have more going for them than in previous years. On their side are rising public support for legalization, more states jumping on the bandwagon and impressive revenue numbers from states where the drug is legal.

But the obstacles to their bills are still formidable. Unclear is whether the administration of President Donald Trump will go after states that have legalized marijuana. And, even if the Legislature approves a legalization bill, Republican Gov. Susana Martinez would almost certainly veto it.

“The governor does not support legalizing drugs,” Martinez’s spokesman, Michael Lonergan, said in an email Wednesday.

Asked about Martinez’s opposition, Ortiz y Pino said, “The governor is a politician, and politicians are susceptible to public pressure.”

He said Martinez initially opposed expanding Medicaid under the federal Affordable Care Act. “But eventually she was persuaded, and she became the second Republican governor to expand Medicaid,” Ortiz y Pino said.

He and McCamley are sponsoring identical legalization bills. In addition, Ortiz y Pino, is sponsoring a proposed constitutional amendment for legalization. The amendment, which would have to be approved by voters in the 2018 general election, does not need the governor’s signature.

The two lawmakers were joined at a news conference by two Northern New Mexico business operators.

They were David Perez, Santa Fe-based chief financial officer of a licensed medical marijuana producer called Sacred Garden, and venture capitalist Francine Sommer of Ojo Caliente. Sommer said she hasn’t invested in any cannabis businesses yet but sees great potential for them to flourish in New Mexico.

A news release from the Drug Policy Alliance quoted Simon Brackley, president and chief executive officer of the Santa Fe Chamber of Commerce, as favoring legalization.

“As tax revenues in Colorado continue to exceed initial estimates and a new legal economy is born, I believe now is the time to ask whether New Mexico should take a step forward by taxing and regulating marijuana,” the alliance quoted Brackley in the statement. “Could New Mexico’s economy experience a boost related to the new industry? I look forward to seeing if there will be a benefit for our state. The realized savings and revenue could be a chance for New Mexico to dream a little bigger.”

McCamley already has introduced his bill, which he said is modeled after Colorado’s law. House Bill 89 would allow the state to impose a 15 percent tax on marijuana sales. In addition, local governments could vote to add another 5 percent. Counties and cities would have to agree to allow legal marijuana sales.