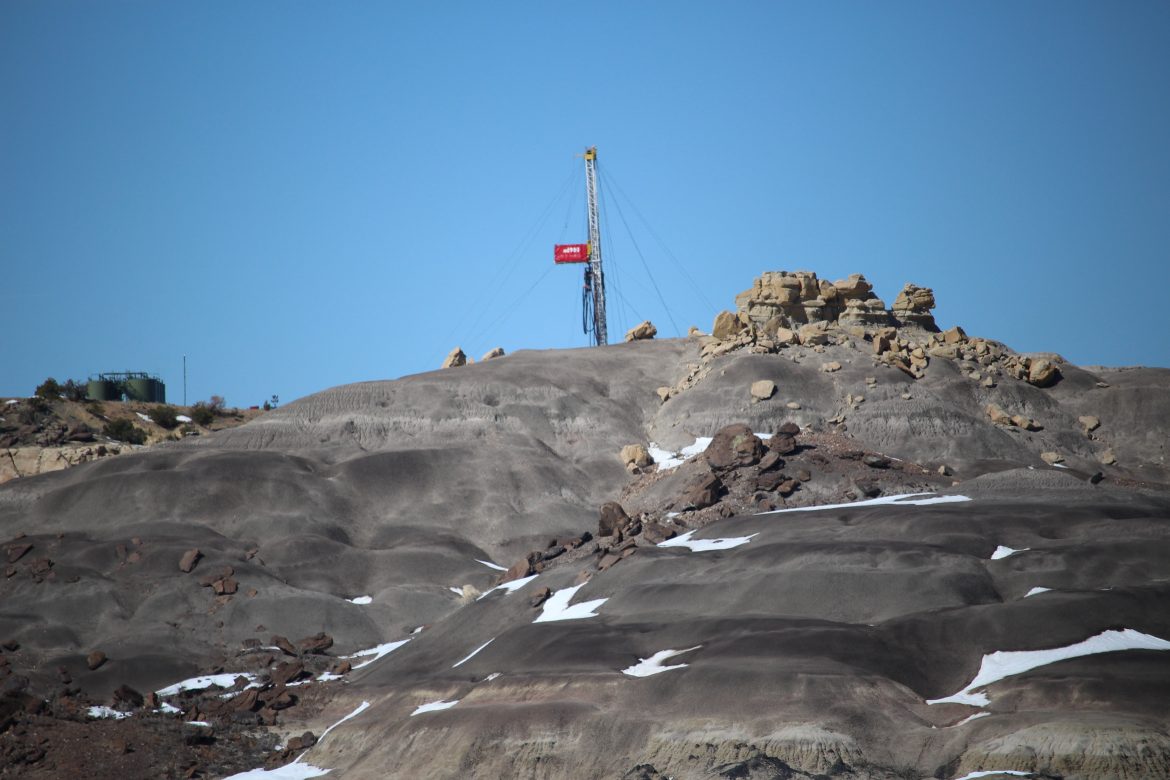 Last week, the U.S. Bureau of Land Management auctioned off the rights to drill for oil and gas on 843 acres in northwestern New Mexico.

The sale of these particular leases, in the Chaco Canyon region, had been postponed due to opposition from environmental and indigenous groups. The leases are in Rio Arriba and Sandoval counties.

According to a story in the Santa Fe New Mexican, the rights sold for $3 million and at least 15 companies bid during the online auction run by Energy Net, an online oil and gas marketplace.

The BLM’s next auction for New Mexico oil and gas leases is planned for July. That auction is for the rights to drill for oil and gas on thousands of acres in Eddy County in southeastern New Mexico’s Permian Basin.

Last year, the Carlsbad Current Argus also reported that the BLM has digitized the process to “quell complaints from rig operators over long wait times for drilling permits.” In December, the agency announced that all permits will be processed online in order to speed approval, and it will also provide online data about well histories and annual inspections.

As oil prices continue rising, operators are likely to start bumping production again. And just today, the federal Energy Information Agency announced that the electricity industry is planning to increase its use of natural gas in 2017.

According to the EIA, if the natural gas-fired plants come online as planned, the 2017-2018 additions would increase natural gas capacity by 8 percent over 2016. Those new additions, wrote analysts, could “help natural gas maintain its status as the primary energy source for power generation, even if natural gas prices rise moderately.”

The day before Donald Trump was sworn in as president, the federal Environmental Protection Agency resolved a 15-year old civil rights complaint against the New Mexico Environment Department.

In 2002, three environmental groups and two individuals filed a civil rights complaint against the state agency for approving its permit of a hazardous waste dump near Roswell.

The groups said that residents in Chaves County were already being affected by a higher than average number of radioactive and hazardous waste facilities, and that by approving the 480-acre Triassic Park Hazardous Waste Facility, the state was discriminating against those communities. The facility is owned and operated by Gandy Marley, Inc.

Three years ago, Earthjustice sued, alleging that EPA was unreasonably delaying its investigations of the civil rights complaints.

On January 19, the EPA sent a letter, resolving the complaint and laying out an informal agreement between EPA and NMED.

According to the agreement, NMED will designate a non-discrimination coordinator to oversee application and permit procedures, create and enact plans that increase opportunities for non-English speakers to participate in the public comment process and train employees to avoid discrimination.

Of the 36 issues that the U.S. Department of Energy required operators of the Waste Isolation Pilot Plant to address, 15 were classified as “post-start” findings, according to a story in the Carlsbad Current-Argus. Since opening in January, WIPP has corrected five of those. There are no deadlines on the other ten.

Just one in five visitors to national parks self-identified as a minority—Hispanic, African-American or Asian-American—according to the latest demographic survey of visitors by the National Park Service in 2009. The survey has sparked efforts by the agency and nonprofits to boost diversity in parks visitation.

The New Mexico Wildlife Federation, Latino Outdoors and Friends of the Organ Mountains-Desert Peaks aim to take the kids—as well as their families—on excursions that may include hiking, fishing, bird watching and kayaking.

According to a piece in the Las Cruces Sun-News, New Mexico State University is part of a new USDA-National Institute of Food and Agriculture project will look at using “nontraditional”—or reused—irrigation water on food crops. As part of the four-year, $586,500 grant-funded project, NMSU will develop educational programs for students, irrigation districts, food supplies and the agricultural industry.

Put your nuts on ice

According to a fact sheet from Louisiana State University, the weevils damage the nuts two different ways. When adults feed on immature pecans, they cause the nuts to fall from trees. Also, later in the season, after shells have hardened on the trees, female weevils lay their eggs inside the pecans. The hatching grubs eat the kernel inside the shell. After dropping from the nuts, larvae burrow into the soil.

To limit the spread of the insects, the department is restricting pecans grown within the the towns of Clovis, Roswell, Hobbs and Artesia.

If they want to move pecans beyond the quarantine zone, producers need to have a certificate from the New Mexico Department of Agriculture stating that the pecans being sold, traded or gifted are transported in a department-approved manner, were treated at 0 degrees for 168 continuous hours, had clean inspections or came from the quarantined area but are believed by the state to not be infected.

Last week, NASA’s website included an update on research related to snowpack, dust and water supplies in the Colorado River. That river supplies water to 33 million people in seven states, including New Mexico.

Dust on snowpack—often blown in from storms—causes quicker snowmelt and throws off the forecasts that irrigators and cities rely upon to plan for spring and summer river supplies. According to the piece:

“We found that really dusty conditions increase the rate of snowmelt about as much as raising the temperature by 1 to 3 degrees Fahrenheit,” explained [Stacie] Bender. “It became very clear that we had to identify a more precise way of measuring dust on snow.”

On Saturday, the New York Times ran a story that was focused on the Midwest, but could apply to rural New Mexico, too.

According to the the story, “In America’s Heartland, Discussing Climate Change Without Saying ‘Climate Change’”:

Here in north-central Kansas, America’s breadbasket and conservative heartland, the economic realities of agriculture make climate change a critical business issue. At the same time, politics and social pressure make frank discussion complicated. This is wheat country, and Donald J. Trump country, and though the weather is acting up, the conservative orthodoxy maintains that the science isn’t settled.

So while climate change is part of daily conversation, it gets disguised as something else.

“People are all talking about it, without talking about it,” said Miriam Horn, the author of a recent book on conservative Americans and the environment, “Rancher, Farmer, Fisherman.” “It’s become such a charged topic that there’s a navigation people do.”

That’s in large part because the state’s farmers and ranchers are among the first to feel the impacts of rising temperatures due to human-caused climate change.