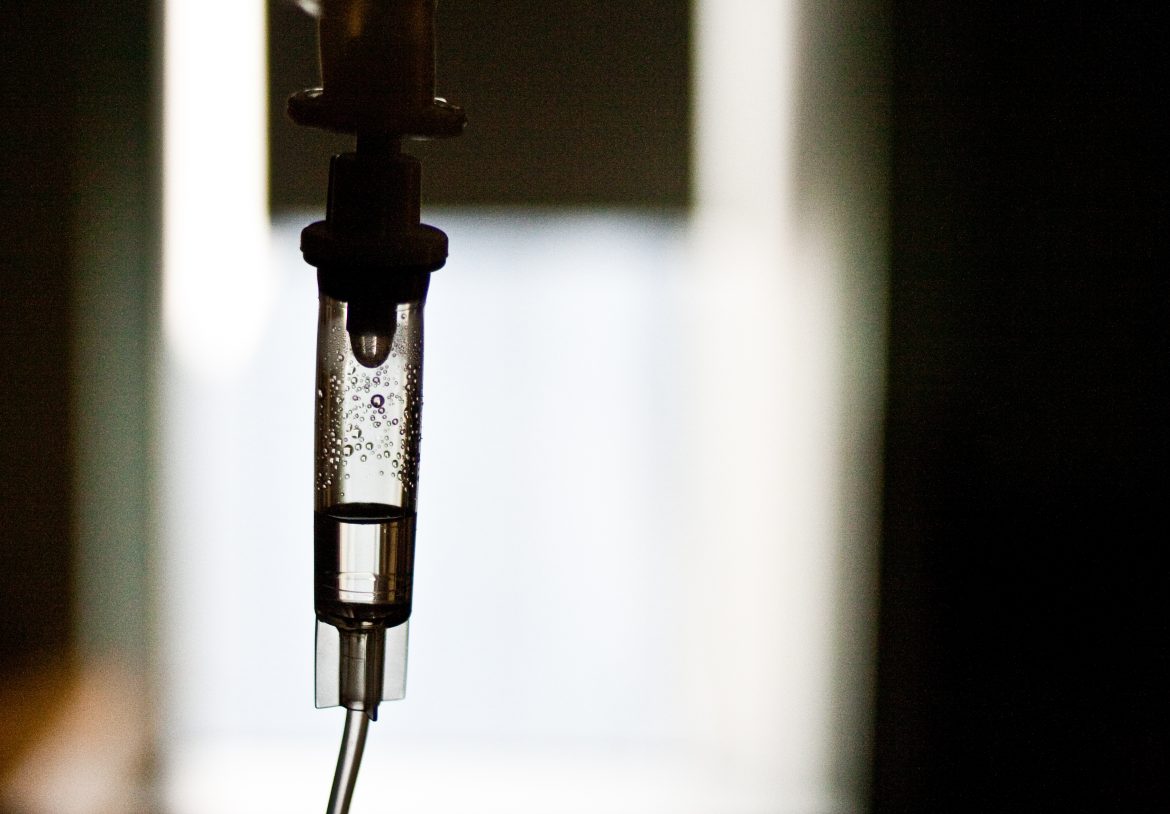 Michael McCamley liked to plan. It was part of his job in the U.S. Army and according to his son, state Rep. Bill McCamley of Dona Ana County, that instinct to plan for the unexpected extended to family matters, including death.

In 2010, doctors diagnosed the retired lieutenant colonel with a rare, terminal disease similar to ALS, or Lou Gehrig’s disease. After discussing it with his family, the elder McCamley decided to fill out an advance directive stating that he was not to be kept alive artificially if and when that time came.

“Everyone knew what the situation was and what his decision was,” Rep. McCamley said. “He really got the most out of his last few years.”

In May 2014, Michael died “peacefully with his family around him,” his obituary read.

Today, McCamley says his father’s autonomy and planning made a painful loss slightly easier to handle.

“There was a grace and dignity with his passing,” McCamley said.

The Democratic lawmaker said that plan allowed the family to enjoy his father’s last few years.

That experience inspired McCamley to cosponsor legislation that would allow terminally ill patients to medically end their own lives.

If passed, House Bill 171, sponsored by McCamley and Rep. Debbie Armstrong, D-Albuquerque, would put to rest the issue of aid in dying after years of fighting in courts.

The trouble with statute

McCamley said he usually sticks to legislation addressing the state’s economy but decided to team up with Armstrong on “aid in dying” after the New Mexico Supreme Court ruled last year that the issue must be settled by the Legislature.

Aid in dying is distinct from assisted suicide in that a doctor doesn’t administer the lethal dose of medicine to the patient.

Over the past few years, the issue went back and forth in New Mexico courts.

In 2014, a district judge in Bernalillo County ruled patients have the right to take a fatal dose of drugs prescribed by a medical doctor.

In her ruling, Judge Nan Nash wrote, “This court cannot envision a right more fundamental, more private or more integral to the liberty, safety and happiness of a New Mexican than the right of a competent, terminally ill patient to choose aid in dying.”

The state of New Mexico appealed the decision and the case eventually wound up in the state’s high court.

Last year, the Supreme Court justices ruled that aid in dying is not a fundamental right in New Mexico and cited an existing state law that identifies assisted suicide as a fourth-degree felony.

If Armstrong and McCamley’s bill becomes law, New Mexico would become the sixth state to pass such a measure through law. Montana is the only state that approved the practice through its Supreme Court. Oregon, Vermont, Washington, California and Colorado all allow patients to self-administer a lethal dosage of medication to end their own lives. Those states require patients to submit two oral requests, at least 15 days apart, and one written request to a physician.

Proponents of aid in dying argue that allowing the practice through legislation instead of the courts becomes increasingly restrictive.

Tucker has extensive experience in advocating for aid in dying, having argued Washington v. Glucksbegrg, a national aid in dying case, in front of the U.S. Supreme Court.

In that case, the court ruled that aid in dying is not a right granted by the U.S. Constitution and left if for the states to decide. Tucker is also outspoken about what she sees as overly restrictive legislation allowing self-administered death.

“If you impose a statute that says, ‘Here’s how you practice medicine,’ you hamper the evolution of medicine,” Tucker said.

Armstrong’s bill would require patients to submit and sign a written request before taking the lethal drugs but would not include the timeline other states require.

Still, some see aid in dying and assisted suicide as the same—and say significant issues arise from allowing anyone to end their own life.

Executive Director of the New Mexico Conference of Catholic Bishops Allen Sánchez has a few problems with the bill.

“It’s wrong for us to call this an aid in dying,” Sánchez said. “It’s suicide.”

Sánchez said there is too much room for human error when physicians allow patients to die on their own terms—an argument commonly used by death penalty opponents.

During the 2016 special legislative session when House Republicans pushed to reinstate the death penalty, many Democrats argued death after a wrongful conviction has no reversal mechanism.

But proponents for allowing aid in dying maintain the practice is rooted in personal decisions, not government interference.

“No one is saying you have to make this choice,” McCamley said.

It’s still unclear how or when the Legislature will take up the issue. Armstrong, who chairs the House Health and Human Services Committee has yet to schedule her bill for its first hearing.

Gov. Susana Martinez is publicly silent on the issue. Spokesmen for Martinez did not reply to e-mailed questions from NM Political Report on whether she might sign such legislation.

State law already allows doctors to prescribe a highly potent dosage of drugs to terminally ill patients in order to limit pain in their last days. Like McCamley’s father, patients can also sign an order allowing them to die naturally instead of being kept alive artificially.