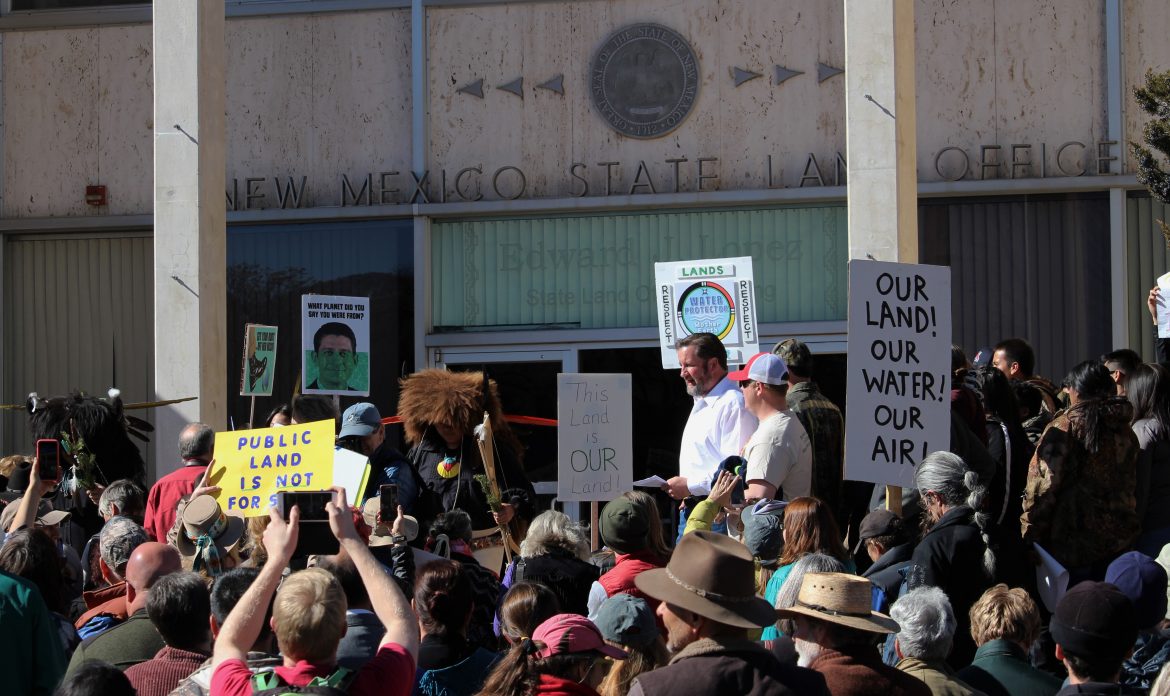 In Santa Fe yesterday, hundreds of people gathered at the Roundhouse to support protecting the state’s public lands.

Public lands can refer to those administered by federal agencies such as the National Park Service, Forest Service, Bureau of Land Management and U.S. Fish and Wildlife Service, lands protected as state parks or areas overseen by the New Mexico State Land Office.

The rally started at the capitol, and then protesters marched to the steps of the State Land Office, looped down Alameda and back to the rotunda. The crowd included a mix of people including sportsmen, students, retirees and conservationists from around New Mexico. It also featured dancing and drumming from students in the Pueblo Pathways Project at the Santa Fe Indian School.