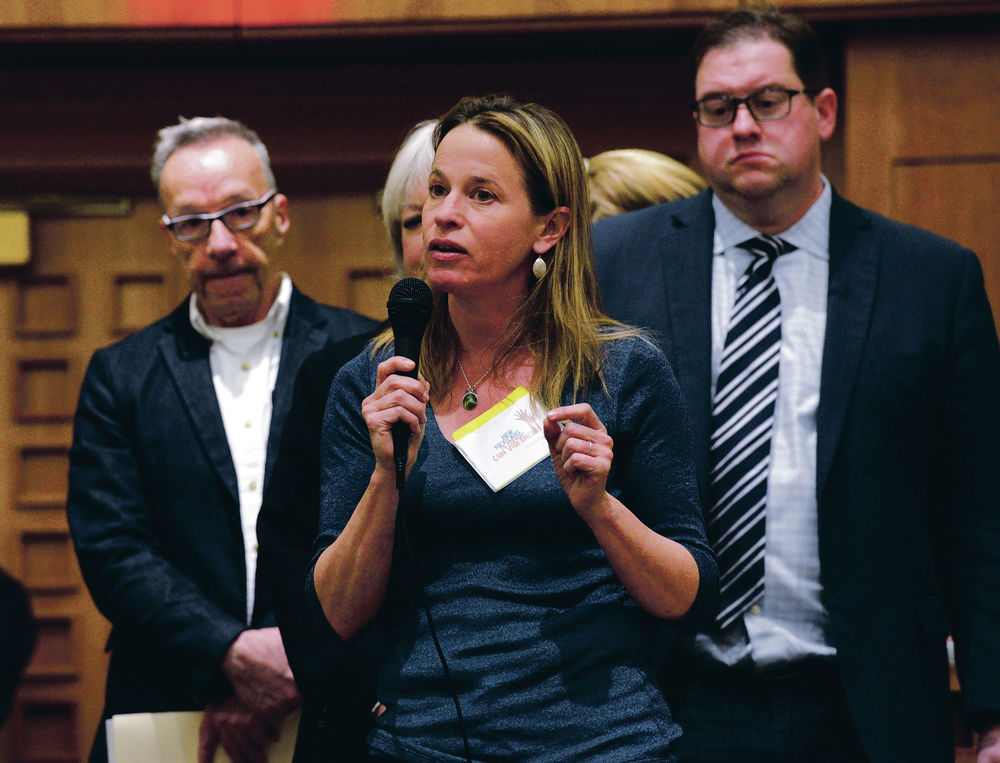 A 29-year-old Albuquerque man was accused of firing a .45-caliber pistol multiple times at a car carrying a couple and their 2-month-old baby. Last year, the man was charged with several felonies stemming from the September 2015 incident in Northern New Mexico. He pleaded not guilty and was released from jail on bond. One of the conditions of his release prohibited him from possessing firearms.

Just two weeks later, however, the suspect responded to an online ad for an AK WASR-10 rifle. He repeatedly called and texted the would-be seller, offering to pay $300 in cash. “We don’t need a bill of sale or none of that,” he said.

But he didn’t end up buying that rifle. The gun wasn’t real, and the ad was fake, one of 27 online classifieds placed last autumn by a New York-based gun-control advocacy group that’s backing legislation in New Mexico to expand background checks for gun sales.

Everytown For Gun Safety wanted to prove that people who couldn’t pass a criminal background check required for gun purchases from licensed dealers were skirting the regulation by buying guns online. So in September, the group began placing phony ads for firearms, most of them on the popular Armslist.com.

A consumer fills out a background check form to purchase a gun Wednesday at the Outdoorsman in the DeVargas Center in Santa Fe. A bill seeks to improve the background check system for gun buyers in New Mexico.

This week, Everytown released its report on the 36-day experiment, which includes heavily redacted police reports about the shooting suspect and others who wanted to buy guns the group had advertised.

Among the findings in the report:

o While Everytown could find no criminal records for more than 90 percent of the 209 New Mexicans who responded to its gun ads, 14 of the prospective buyers — 6.7 percent of the total — had criminal histories that likely would have been uncovered by a background check and would disqualify them from purchasing a firearm. Charges against them included child abuse, domestic violence, heroin distribution and attempted kidnapping.

o Nine of those 14 were either facing open criminal charges, were on probation or parole, or had warrants out for their arrest when they responded to the ads.

o Another would-be buyer: a 25-year old man convicted of burglary last year and convicted in 2013 on charges of aggravated assault with a deadly weapon against a household member. In October, after absconding from a halfway home where he was placed after a jail term, the man responded to an Everytown ad for a MAC-11 semi-automatic pistol.

A Deming man convicted of attempted kidnapping, aggravated assault and aggravated battery of a household member with a firearm also responded to an ad. In 2012, records show, he had choked his fiancée, told her he would break her neck and ordered her to get into the trunk of her car. He was trying to buy a Glock 19 handgun that Everytown had listed for sale.

o More than 4,057 unique online ads for unlicensed firearm sales in New Mexico were posted on Armslist.com and Backpage.com over the course of a year.

At least one of the would-be gun buyers with a criminal record used a fake name when responding to Everytown’s fake ad, but the group’s investigators were able to match information the man gave — such as phone numbers — with publicly available court records to determine he was disqualified from buying a gun.

Everytown’s report says the group may have underestimated the number of potential gun buyers who have criminal records.

Investigators only examined court records in the jurisdictions where the buyer was associated with a current or past address. Therefore, people who committed prohibiting crimes in other jurisdictions weren’t identified. And Everytown didn’t attempt to identify those who would be disqualified because of non-criminal factors, such as mental illness or dishonorable discharge from the military.

Sarah Tofte, research director for Everytown, said in an interview this week that the group has conducted similar studies in other states, including Nevada, Oregon, Washington and Vermont.

It found a similar rate of people with criminal convictions or facing criminal charges trying to buy guns in those states, Tofte said.

In previous committee hearings this year, much of the complaints by opponents center on parts of the bills involving temporary transfers of guns. But little has been said about the bills’ attempt to stop private online sales without background checks.