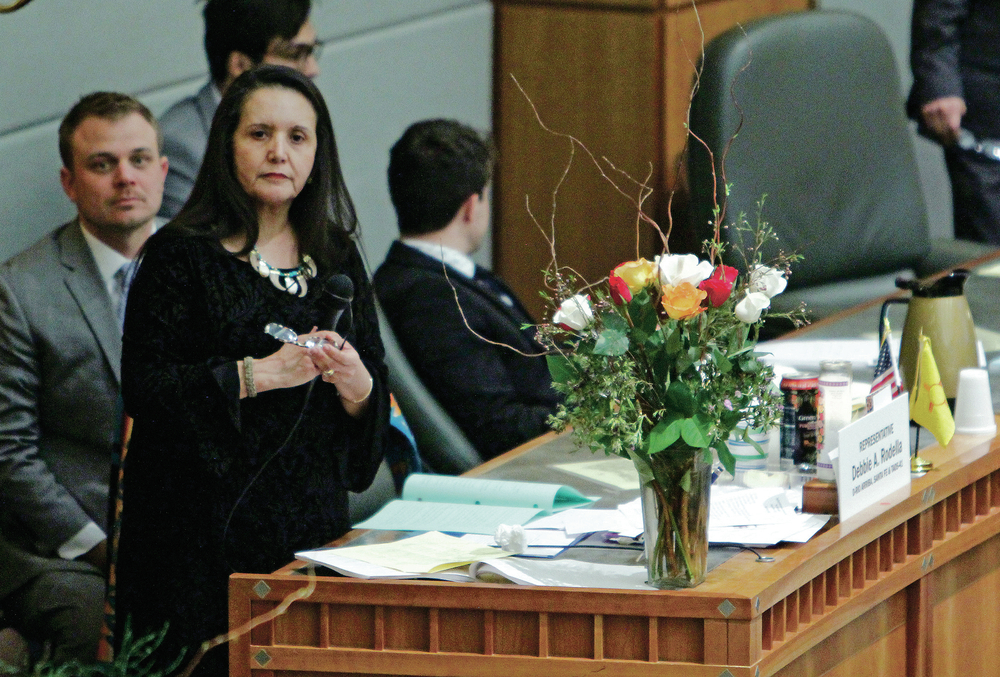 Solar energy companies would have to provide more information about the cost and energy savings on residential solar systems under a bill that passed the House of Representatives on Tuesday night by a large bipartisan margin.

Rodella told fellow House members that most solar companies have not been a problem. “But a few bad actors ruin it for everyone,” she said.

Proponents of the bill — including the state’s largest utility, Public Service Company of New Mexico — say the legislation would protect consumers by requiring solar companies and sales people to abide by a heightened level of transparency. It includes more than 20 points of required disclosure, such as a four-page written agreement that details performance guarantees for power generation, total cost and payments, how solar installation would affect property and other taxes, the ability to transfer ownership of the panels with a home and cost-saving estimates.

If a company didn’t comply with the disclosure requirements, it would face penalties under the Unfair Practices Act.

The bill also would require solar customers to consult with tax experts and their utility companies for advice related to a solar installation.

Rep. Monica Youngblood, R-Albuquerque, who voted for the bill, read a letter from a 79-year-old constituent who signed a 20-year financing contract with an Arizona company. His electric bill saw little change after the solar system was installed, despite promises from the company.

“Soon he’ll be paying two bills, one to PNM and one to the company,” Youngblood said.

Rep. Jason Harper, R-Rio Rancho, said he personally dealt with a door-to-door solar system salesman who tried to pressure him to buy a 30-year financing contract. Harper said he did the math and determined he could get financing on his own and pay about a quarter of the contract the salesman was trying to pitch him. But, Harper said, several of his neighbors got stuck with 30-year leases.

Opponents of the bill included Rep. Matthew McQueen, D-Galisteo, who said the measure seems hostile to solar power. He said the bill “goes too far [regulating] solar systems you buy and probably not far enough for systems you finance.”

Rep. Bill McCamley, D-Las Cruces, a former salesman for a solar company, said he agrees with regulating companies that offer financing plans. But, he said, he doesn’t think there’s a need to require more disclosure for cash sales. He asked Rodella to provide a documented case of shady dealings for cash sales. She couldn’t.

Some in the solar industry, including representatives of several New Mexico solar companies, testified in favor of the bill at committee hearings. Also supporting the bill is the Washington, D.C.-based Solar Foundation. But some environmental groups oppose it, saying the disclosure requirements are cumbersome and ultimately are designed to discourage solar customers.