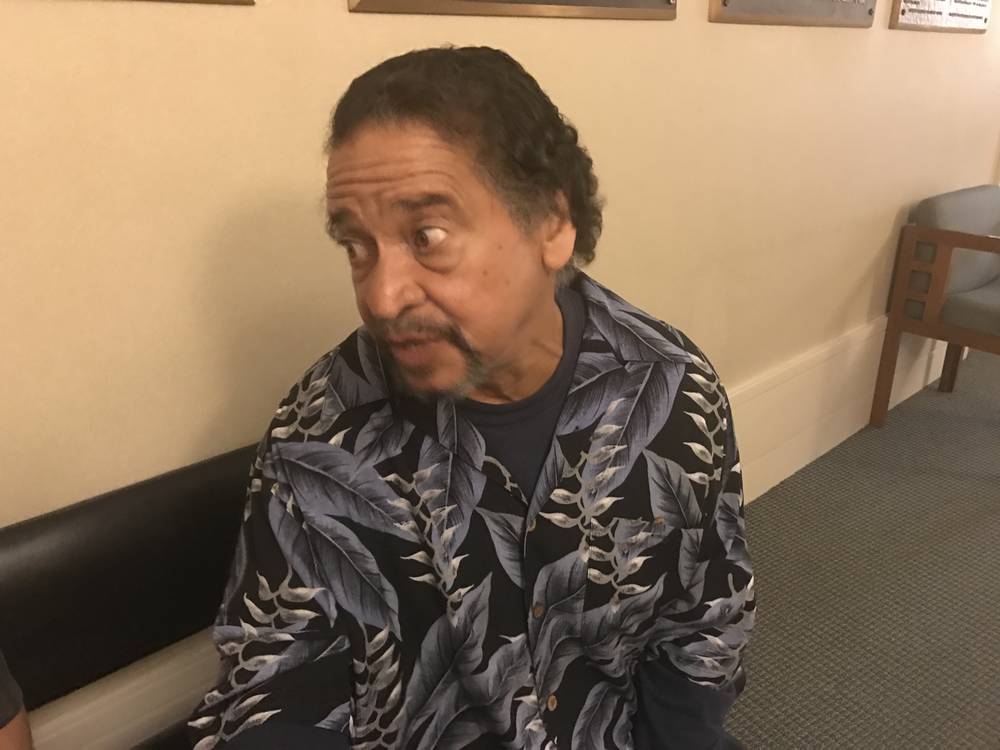 Juan Melendez, who was on death row in Florida for 17 years. Melendez, 65, now lives in Albuquerque.

When Juan Melendez was on Florida’s death row for a murder conviction, his mother built an altar with a statue of the Virgin of Guadalupe surrounded by roses. She said five rosaries a day, asking for a miracle to exonerate him and bring him home safely. She also wrote Melendez a letter saying, “Have faith, put your trust in God and that miracle will happen. One day, you will be free.”

It took 17 years, but the miracle happened. Melendez, 65, now living in Albuquerque, was freed in 2002 after the real killer came forward. Melendez said the letter gave him hope, but he didn’t know then that his mother was saving money to return his body to Puerto Rico after his execution.

“No mother should ever have to go through that,” Melendez said Sunday to a committee of the state House of Representatives that considered a bill to reinstate the death penalty in New Mexico. “I think she suffered more than I did.”

Democrats on the House Consumer and Public Affairs Committee blocked the death penalty bill after hearing from Melendez and about two dozen other opponents of capital punishment.

Her bill would have allowed for the death penalty in cases involving the murder of a child or law enforcement officer.

Explaining the bill, Youngblood said it was aimed at “the evil in our society that would hurt a child in this way.” New Mexico recently has been the scene of several high-profile murders of children, including 10-year-old Victoria Martens of Albuquerque in August 2016 and 9-year-old Ashlynn Mike, who was found dead in Shiprock in May 2016.

Youngblood said the question of capital punishment being a deterrent to crime is arguable. But she pointed to an October 2016 Albuquerque Journal poll that said a large majority of New Mexicans support bringing back the death penalty.

Hobbs District Attorney Dianna Luce, Youngblood’s expert witness, listed several murderers in the state who received the death penalty, but added that only one person has been executed in New Mexico in more than 50 years. That was child killer Terry Clark in 2001.

Luce also said, “New Mexico is the best place in the U.S. to be a criminal” because “our laws are not as strong as [other states].”

Shortly before the committee’s vote, Melendez told The New Mexican he doubts the state will ever bring back the death penalty.

Melendez also appeared before the New Mexico Legislature in 2009, the year it repealed the death penalty.

For seven years after that, the Legislature made no serious attempt to reinstate capital punishment. But last year, during a special session that began in late September, Gov. Susana Martinez put the death penalty on the agenda. The governor had initially said she wanted a one-day special session to resolve a budget deficit.

The House of Representatives, then controlled by Republicans, passed the death penalty bill on a party-line vote following a grueling six-hour hearing that began in the predawn hours. The Senate, with Democrats in the majority, ignored the House bill.

After the House committee killed the death penalty bill Sunday, Ben Baur, the state’s chief public defender, told The New Mexican, “I’m pleased that we’re not imposing new burdens on the state — financial burdens that would not do anything to reduce crime.”

A fiscal analysis by the Legislative Finance Committee of HB 72 said reinstating executions could cost the state up to $7.2 million a year over a three-year period.

The cost to incarcerate one person sentenced to the death penalty is $51,100 a year, the study says.

In the analysis, the Administrative Office of the Courts estimated that a death penalty jury trial would cost $12,000 to $17,000 more than a non-death penalty case. More jury costs would be incurred because, after finding someone guilty in a death penalty case, a jury would have to determine whether to impose capital punishment.