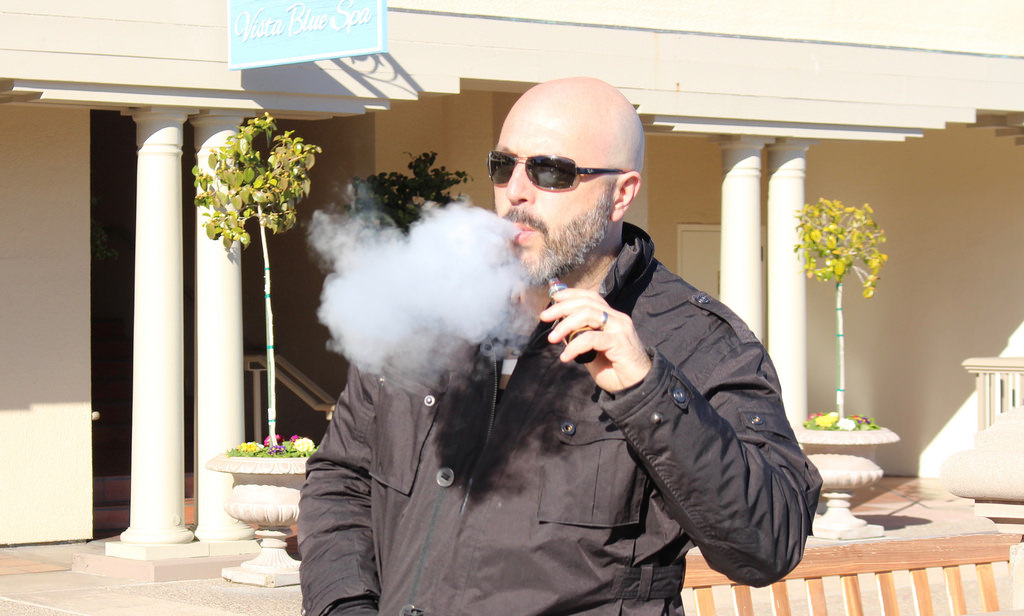 The state Senate voted 30-10 on Tuesday to restrict the use of e-cigarettes in public places much like other cigarettes, backing a proposal to curb what some public health advocates argue are the dangers of nicotine vapor from products that have gained popularity rapidly in just the last few years.

But some senators argued it is premature to treat e-cigarettes like traditional tobacco products, maintaining that too little is known about the health effects of “vaping” to warrant strong restrictions. And language in the bill that could change where patrons of restaurants and bars are already allowed to smoke also raised concerns among some Republicans.

“When we did the Clean Indoor Air Act, there was no such thing as vaping,” McSorley said, arguing it is time to update the state’s main anti-smoking law.

A report issued last year by the U.S. Surgeon General said e-cigarettes are now the most commonly used tobacco product among youth, surpassing conventional cigarettes in 2014.

Several states restrict e-cigarettes much like regular cigarettes, according to data compiled by the Public Health Law Center. California, Delaware, Hawaii, Maine, New Jersey, North Dakota, Oregon and Utah prohibits the use of e-cigarettes wherever smoking is prohibited.

But some Republican senators questioned whether vaping should be treated like smoking.

Sen. Cliff Pirtle, R-Roswell, argued the bill could be a step back for what he described as a safer alternative to traditional cigarettes.

“We don’t really have enough on vapor to know if it is truly unsafe,” he said.

And Republicans raised concerns about other sections of the bill that could change where restaurants currently allow customers to smoke.

Senate Bill 318 would redefine “indoor space” under the state’s main anti-smoking law to include patios and decks bounded on two sides by walls, effectively eliminating some existing smoking areas.

Though similar proposals have died in past years, the opposition Tuesday was not enough to stop the bill. It heads next to the House of Representatives.