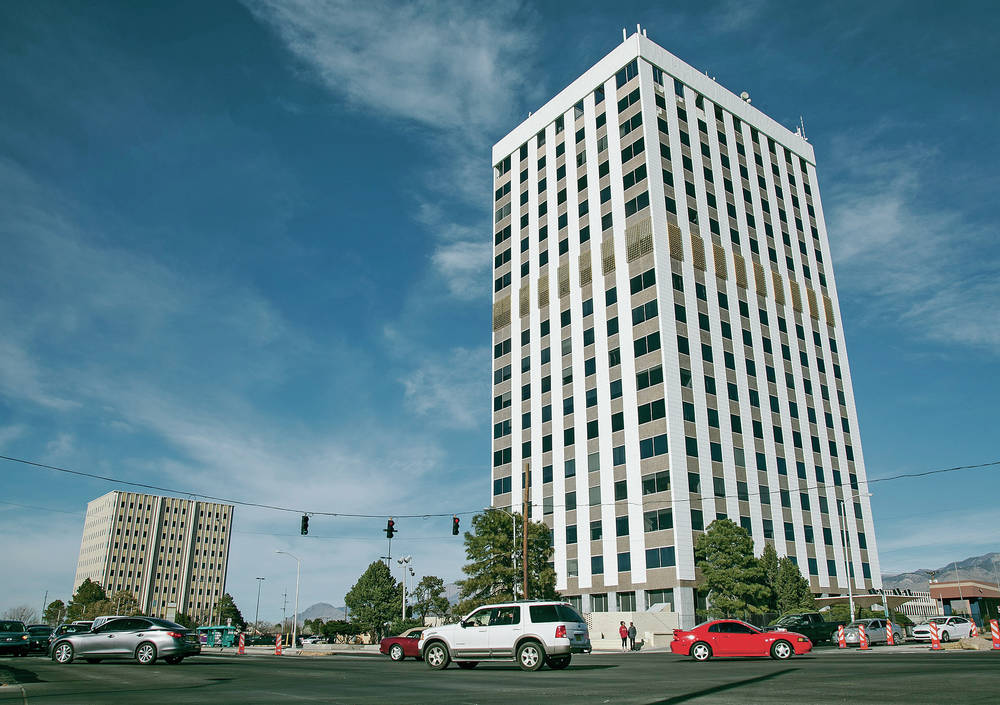 Legislation approved by the Senate but then killed by its sponsor would have allowed state agencies to extent their leases in this office building in Albuquerque. Building owners made campaign contributions to Gov. Susana Martinez and a Martinez political action committee.

Gov. Susana Martinez personally lobbied the Senate’s top Democrat to support a controversial bill that would have created an exception in government rules and allowed state agencies to extend their leases at a building owned by donors to her campaign.

Senate Majority Leader Peter Wirth, D-Santa Fe, said Monday that Martinez asked him to support the measure after he had voted against it in a committee hearing.

“I was concerned about having a state law that overrides an agency’s rule,” Wirth said.

But during a later conversation, Martinez asked him to reconsider, Wirth said. As majority leader, Wirth held off bringing the measure to a vote by the full Senate, and he asked another senator to vet its legality.

Wirth said he called the bill for a vote only after being assured it was legally sound. And while some Democrats denounced the maneuver as “fishy” and a “sweetheart deal” during debate on the Senate floor, Wirth was among the 30 senators who voted to approve it. Ten dissented.

But just four days later, all support by senators for the bill collapsed in a dramatic turnabout that played out publicly.

Embarrassed and apologetic, Neville withdrew the bill. Democratic senators, led by George Muñoz of Gallup and Joseph Cervantes of Las Cruces, said they had no criticism of Neville because he had merely been a conduit for Martinez’s administration to push the bill. But Cervantes said Martinez’s administration had engaged in a pay-to-play maneuver in which donors receive state business.The bill sponsor, Sen. Steve Neville, R-Aztec, stood before his colleagues Saturday and told them he had misled the chamber about political donations from the property owners. Neville said he had only learned that same day that the building owners had contributed $26,200 to Martinez’s re-election campaign and her political action committee.

Cervantes on Monday said Martinez’s staff had approached him and asked that he support the real estate leases. He declined, voting against the bill in a committee and on the Senate floor. He said he didn’t like the idea of putting a lease in statute.

Cervantes said Martinez’s Cabinet secretaries already had the authority to extend the $1.9 million annual leases for two towers in Albuquerque used for programs of the Children, Youth and Families Department. He said he believed that Martinez’s administration wanted the change done by statute to provide cover for itself on a controversial deal.

But the governor’s staff said no special arrangments were made in consideration of the property owners.

“Again, she and her staff never met with the donors about the lease, nor does the governor even recall meeting them,” her press aide, Chris Sanchez, said in an email.

Sen. Michael Padilla, D-Albuquerque, did not accept that explanation. He stepped up his calls Monday for an investigation of Martinez by the Senate Rules Committee. Padilla said “a complete and full accounting” of how the bill for the lease arrangement came about is warranted.

The bill was drafted and introduced in mid-February, just before the filing deadline. Neville said he agreed to carry the measure, Senate Bill 430, at the request of Monique Jacobson, Cabinet secretary of the Children, Youth and Families Department.

For her part, Jacobson said she was working on a deal to extend the lease with the guarantee that the property’s owners would make upgrades across the office complex, which includes two towers. The owners also had agreed to build a 20,000-square-foot center for children entering state care, Jacobson said.

Overall cost for the state would remain flat or could even drop, Jacobson said.

But a financial analysis of the bill by the legislative staff questioned whether extending the lease was a smart move for taxpayers.

The rent cost $1.9 million last year. Neville’s bill would have allowed other state agencies at the same buildings to extend their leases, too.

After introducing the bill, Neville told fellow senators in committee hearings and on the floor of the Senate that no one with an interest in the property had made any significant political contributions.

But publicly available campaign finance records showed the property owners had indeed donated to Martinez starting in 2014 with her re-election campaign.

One owner, Alexander Moradi, contributed $5,200 to the governor’s campaign, and the company that owns the property, ICO Central San Mateo LLC, donated a total of $10,200.

The owners of the Albuquerque complex had bought it in foreclosure in 2013. After a bank moved out of the building, state agencies became the primary tenants.

And contributions to the governor’s political interests continued. Moradi and part-owner Aaron Hazelrigg donated $5,400 each to Susana PAC within a week of one another in 2015, according to an analysis of campaign finance reports by The New Mexican.

The contributions came about the same time that the FBI was investigating fundraising by the governor’s campaign and political committee, whose key player was Jay McCleskey, Martinez’s political adviser.

Neville said he had been unaware of the contributions from the building owners until informed Saturday by Jacobson and Ed Burckle, secretary of the General Services Department, which handles real estate for state government.

Soon after, Neville decided he had to withdraw the bill for the lease extension, saying he had misled his colleagues. But Neville also said that he didn’t believe anything sinister had been intended. He disagreed with Cervantes’ characterization of the bill as a pay-to-play arrangement.

Sanchez said building the new center for the Children, Youth and Families Department had become a priority for the governor, he said.

And Sanchez said that extending the lease had turned out to be the best option after criticism the administration encountered when seeking to buy a building for the department near the Albuquerque airport.

The Martinez administration in late 2015 dropped a plan to spend about $10 million to buy an office complex in Albuquerque to house the Department of Children, Youth and Families, including a care center for children in state custody. The administration took the action following a published report that the office complex had sold for just $1.5 million in April 2015. It said it was unaware of the $1.5 million sales price.