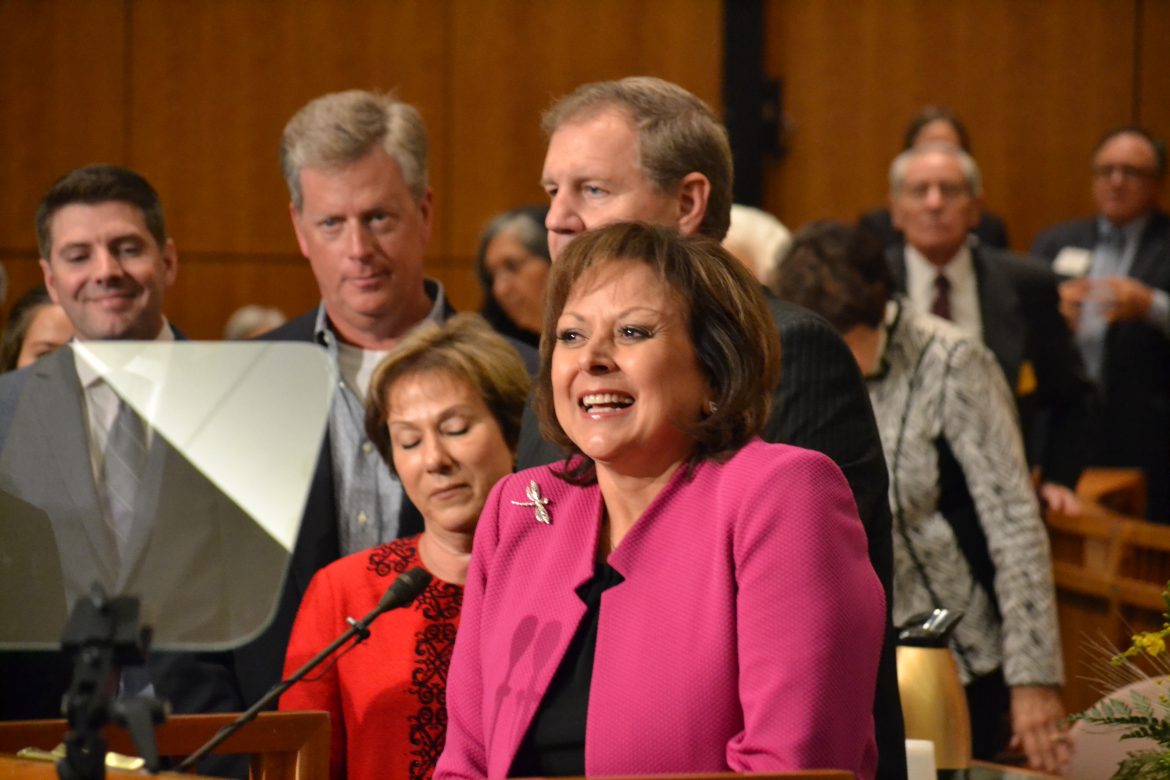 Gov. Susana Martinez finishing her 2017 State of the State Address.

Gov. Susana Martinez and Lt. Gov. John Sanchez are among the most influential Latino Republicans in the country according to a national conservative outlet.

Earlier this week, Newsmax named Martinez as the fourth-most influential Latino Republican, up from 16 last year. Sanchez came in 15th, up from 23rd last year.

The two top spots went to U.S. Senators, with Ted Cruz of Texas leading the way and Marco Rubio coming in second.

The Newsmax list gets part of Martinez’s background wrong, saying she is the chair of the Republican Governors Association. Martinez is the immediate past chair of the organization.

“Martinez, who is of Mexican descent, was named ‘Woman of the Year’ by Hispanic Business Magazine for her efforts in reducing taxes and making her state more business friendly,” the post reads.

As for Sanchez, the story mentions his likely candidacy for governor in 2018. It also mentions he is the “great, great grandson of a 19th-century territorial legislator before New Mexico became a state.”

One New Mexican who dropped off the list was U.S. Rep. Michelle Lujan Grisham. Lujan Grisham was a surprise inclusion in the 2016 list—mainly because she’s a Democrat. The 2016 list still has her name on it.