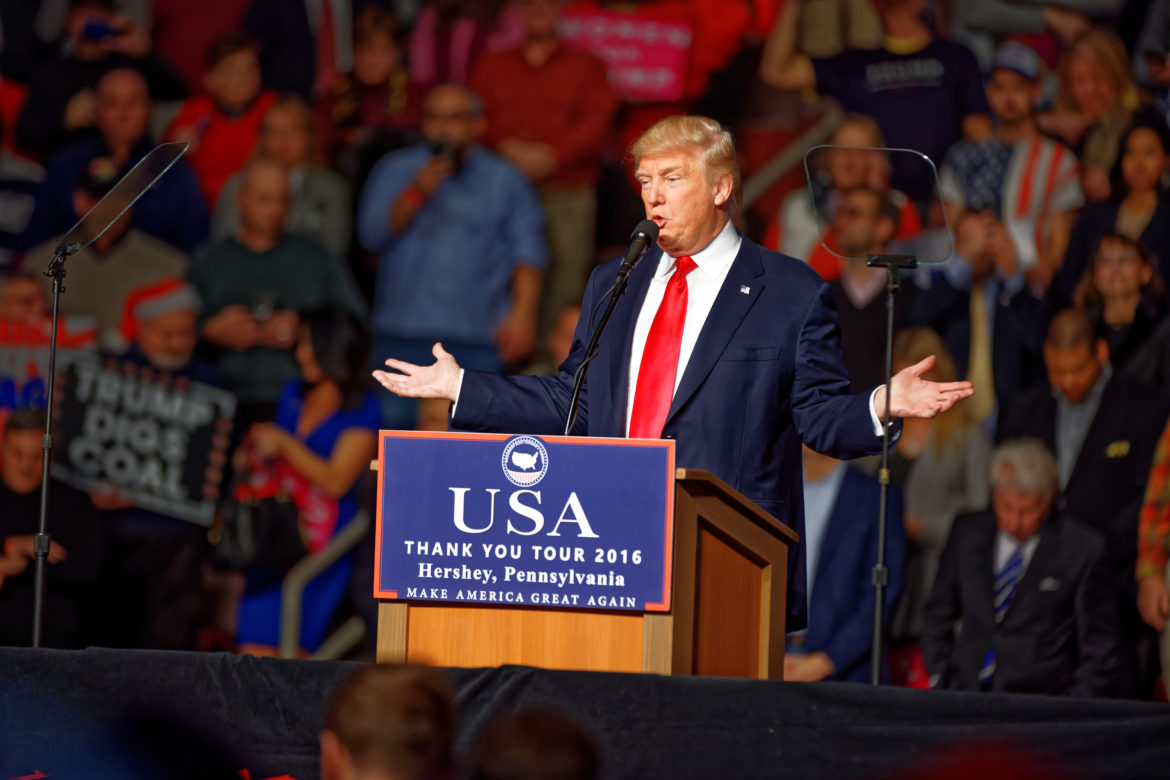 I’ve been reporting on environment issues for almost 15 years, and during most of that time, it hasn’t exactly been a breaking news beat. There are disasters like wildfires or the Gold King Mine spill. But for the most part, covering issues like drought, climate change and energy policy doesn’t usually involve a race to deadline.

With every appointment to the federal agencies and each announcement of a rule rollback, reporters around the nation are racing to understand what that might mean for the readers they serve. At the same time, so many issues across New Mexico demand attention—from the planned closures of coal-fired power plants in the Four Corners to the state’s nuclear waste issues.

Writing this Monday afternoon wrap up for New Mexico Political Report readers helps me keep up on what’s happening across the state and our region when it comes to water, public lands, wildfire, forests, nuclear waste, energy and lots of other issues. If you think so, too, please share it with some of your friends or family members and consider signing up for our email list or liking us on Facebook.

But, there’s also a bipartisan Climate Solutions Caucus in the U.S. House of Representatives. Formed just over a year ago, the caucus is focused on finding economically-viable solutions to the impacts of climate change.

At the end of March, co-chairs Rep. Ted Deutch, a Democrat, and Carlos Curbelo, a Republican, both of Florida, announced ten new members. The caucus now has 34 members, evenly divided between Democrats and Republicans. Members come from coastal states, including Florida, New York, Massachusetts, Virginia, Washington, Oregon and California that will be affected by sea level rises, but also from states like Nebraska, Colorado, Vermont, Illinois, Pennsylvania, Nevada and Utah.

So far, there are no New Mexico names on the list.

Last week, oil and gas giant ConocoPhillips announced plans to sell off its stake in the San Juan Basin in New Mexico and Colorado. According to FuelFix:

The Houston oil explorer said its 1.3 million acres stretching from Colorado to New Mexico will fetch $2.7 billion in cash, as well as contingent payments of $7 million per month if natural gas prices stay above a certain level. These payments, which could last for six years after the beginning of 2018, are capped at $300 million.

The story also noted that the move is “expected to cut the company’s exposure” to natural gas, which has become less profitable in recent years. The deal, according to a statement from the company’s CEO, would “improve the company’s balance sheet and return cash to shareholders.”

Because of the Great Lakes’ abundance of potable, fresh water, “you might imagine that there’s a giant bull’s-eye that can be seen from space that’s sitting above the Great Lakes—meaning it’s a target area, in a sense, for the rest of the country,” Famiglietti said.

“Because there’s so much fresh water, you can imagine that 50 years from now … there might actually be a pipeline that brings water from the Great Lakes to Phoenix. I think that that’s part of our future.”

The global water crisis is “far worse than most people imagine, Famiglietti said, adding that it’s “almost an unsolvable problem.”

Here in in the Middle Rio Grande, farmers should be happy about the winter’s solid snowpack.

[MRGCD hydrologist David] Gensler said the snow pack in the Rio Chama basin was significantly higher than average this year, which should translate to more water in El Vado Lake to the north.

Since that story was published, there’s been more good news for New Mexico’s farmers: The state has come out of Article 7 restrictions. That provision of the Rio Grande Compact prevents the Middle Rio Grande Conservancy District from storing water in its upstream reservoirs if Elephant Butte is below a certain level.

Last week, the Taos News reported on the state of the Cimarrón River since a December crash when a fuel tanker dumped more than 1,000 gallons of gasoline into the river. According to the story, the New Mexico Environment Department has said the river is “getting much closer to pre-spill conditions.”

Later this spring, local municipalities like the village of Cimarrón, Springer and Ratón will start drawing from the river again, once they’ve received approval from the state. The spill affected local ranchers, and access to the river is still closed within the Cimarrón Canyon State Park.

Last week, a conservative organization sued U.S. Environmental Protection Agency officials who may have used a cell phone encryption app to “thwart government oversight and transparency.” Judicial Watch filed the lawsuit in the U.S. District Court for the District of Columbia.

After Politico reported that some EPA officials were reportedly using the Signal app to contact reporters or environmental activists, Judicial Watch filed Freedom of Information Act requests seeking access to those messages. When the agency failed to respond, Judicial Watch filed the suit, which it says “could expose how the anti-Trump ‘deep state’ embedded in EPA is working to undermine the rule of law.”

Meanwhile, EPA administrator Scott Pruitt has asked the agency for a 24/7 security detail. The former Oklahoma Attorney General, who had sued the agency he now heads, is the first to ask for that level of security. According to a draft EPA budget, which includes millions of dollars in cuts to the agency’s core programs, an around-the-clock detail for Pruitt would require hiring ten new security guards.

In February, E&E News reported on why Pruitt, like U.S. Department of Education Secretary Betsy DeVos, has requested additional security:

Myron Ebell, who was the head of Trump’s EPA transition team, said boosting security for Pruitt is a wise move.

“I think it’s prudent given the continuing activities by the left to foment hatred, and the reported hostility within the agency from some unprofessional activists,” Ebell said.

Ebell was also the target of protests while he leading the EPA transition team. Hundreds of students marched in November from Georgetown University to protest outside his office at the Competitive Enterprise Institute, the Post reported.

And last on the EPA front for this week, the agency has just opened the public comment period for its rollback of environmental regulations. A summary of the agency’s actions in April is included on the EPA’s website, as well as information on how to submit your comments.

Last week, the Center for Biological Diversity and Rep. Raúl Grijalva, D-Arizona, sued the Trump administration over its proposed border wall and border security measures. The congressman and the nonprofit want the U.S. Department of Homeland Security and U.S. Customs and Border Protection to prepare a supplemental “programmatic environmental impact statement” for the border program.

According to the lawsuit, the impacts of Trump’s border wall on wildlife merit more study. And it’s not just the wall: Plaintiffs say DHS failed to properly study how its buildup of infrastructure along the border since 2001—including roads, radio towers, remote sensors and stadium lighting—has affected wildlife as well as parks, reserves, wetlands and desert streams and rivers.

A report prepared for the Environmental Defense Fund looks at the economics of methane-capture from the oil and gas industry. Analysts collected information from 60 companies that provide methane leak detection and repair services to see how robust the industry is and what its future growth might be.

Although federal regulations to curb methane leaks from oil and gas wells, processing plants and pipelines are currently under fire, five states including Wyoming, California and Colorado have relevant regulations. In those states, companies are experiencing 5 percent to 30 percent business growth. The industry is fairly new, and more than half the companies are small businesses.

While Texas isn’t one of the states with methane regulations, 23 of the 60 companies are headquartered there.

Environment New Mexico Research and Policy Center also released a report last week that breaks down state-by-state and city-by-city data on air pollution. The report includes information about how many days out of the year seven New Mexico cities have elevated smog pollution. These include Albuquerque (113 days out of the year), Carlsbad-Artesia (94), Española (61), Farmington (101), Hobbs (68), Las Cruces (112) and Santa Fe (53). To read the entire report, visit this link.