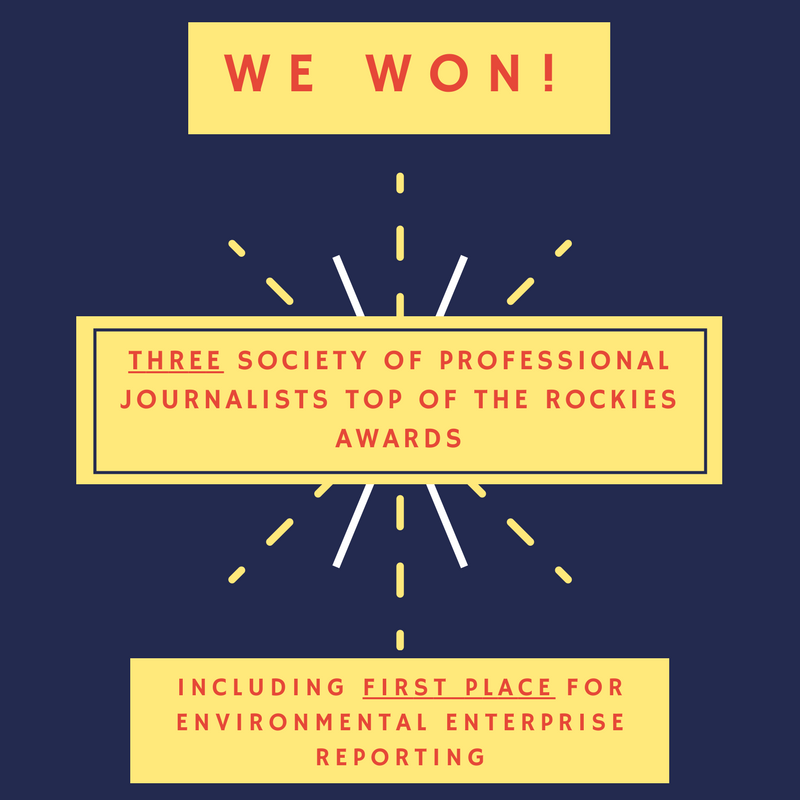 NM Political Report received the awards at the annual ceremony at the Denver Press Club. The awards honor the best work from journalists from Colorado, New Mexico, Utah and Wyoming.

Want to keep this award-winning journalism going? Donate here. We are a non-profit news outlet (notice: no ads! Anywhere!) and we rely on donations to keep the doors open and the lights on to allow us to do this hard work.

Joey Peters won first place in the Environment: Enterprise Reporting category for his story “City gave ranch million-dollar water discount, documents show.” This story found likely misuse of funds by the City of Jal when it came to granting a rancher discounts on water that other ranchers did not receive.

Peters also won a third place award in the News Feature category for “Death at a skate park: Putting together the pieces of a deadly night.” In this story that took months to report, Peters examined the death of Jaquise Lewis—and identified his killer, even after the Albuquerque Police Department did not for months after the shooting.

Laura Paskus won third place in the Politics: General Reporting category for her story on the long-term effects Donald Trump’s appointees and policies will have on New Mexico.

The story examined what, exactly, the new administration’s priorities would mean for New Mexico, especially on the environmental front.

Paskus also won one other award for her work previous to joining NM Political Report late in the year.

Other organizations in our categories have more resources than we do—some had more than twice as many people at the ceremony as we have total on our staff.

These aren’t the first awards we’ve won. Last year, we brought home four awards, including a first-place award for a two-part series on life in the oil patch of southeast New Mexico.