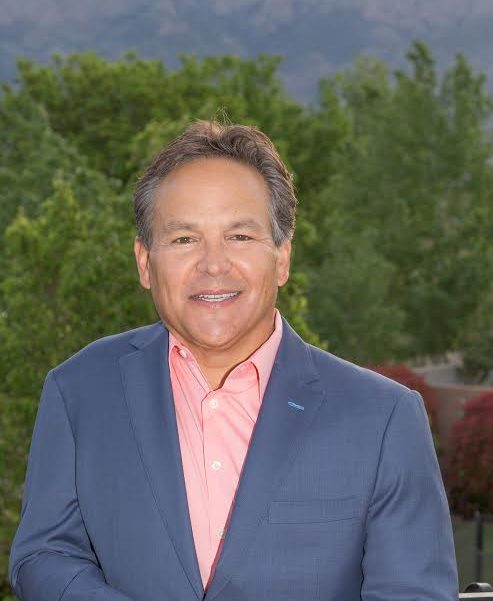 “I’m not running because of any legacy,” Apodaca said.

If elected, Apodaca, a Democrat, said he would work to diversify New Mexico’s economy so the state is less dependant on oil and gas. Not only could New Mexico use wind and solar power for its own purposes, Apodaca said, but the state could power other states using renewable energy sources.

“There are billions of dollars on the sideline looking for renewable energy,” Apodaca said.

Funding early childhood development is another one of Apodaca’s campaign platforms. A governor’s agenda can only move so far if there isn’t a cooperative state Legislature to move bills, but Apodaca said he’s confident he can work with lawmakers.

He remembers in middle school and high school getting ready for school in the governor’s residence and overhearing his father and legislators arguing about policy.

“Sure they bickered,” Apodaca said. “But they always found solutions for the greater good and the people of New Mexico.”

Apodaca grew up in Las Cruces and later Santa Fe when his father was elected governor. After graduating from the University of New Mexico, he began his career in television.

Apodaca worked as an executive for a number of television media companies, including in Los Angeles. Eight years ago, Apodaca and his wife moved back to New Mexico with their children. Upon return, Apodaca said he saw elected officials not representing their constituents.

“Moving back here, I just got frustrated with the political leadership,” he said.

Despite his family connections, Apodaca said he considers himself a political outsider.

“Politicians who are running, or who are rumored to run, have been in the system for 20 or 30 years,” Apodaca said.

Apodaca said he ultimately decided to run for governor after consulting with his wife.

“We feel we have new ideas,” he said,referring to all New Mexicans who are behind him.

“My successes in life have already been a team effort,” Apodaca said.

The only other candidate to announce a run for governor so far is U.S. Rep. Michelle Lujan Grisham, a Democrat from Albuquerque.