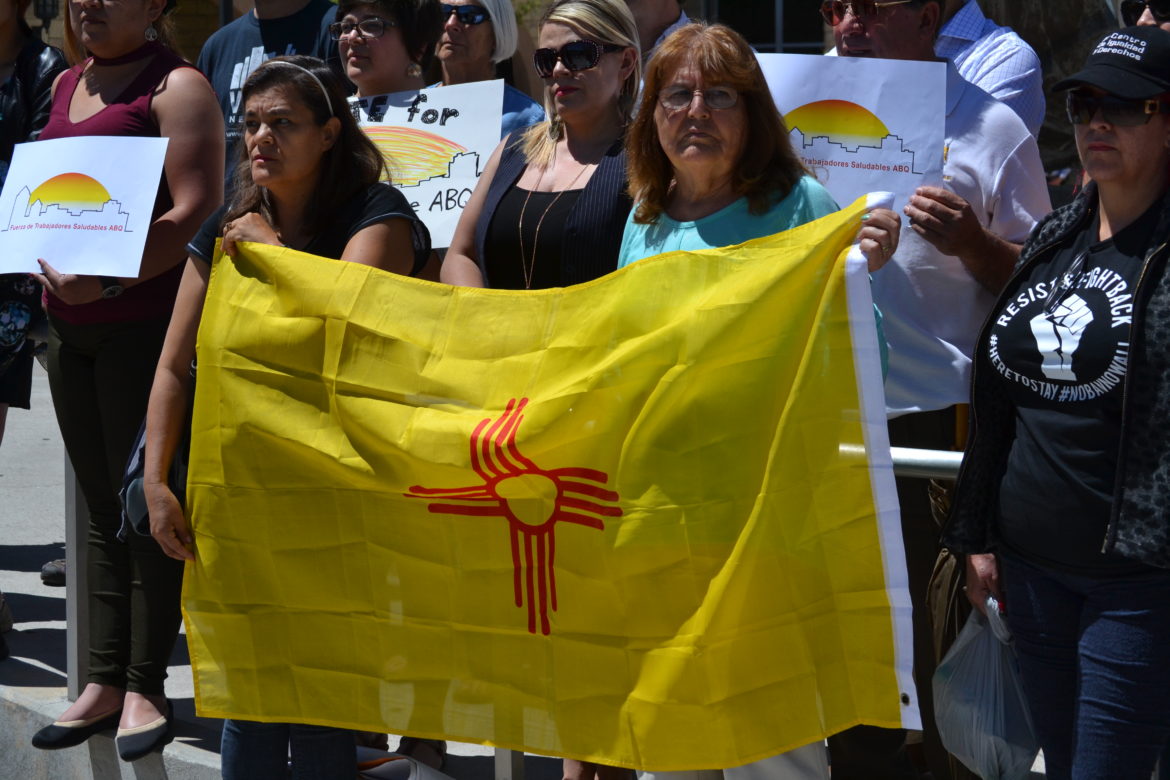 Three advocacy organizations are teaming up to intervene in and halt a lawsuit filed by business groups that want to reverse Albuquerque’s minimum wage and keep a paid sick leave ordinance off the ballot in October.

The Center on Law and Poverty, which is acting as counsel, filed a motion to intervene and a motion to dismiss the lawsuit Thursday in Albuquerque district court.

The Center on Law and Poverty, is representing a group of city voters who are members of Organizing in the Land of Enchantment (OLE) and El Centro de Igualdad y Derechos. The New Mexico Association of Commerce and Industry, NAIOP and the New Mexico Restaurant Association filed the lawsuit against the city earlier this month.

The lawsuit contends that both city initiatives amount to illegal “logrolling,” which it refers to as “the presentation of double or multiple propositions to the voters with no chance to vote on the separate questions.” Attorney Pat Rogers, who is representing the business groups in the lawsuit, cites the fact that the proposed sick leave ordinance has 14 sections to it as an example.

Tim Davis, a staff attorney with the Center on Law and Poverty, said city voters have jurisdiction in the matter because they voted to increase the minimum wage in 2012 and gave signatures last year to put a paid sick leave ordinance on the ballot.

“These community groups of voters, their rights will be affected by this lawsuit,” Davis said. “So the voters seek their right to protect the minimum wage and the paid sick ordinance that will be on [the ballot], their right to directly petition their government on the ballot, their right to a direct democracy.”

City voters approved an increase in the minimum wage to $8.80 per hour in 2012. The lawsuit, if successful, would bring the city’s minimum wage back to the state level of $7.50.

The other effort to throw out the case contends that the court doesn’t have the power to grant relief asked for in the lawsuit.

Alicia Saenz, a child care worker, spoke at a Thursday press conference in front of district court in downtown Albuquerque about how turning back the minimum wage would affect her.

“We want a society that is safer, healthier, more progressive,” Saenz, speaking through an interpreter, told NM Political Report. “And we want folks to recognize that our hard work we invest in this community means a lot for the growth of this city.”

Marco Nuñez, the worker justice coordinator El Centro de Igualdad, called the lawsuit “a slap in the face” to voters in the city.

“To roll back time now and undermine that democratic exercise is really offensive,” he said.

NM Political Report reached out to Rogers for comment Thursday afternoon on the two motions. We’ll update this story with his response when we receive it.

When voters approved the increase in 2012 and it went into effect in 2013, city officials initially said they would not actively enforce the increase, leaving it to individuals to file civil suits for alleged lost wages. After public outcry, the city did eventually join one suit against a business accused of not paying employees the increased wage.

Rogers’ lawsuit is the latest in a handful of suits that challenge the city’s minimum wage ordinance or the validity of ballot initiatives.

When Healthy Workforce ABQ challenged Bernalillo County’s refusal to include a sick leave initiative on the ballot last November, Rogers joined the case in opposition on behalf of business organizations. A state district judge ruled that the sick leave provision must appear on the ballot in it’s entirety instead of a summary.

Last month, the former owners of Kelly’s Brew Pub, who are being sued for wage theft, filed a counter motion asking the same judge to dismiss the case on grounds that the minimum wage increase that went into effect in 2013 was invalid. The defendants in that lawsuit argue the wage increase was presented through a summary and not in its entirety.

The current owners of the brewpub are not party to that lawsuit.