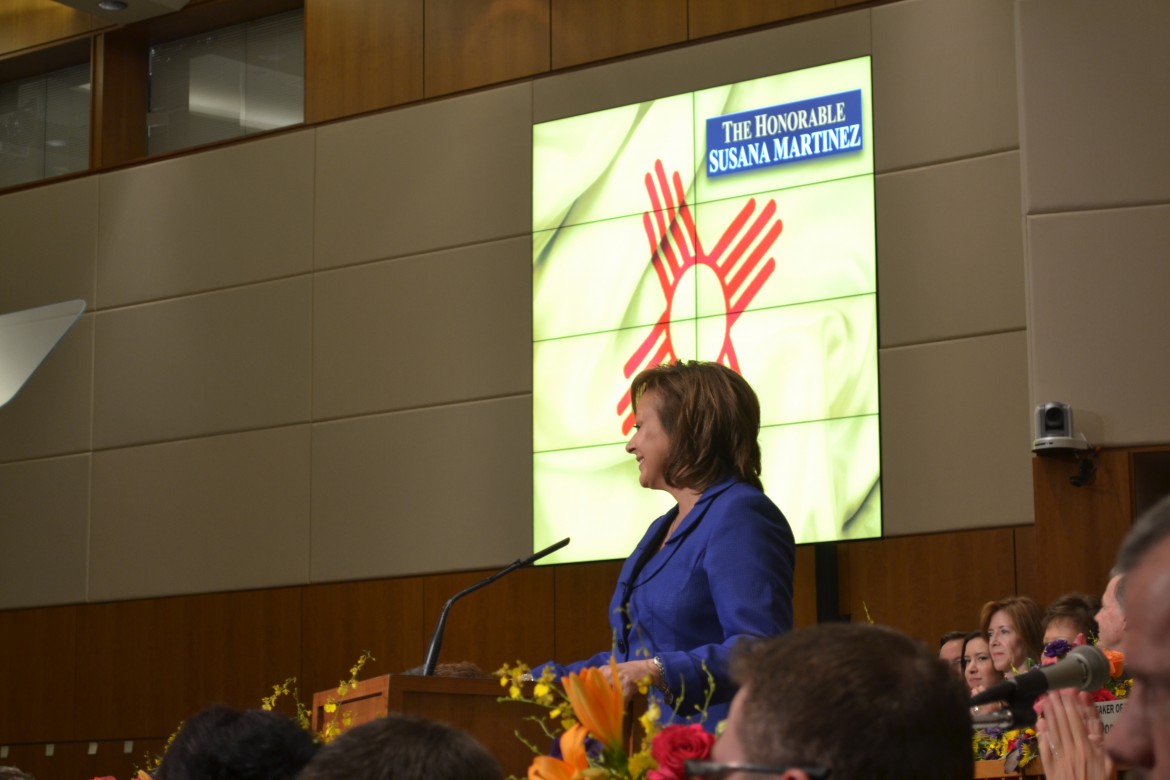 Gov. Susana Martinez officially called the state Legislature into a special session beginning at noon on May 24 to draw up a spending spending plan for the coming fiscal year, among other issues.

The special legislative session is set to occur roughly one week after the state Supreme Court hears oral arguments in a case from the state Legislature challenging several of Martinez’s line-item vetoes on the budget passed earlier this year during the general session. Martinez’s actions included vetoes of the entire budgets for higher education and the state Legislature.

Note: This is a breaking news story and more information may be added.

In the proclamation, Martinez says there is “an essential and immediate need to enact a more responsible budget for the New Mexico higher education institutions and the legislative agencies that are provided for in state statute to assist New Mexico’s voluntary legislature for Fiscal Year 2018.”

In addition to the state budget, Martinez put a comprehensive tax overhaul, capital outlay spending and the confirmation of university regents on the special session agenda.

Martinez recently announced what she called a budget agreement—though the agreement was only with the House Republican caucus, which frequently sides with her on big issues.

Smith said he had no opinion on the proclamation, and that he was instead waiting on direction from the courts.

Smith, along with other legislators, asked for an update on the current year’s revenues and said that was his main focus right now.

Wirth, however, criticized Martinez’s proclamation as having “scarce details” that “do not add up.”

“Governor Martinez rejected the responsible bipartisan budget plan passed by the Legislature and unconstitutionally eliminated all funding for higher education and an entire branch of Government,” Wirth said in a statement.” Now she wants to cut her way out of the mess she created.”

He added that comprehensive tax reform “is a good goal supported by legislators on both sides of the aisle” but said any plan “has to be done in a responsible way that will not hurt New Mexico families.”

“In addition to bringing in no new revenue, the bill Governor Martinez continues to push would add a new tax on schools, non-profits, doctors and as originally introduced would re-impose a tax on food,” Wirth said. “That proposal was rejected during the regular session by Democrats and Republicans in the Senate.”

House Speaker Brian Egolf, D-Santa Fe, said he was pleased to know the date of the session but disappointed that the governor hadn’t put forward any details on her budget proposal.

“The governor knows, because House and Senate leadership have been clear from the beginning, that cuts to education, health care, behavioral health and important economic development initiatives will not be accepted during a special session,” Egolf said in a statement. “We should all keep in mind, that the agenda and need for a Special Session will not be fully known until the Supreme Court makes a decision after the May 15 hearing.”

In a statement, Martinez reiterated that there should be no tax increases. She also said the budget passed by the Legislature during the regular session was not balanced.

“We need to balance our budget, address our cash crisis and restore funding for our colleges and universities – without asking families to foot the bill to bail out government,” she said.

The Legislature passed a budget during the regular session with bipartisan support in the Senate but only Democrats in the House. That budget would have needed a tax package, which included some tax increases including on gasoline and internet sales, to balance the budget. Like the budget bill, it passed with a bipartisan vote in the Senate, but only with Democratic votes in the House.