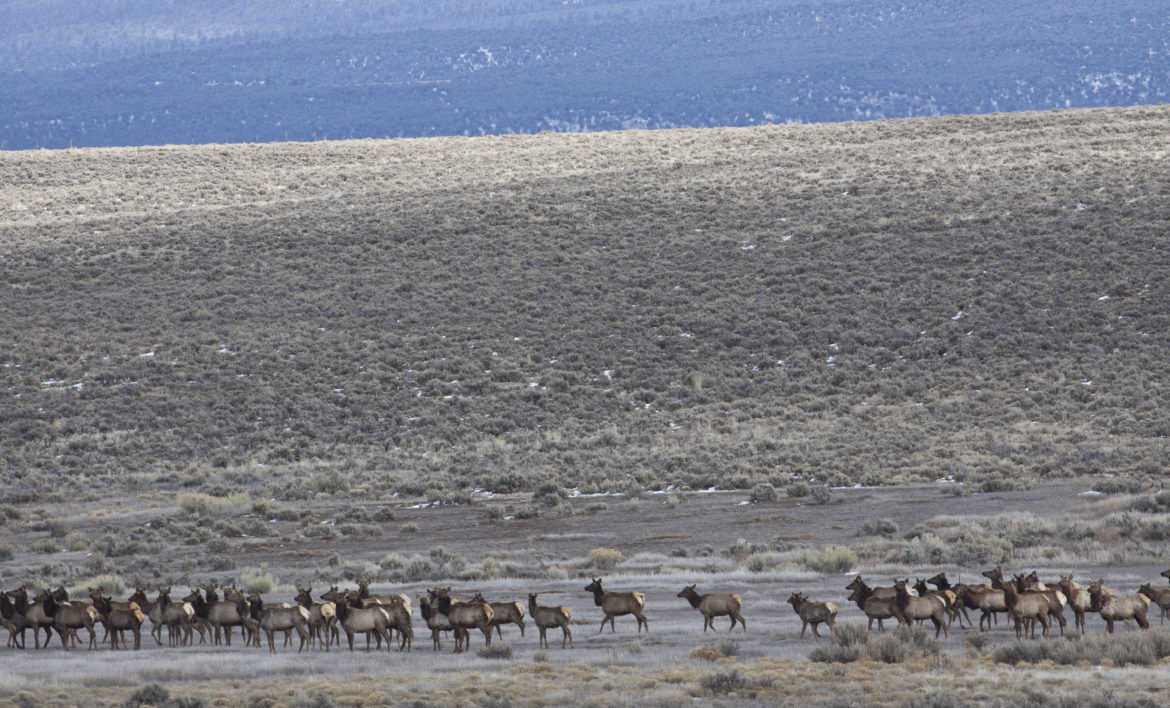 Last Friday, the U.S. Department of the Interior announced its official list of national monuments under review, after President Donald Trump signed an executive order last month directing Interior Secretary Ryan Zinke to review the designations previous presidents had made under the Antiquities Act of 1906.

Two New Mexico monuments are on that list: near Taos and Organ Mountains-Desert Peaks in the southern part of the state.

To submit comments on the review requires more than a Facebook click. You’re going to have to navigate a bit, but here are the details on how to do it:

DATES: The Department will shortly publish a notice in the Federal Register officially opening the public comment period. Written comments relating to the Bears Ears National Monument must be submitted within 15 days of publication of that notice. Written comments relating to all other designations subject to Executive Order 13792 must be submitted within 60 days of that date.

The full list of monuments up for review is online here.

According to the story, which has lots of great photos:

The U.S. Army Corps of Engineers estimates that sustained flows in the Rio Grande this spring are the highest since 2008 and are likely to continue into June or later. Many areas of the river have “overbanked” this spring, spilling into the bosque.

It’s a pretty great sight to see (as long as you wear long-sleeves to avoid the mosquitos).

But *cough* a new study offers a good reminder that we shouldn’t always expect those flows.

According to the study, published last month in the American Geophysical Union’s Geophysical Research Letters, the Upper Rio Grande Basin has seen decreasing runoff in recent decades. And the trend from 1986 through 2015 is “unprecedented in the last 445 years.”

The authors also point out that runoff ratios are 2.5 to 3 times more likely when temperatures are above normal versus when they’re below normal.”

The scientists were dismissed via emails, “informing them that their three-year terms had expired and would not be renewed.” According to the Times, the scientists had been told otherwise in January, just before Trump’s inauguration.

A spokesman for the E.P.A. administrator, Scott Pruitt, said he would consider replacing the academic scientists with representatives from industries whose pollution the agency is supposed to regulate, as part of the wide net it plans to cast. “The administrator believes we should have people on this board who understand the impact of regulations on the regulated community,” said the spokesman, J. P. Freire.

Meanwhile, a three-month old message from France’s new president, Emmanuel Macron, has been making the rounds on social media again.

In the video, Marcon reiterates his understanding of climate change and support for the Paris Agreement—and invites U.S. scientists, engineers and tech experts to come to France.

Despite Trump’s proposal to cut the EPA’s budget by about 30 percent, that’s not the budget Congress actually passed.

Last week, the online magazine Yale Environment 360 reported those aren’t the only proposed cuts to environment and energy programs that Congress ignored:

At the Department of Energy, Trump called for $2 billion in cuts, with especially steep reductions in programs for renewable energy and energy efficiency. But Congress’s temporary spending bill actually increases funding for advanced energy research and adds $42 million to the Energy Department’s Office of Science.

New Mexico’s piece of the pie

Last week, Sen. Tom Udall, a member of the Senate Appropriations Committee and lead Democrat on the subcommittee overseeing funding for the Interior Department, environment and arts and culture programs, issued a press release that breaks down funding for New Mexico programs.

Among the environment-related budget items:

-$4 million for a long-term water quality monitoring program related to the Gold King Mine spill.

-$400 million for the Land and Water Conservation Fund to the Department of the Interior and the Forest Service for the four land management agencies to acquire and conserve lands and provide assistance to state and non-federal partners. This includes $5.48 million in New Mexico acquisitions ($1.25 million for Rio Grande del Norte and $750,000 for Kasha-Katuwe Tent Rocks National Monument and $3.48 million for Brazos Cliff).

-$3.063 million to the U.S. Fish and Wildlife Service to complete the visitors center at Valley de Oro National Wildlife Refuge in Albuquerque.

The Navajo Generating Station is on the Arizona side of the Navajo Nation. But its operations, and proposed closure, will have impacts on New Mexico.

The Interior Department is holding four “listening sessions” this month on the plant.

According to the department, the sessions will allow people to share their thoughts—in three to five minutes—about the future of the plant. Officials will not be responding to comments or answering questions. (Which I guess is why they’re called “listening sessions.”) People can also submit comments in writing to:  ngs@usbr.gov.

EPA “sidelines” info for students, too

The Washington Post reported last week that the EPA “has sidelined a website aimed at teaching schoolchildren about climate change.”

The link to “A Student’s Guide to Global Climate Change” now says it’s being updated. (Here’s what it used to look like.)

The youth-oriented resource of more than 50 pages, which features educational videos and shows students how to calculate their own carbon footprint, has not been removed. But it is now very difficult for a casual reader to locate, even through a Google search.

If you’re a teacher or student looking for great resources on climate, here are a few suggestions:

The City of Chicago grabbed the EPA’s resources and have them here.

NASA’s Vital Signs of the Planet’s Resources for Educators

Recently, the National Education Association posted advice for bringing climate change education to the classroom, too.

Update: We updated this story after the Interior Department announced a time-change for the listening session at Kykotsmovi Community Center.