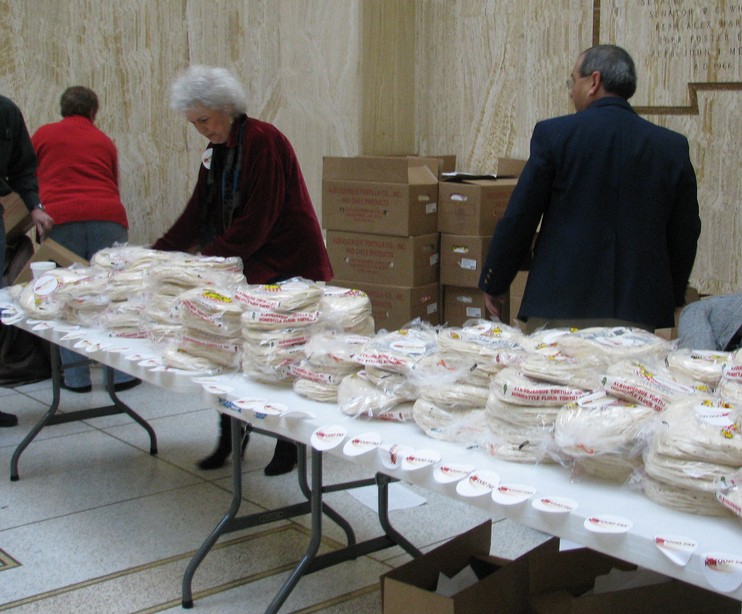 Gov. Susana Martinez would be willing to sign a food tax into law if it were part of a larger tax reform.

The governor told media this after a speech at the Economic Forum of Albuquerque at the Hotel Albuquerque Wednesday.

Purchases of food are exempt from the state’s gross receipts tax and have been since 2004. Those who support the exemption say the tax has a larger impact on poor New Mexicans, since food represents a higher percentage of their spending.

Martinez did say she would oppose the food tax as a “standalone piece,” according to both the Albuquerque Journal and the Santa Fe New Mexican.

“It has to be something that is going to be considered in a very broad tax reform that broadens that base and lowers the gross receipts tax for all the consumers,” she told reporters.

Martinez has said throughout her time as governor that she would not approve any tax increases.

Media coverage of the early discussions on tax reform before the legislative session largely focused on the possibility of a food tax even as Rep. Jason Harper, R-Rio Rancho, sought to focus on other deductions and exemptions.

One proposal would be to exempt those who qualify for benefits through the federal Supplemental Nutrition Assistance Program, formerly known as food stamps.

An omnibus tax bill sponsored by a Republican senator earlier this year included bringing back taxes on food and medicine. An omnibus tax overhaul bill that ultimately passed the Legislature and was vetoed by Gov. Susana Martinez did not include a tax on food.

Since 2004, there have been only occasional, usually half-hearted, efforts to reinstate the tax, all of which went nowhere.

In 2010, the Legislature tried to reimpose the tax. But opponents dubbed it a “tortilla tax” and delivered tortillas to legislators to voice their opposition.

Correction: This story originally referred to Rep. Jason Harper as a Democrat. He is a Republican.