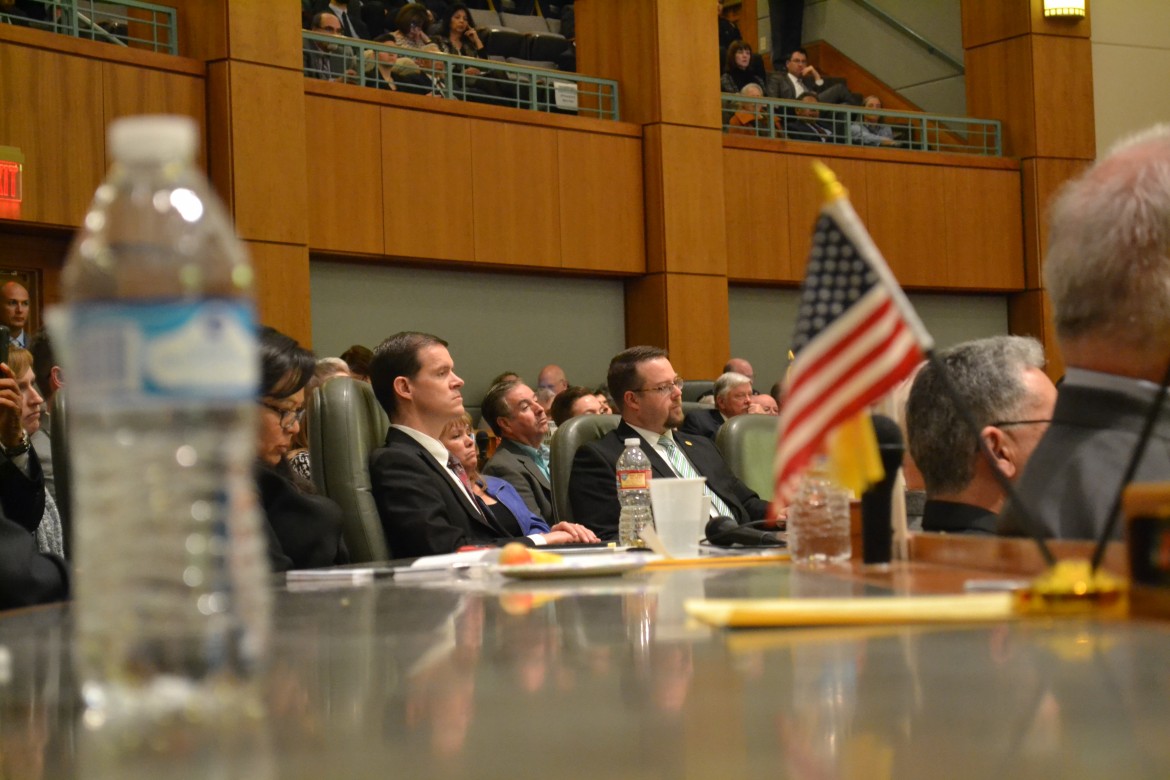 A complex tax overhaul bill failed to clear its committee, and that’s going to further complicate the special session in which legislators are supposed to address the budget in New Mexico.

“That in very high-level, broad terms is what is in this bill,” Harper said when he finished describing the bill and how it differed from a similar bill legislators already passed in March.

After public comment and questions from the panel, the committee voted 6-5, on party lines, to table the bill.

Gov. Susana Martinez pushed for tax reform and even relaxed her no-tax increase pledge, saying she would accept some tax increases as part of a reform effort.

This bill made several such increases, including taxing non-profits and doubling the health insurance premium surtax and the motor vehicle excise tax. Several committee members objected to some changes. Chair Bill McCamley, D-Mesilla Park, specifically mentioned uncertainty in the healthcare market because of the American Health Care Act that passed the U.S. House of Representatives but is stalled the Senate.

By increasing some taxes and doing away with exemptions and carve-outs, the bill would have lowered the overall tax rate by about one percentage point. By adding anti-pyramiding provisions, Harper said this would bring down the state’s effective tax rate significantly.

Harper said many of the changes were minor, like changing the name of a gross receipts tax to a sales tax and the state compensation tax to a use tax.

The state compensation tax addresses things bought in other states that are then brought to New Mexico for use.

“Yes, we made some changes from the bill that was introduced, but I was just happy that we all acknowledged that this was a real problem,” Harper said. He also mentioned this came from “thousands of hours of work” with members of the Taxation of Revenue Department, the Department of Finance and Administration, the Legislative Finance Committee and others.

They were working to finish the bill up until it was “ready for primetime” on Tuesday.

Still, because the bill was introduced so late, its fiscal impact report (FIR) is only preliminary. Analysts say “additional policy analysis and notation of technical issues is needed.”

According to the preliminary FIR, the bill “contains significant differences from the House Bill 412 tax reform proposal of the 2017 regular legislative session.” That bill passed out of the House unanimously in March.

Those differences were a large part of the discussion in the House committee Thursday.

“The debate in the lead-up to the session has been framed in ‘this is a brand new bill, no way to read it or understand it in time,’” Rep. Rod Montoya, R-Farmington, said.

The FIR also said the analysis “is incapable of properly capturing all the issues or properly discussing them” because of the “numerous and substantial” policy implications.

“To do so would require an FIR at least as long as the bill itself,” analysts said. “This means it can be difficult for legislators and citizens to understand all of the policy implications without thoroughly reading the bill and discussing implications with experts. “

Rep. Miguel Garcia, D-Albuquerque, said the bill would put a burden on working families and the poor, mentioning taxation on non-profits and prescription drugs.

Still, Republicans said the bill should advance because it is necessary.

“If we don’t do it now, then it’s not going to happen,” Rep. Rick Little, R-Chaparral, said.

That the hearing even happened was a surprise. Earlier this week, House Speaker Brian Egolf, D-Santa Fe, told media there would be no hearing because the text wasn’t public.

When asked about that, Harper said he believed that Egolf wanted to honor his agreement to hear the bill.